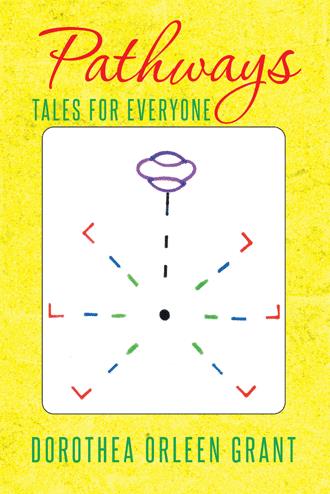 Love And The Toad

Once upon a time in a garden at a damp and isolated dark castle in Scotland, lived a cold-hearted toad in a cold pond. The toad was Prince Drostan, who was cursed by a fairy princess to live a long life as a toad for his uncaring, angry and mean ways. The spell could only be broken when he chose to genuinely love, become caring and affectionate from the heart, and to be loved. In the garden pond the other frogs, toads, and fishes would swim away when he came nearby. The pond creatures were fed up with the toad’s negative ways and attempts to bully them. So it was difficult for him to make friends with the other pond creatures.

A beautiful peasant girl named Sunda lived in a small village close to the deserted old castle. Sunda lived with her father Ian, and mother Agnes. They were farmers. Sunda was sixteen years old and liked to wander off on her own during her free time after her daily chores. Plus, she had lots of time during the day to explore because she was on summer holidays away from school. Sunda was an only child. Sunda’s closest friends were Jeff the fox and Glenda the blue jay.

Sunda had found Jeff in the woods when he was a baby. She took care of him so he became a pet friend of hers. When Jeff was a year old, she helped him adjust to living on his own in the woods like a normal fox. They were good friends, and sometimes spent time on many adventures. Glenda the blue jay flew from place to place and Sunda met her when she was taking a walk one day in the woods.

One day Sunda was on one of her usual adventures exploring in the woods. She had decided to go beyond the village to a path along a hillside that led deep within the forest. She walked and walked. It seemed to her over an hour had passed. Things started to look unfamiliar. She was lost and she knew it; very lost. She had taken the wrong path. But the trees and surroundings seemed to get more and more mysterious.

“This is interesting,” she thought to herself. “I should not go any further,” she decided. “I should retrace my steps and find my way out of the forest back to where the path was familiar to me,” she said out loud. As she continued to walk through the enchanted forest, she came upon a dark and damp old castle covered with green moss and vines. Every plant around the castle as far as the eyes could see was overgrown. Sunda wondered what this place could have been, and who might be living in it. The castle looked deserted but she slowly crept up to the large front door, which was opened a little, cleared some creeping vines away; slowly and cautiously she pushed the door open and peeked in.

Sunda held her breath from the musty bitter smell, and shivered as a very cold feeling swept over her from head to feet. Sunda called out through the darkness “HELLO! HELLO IS ANY ONE HERE!” but there was no answer, so she quickly left.

“It was not a good idea to explore this castle by myself. I must find the path back to where I began. I am hungry and tired. The sun is way up in the sky. It must be past lunchtime. I am thirsty. I will return tomorrow with Jeff after my morning chores,” Sunda said.

After lunch she took a nap. Being so tired she fell into a very deep sleep. Her mother was busy doing the laundry.

That night when Sunda lay in bed she thought about the dark, musty, smelly, and mysterious castle. She wondered what was the uneventful, sad, but enchanting feeling that seemed to be beckoning her and compelling her to enter, and to venture within its dark womb. She said to herself out loud “What lies within this seemingly doomed castle.” She fell asleep that night after telling herself that she would return to the castle the next day.

It was a cloudy day when Sunda woke up the next morning. The sun was hiding behind layers of clouds. She went about doing her chores as quickly as she could. “Mother,” she said, “I am going for my walk in the woods.” “OK!” her mother replied loudly. Sunda’s father had already set out early in the morning to take the goats, sheep, and cows with Denny the dog to the green pasture in the valley. Denny was a good shepherd dog. Sunda loved excitement, adventure, mystery, and exploration. Some feelings were still beckoning her to return to the castle. Although Sunda wanted to return to the castle, she was scared to go back alone.

“I will stop to see my friend Jeff the fox on my way to the castle. He could be my company, and maybe he will have some suggestions on how to go about visiting the castle again,” Sunda said out loud to herself. Jeff the fox was sly, wise, adventurous, and seemed to be filled with bright ideas. Walking along for about fifteen minutes, Jeff the fox sneaked up behind Sunda, “Hi, there, and how are you today?” asked Jeff slyly. “I am fine Jeff,” said Sunda. She then continued to tell him about the castle she had discovered.

Jeff decided to go with Sunda to the castle. They stopped to drink some water at the rolling brook, and to eat plums from a tree that was along the way.

Sunda and Jeff arrived at the castle. Sunda slowly and cautiously pushed the door open, and Jeff the fox crept in cautiously by Sunda’s side. “Wow it sure stinks in here,” said Jeff. Sunda agreed. The cold dank smell and the grey darkness of the castle sent shivers up Sunda’s spine. They looked around the castle slowly. They cautiously started at the entrance. The windows and beautiful furniture were all covered with moss, dust, and spider webs. Very creepy.

Out of nowhere there was a rustling sound of papers and leaves. When Sunda looked down on the floor it was covered with paper and leaves. Running from under the paper, which littered the floor, was a fast movement. A white mouse ran hurriedly into a hole in the wall next to a beautiful yellow chair. A majestic looking harp was sitting sideways on the yellow chair. All of a sudden another mouse leaped out of the yellow chair from under the harp. It almost landed on Sunda’s foot. Sunda shivered and jumped back, screaming “HELP! HELP ME!”

The fox jumped to her side and said, “I think we should leave now.” Sunda agreed. 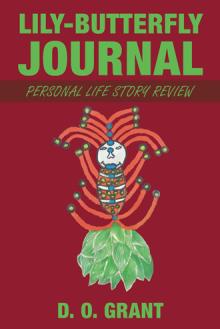 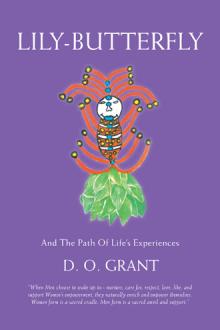 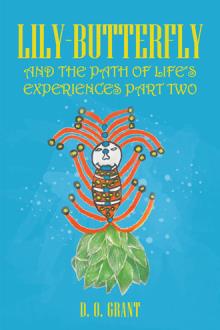 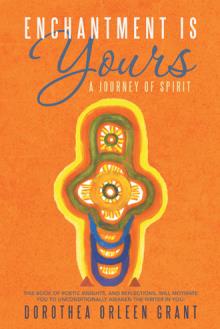 Enchantment Is Yours
Dorothea Orleen Grant
$17.99

Pathways, Tales for Everyone is a collection of five short stories that can be motivational, inspirational, exciting, mysterious, entertaining, enlightening, and spiritual. These stories can be enjoyed by children and the child in people of all age. The names of the stories are “Love and the Toad,” “Love Finds A Way,” “Ducky’s Transformation,” “A Divine Partnership,” and “The Three Tree Friends.” Plus, a bonus feature in this book is a chapter on the awareness of the seven major energy centers, called “Chakras.”

This book is entertaining, motivational, inspirational, and could positively transform your attitude.

Dorothea's career is currently in holistic healthcare. She received certified professional training as a metaphysician, a shaman, healer, sage, and Reiki grand master teacher. She is the founder and president of Dogca Universal Wellness, located in Midland Park, New Jersey. Dorothea is the author of "Chakras" Introduction to the Seven Major Energy Centers and two guided meditation CDs. She lives in New Jersey.