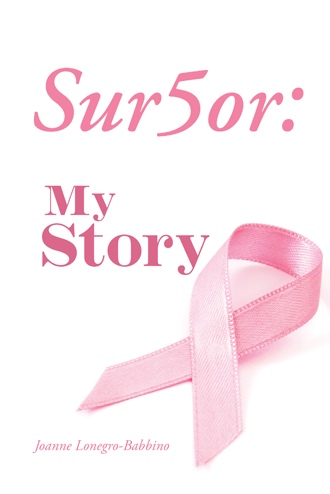 I had gotten a script for my baseline back in late 2001 and I put it off. “There’s no history of Breast Cancer in my family”; “I am not at risk”; “It is just a baseline”; “I heard that it hurts” and many other thoughts of this nature crossed my mind. Well I put it off a little while longer and then in the summer of 2002 I was pregnant with my second child. Megan, my oldest, was 3 ½ at the time. “Well, I can’t do it now” I said to myself.

I had Emma in April of 2003. I went for my obgyn check up in the fall of 2003 and they mentioned to me that it looks like I never went for my baseline mammogram. They gave me a new script. I knew I had to make an appointment. But I waited (ok procrastinated yet again). My mom suggested a certain technician who uses a heating pad to keep the x-ray unit nice and warm and she said that the technician was great. Well apparently she was so great, that in order to get an appointment with her, I had to wait until January 14, 2004. So I made my appointment and waited…..

In June 2003, since I am the big planner and organizer of the family (just like my mother); I started planning my sister’s honeymoon cruise. She was getting married in April of 2004 and the people in the bridal party and a few friends were going to join her and her husband on a honeymoon cruise. I did all the research and made all of the reservations for 14 of us to fly down to San Juan and take a “Southern Caribbean” cruise that went to Barbados, Aruba, Saint Thomas, and Dominica. I coordinated the entire vacation. Since the plans were being made so far in advance and we all had children, we all purchased Trip Insurance just in case…. We were all psyched to get away together and couldn’t wait for the big day.

In the mean time, in October/November 2003, I got a call from a friend of mine with some, not so good, news. She was diagnosed with Inflammatory Breast Cancer, which she said was technically Stage 4.

I had never heard of it before. She said that since it’s not as well known it is not usually diagnosed correctly until it’s too late. It is not the “lump” kind of breast cancer. It starts off looking like an allergic reaction, the skin looks like an orange rind and the person is usually sent to a dermatologist to try many skin remedies and then when that doesn’t work they finally realize it’s cancer. Since it is a highly invasive and fast spreading cancer, they could not start with the surgery because that would aggravate things and she would surely not survive. She was going to have to have radiation, then a mastectomy and then Chemotherapy. So my friend started on her path of treatment and questions and worries. I was very worried for her because she had a daughter around the age of seven. Although we didn’t live very close to each other anymore, I made sure that she knew that I was there for her for whatever she needed.


Chapter 2 – The Year I Would Like to Forget? –
The Beginning

On January 14, 2004 I went and had my mammogram. “Well, that’s done what a relief and it wasn’t as bad as I thought it would be”, I said to myself and I ran off and did some errands. I got home about an hour or so later and there was a message on my answering machine saying that I needed to call the Radiologist office. For some reason, right at that moment, I felt my stomach drop and I got a really uneasy feeling about that message. I am usually a “glass is half full” type of person. Normally they send a letter in the mail. They don’t call you right away unless something’s up. I called them and they said that since I was young, I had dense tissue and that I needed to make an appointment for additional mammograms and a sonogram. The first appointment they had to do both in one appointment was not until a week later, so again I waited…….and worried quietly.

On Wednesday January 21, 2004 I went for the additional mammograms and a sonogram. By that time I was a little “amped up”. I told the office personnel, the technician and whoever would listen that I was not leaving until I spoke to the doctor who reads the films to make sure that they got all the information that they needed and found out what was going on. I WAS NOT GOING TO WAIT AGAIN!!!! The Office Manager understood my anxiety and assured me that I wouldn’t leave without being informed.

I sat in the waiting room for a little while and then they called my name to go into the office. The Office Manager took me back to see the radiologist. My heart was pounding. I just did not have a good feeling. I can’t really explain how I knew something was wrong, but I just did. That’s when the radiologist told me that there were some regular cysts and then there was this one lump/spot in my right breast that didn’t look like the others and that I should get in contact with my obgyn and get a referral to a surgeon during the next couple of weeks. Well my response was that I was going to sit there and wait for copies of my films, and that I was going directly to the OBGYN. I was going to see someone, get the referral and see the surgeon that day!!! Needless to say, I think that they thought I was slightly certifiable at that point. But when someone gives you this type of information, do they really expect you to just sit back and wait a couple of weeks? Really Now!

They saw how “nuts” I was and called the obgyn and told them to expect me. At the same time, I was calling the obgyn and telling them that I wanted to see someone immediately. I can be a real bitch when I’m scared or threatened…so here I was going nuts all by myself. I was supposed to go back to work that afternoon, but I couldn’t. I called my friend in the office and she suggested that I take the rest of the day and the next day off to get things in order and that she would tell my boss what was going on.

I called John, my husband, to tell him what was going on, he was of the notion that until they told us otherwise everything was going to be fine. I explained to him that I just “knew” but he said that we really needed to wait and see for sure. There was no convincing him at that point.

I got my films in my hands and took off. I went directly to the obgyn with my films. They were expecting me, of course. I spoke with the doctor and the nurse practitioner. They got me in contact with a surgeon, but he only had office hours on Monday’s and Friday’s (he was in surgery the rest of the week) so they made an appointment for me for Friday…..and then I had to wait for a day and a half….that was honestly one of the hardest things to do. I wanted to know now! I have a hard time with the unknown (as I’m sure most people do), but I can tell you that the waiting in these types of situations is excruciating! It takes a toll on you mentally. I use my brain a lot (being a Type A person) so it was very painful to wait and not know.

I knew something wasn’t right. I knew it was “bad”. I don’t know how, but I just knew. John was being the optimistic one. He would say, “Everything is fine until they tell us otherwise”. Yeah right, now that was easy for him to say.

Do you have breast cancer or know someone who does? Do you think the situation is hopeless? When I was diagnosed with breast cancer, it was one of the most frightening experiences in my life. Through my firsthand experience, I found a lot of great information and answers to questions that others may also have. My story contains a wealth of information and insight that I hope may help others in a similar situation. I called it Sur5or because when you reach the five-year mark from your diagnosis, you are considered a survivor.

Joanne Lonegro-Babbino is a breast cancer survivor. She was diagnosed in 2004 with infiltrating ductal carcinoma. She attacked this challenge head-on without missing a step. She experienced the ups and downs of surgery, chemotherapy, and radiation, all while working full-time and raising two very young children. Joanne wanted to take the time to share her experiences and let other people know that they too can survive. She also got treatment from a holistic provider (alternative medicine), and she wants everyone who is experiencing breast cancer or knows someone who is to know that they have options. Although her situation may not be exactly like someone else’s, she felt that it was important to document her experiences. Joanne’s goal is to provide some answers to questions that someone who might be fighting the battle with breast cancer or any other challenge in their lives that they feel might be too much to handle. Joanne Lonegro-Babbino grew up and currently lives in Hauppauge, New York, with her husband, John, and two beautiful daughters, Megan and Emma.