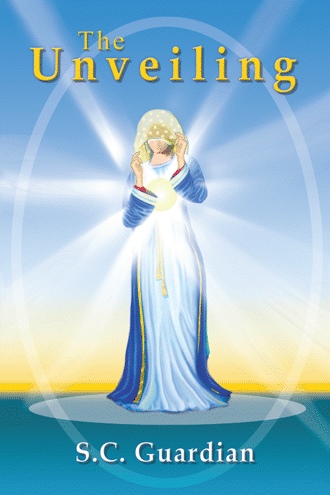 Prologue Clarity’s one-year fellowship at Dramco, a drug company in Hidden Valley, was coming to an end. She was moving back to Russia and I offered to help her pack. As we drove to her home, we reminisced about her year at the laboratory. “I can’t believe I’ve been here for a year,” Clarity glanced over at me in the passenger seat. “I’m so glad we became friends.” “I’m going to miss you,” I said. “Work just won’t be the same.” Even though Clarity was in her late twenties and younger than I, we became close friends. She usually wore a broad, warm smile, which made it easy to like her. We drove along in silence for a while. Then out of the blue I said, “It’s strange how major changes seem to occur in my life after the death of people I love. I met my husband after the death of someone close to me.” “Who died?” Clarity asked as I pulled up in front of her apartment. I choked up and shook my head because I couldn’t answer. Tears dimmed my vision as we walked up to the building. In silence, Clarity unlocked the door to her apartment, put down her things and went to the kitchen to put the kettle on. After settling down with a cup of hot coffee, Clarity asked again, “Who died?” “Champion, my older brother,” I answered reluctantly. “I was only twenty-one years old at the time.” “How did he die?” Seeing that I was unable to answer, Clarity asked softly, “Did he take his own life?” “How did you know?” I answered in surprise. Clarity hesitated before she confessed, “I can see and feel things that others can’t.” Her honesty and frankness inspired me to open up. Through my tears, I recounted what I knew about Champion’s death. “It was twenty years ago, back in Bay City. The police arrested him when they caught him unloading guns from a car and carrying them into a building. He was not a bad boy; he was just involved with the wrong crowd. Members of his gang raised bail money and helped him flee to Honduras with Adventurer, his girlfriend. Pretty soon he ran out of money and in desperation hijacked a plane to Cuba, where he was arrested and apparently committed suicide by hanging himself in his jail cell. That’s all we know.” “Are you sure he went to Cuba?” Clarity asked with surprise. “I felt that it happened somewhere else. There are banana trees like you find in a jungle. I see him hitting dirt.” “That’s the story we heard. This happened during the Vietnam War. Since the U.S. didn’t have relations with Cuba and with nowhere else to turn, my mother, Dragon Lady, wrote to the Algerian embassy asking for more information. Davis Whipple, an activist who worked for the embassy, responded and confirmed the story that my family heard from Champion’s friends. Rumor had it that Adventurer returned from Cuba four years later, but she has never contacted our family.” “Can I tell you what I’m feeling?” Clarity asked. I nodded, not knowing what to expect. “I don’t think Champion committed suicide,” she said. “They didn’t want him to go to trial because he knew too much, so they helped him out of the country to keep him quiet. They, whoever they are, were not up front with him and when Champion realized he was in danger, he fought them; so they killed him. Champion did not kill himself. He was stronger than that.” Clarity used her fingers to form the shape of a gun; then she took aim and shot twice. “You’re angry because the people at the embassy lied to you,” Clarity continued. “They told you he took his own life in jail. Now you know that’s not true.” Clarity’s insight enabled me to grieve openly for Champion for the first time in more than twenty years. She leaned toward me and put her arm around my shoulder as tears of sadness overwhelmed me. “Champion has always been with you. Well, not all of the time, but most of the time,” she corrected herself. I straightened up and asked with bewilderment, “What do you mean? How do you know this?” “Your brother told me,” Clarity responded. “Do you want to hear more? I don’t want to alarm you.” “Yes,” I answered with doubt in my voice, not knowing what more to expect. “He loves you very much, and has told me how close you two were,” Clarity said. “I think about him often and grieve for him in private.” Tears welled in my eyes. “My feelings are as strong now as they were twenty years ago.” Clarity brought her hands down on the table and stated emphatically, “Champion says you must stop this crying right now!” But I couldn’t hold back the tears. I was finally able to release and acknowledge my bottled-up emotions. Champion was gone forever and I was terribly sad that I could no longer talk with him. At least that is what I believed. My thoughts went back to the night twenty years ago right before Champion fled. He and Adventurer came to the house and begged Dragon Lady for help. Although Champion disliked our parents and had not gotten along with them for a long time, he was desperate and scared. He needed some money and a good lawyer, but Dragon Lady refused to help him. “You will have to face the music by yourself. I warned you not to hang out with those bad people. They are nothing but trouble,” Dragon Lady stated. “You didn’t listen to me so now I can’t help you.” “So you won’t help me get a lawyer?” Champion’s question sounded more like a statement. “No, Champion. I can’t help you. I don’t have money to waste on a lawyer,” Dragon Lady said. “You’re an adult now and will have to get out of this predicament by yourself.”

When her brother was tragically killed years ago, S. C. was angry, vengeful, sad, and confused. She loved her older brother dearly, and set out to find answers about his death. She started writing to heal herself, and the writing led her to new understandings. In addition to the writing, she began seeking answers. This is how Unveiling was born.

Unveiling is based on S. C.'s real life experiences as she searched for answers about her brother. In the Unveiling, Champion, the brother, is the main character and his younger little sister, Seeker, is out looking for answers about why he died. When she starts to uncover the truth about her brother's death, she is awakened to a whole new understanding of life, and she learns secrets to living her own life well.

More than 20 years in the making, Unveiling started as a painful tragedy, but developed into a gift when Seeker – much like S. C. in real life – discovered the gift her brother gave in his death.

"The purpose of this book, Unveiling, is to share what I’ve learned from this experience," S. C. explains. "My brother's passing was a deep gift because it triggered in me a Spiritual journey, as a result of the gifts he showed me. Life is different when you live from a totally different Spiritual perspective. Life has become easier for me because I now have the tools and understanding of how to be in the world, but not of it."

S. G. Guardian was inspired to write this book after her brother's tragic death. When she started writing the book more than 20 years ago, she was angry and sought retribution. But as she wrote, and as she sought answers, her perspective shifted. Thanks to her dialogue with Advisor, she began to see that although her brother's death hurt her deeply, it also allowed deep gifts to come to her. This book is a celebration of her brother, and of the teachings that brought S. C. to where she is today – a much calmer, more peaceful place. It is S. C.'s great hope that the Unveiling will help others who are seekers of knowledge along their own Spiritual journeys.