Slowly, I Start To See

The Person I Want To Be 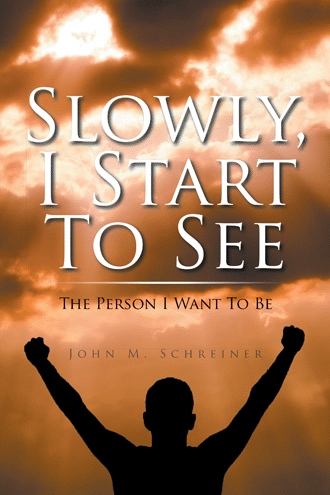 “For the baby boomer generation, a home is now seen not as the cornerstone of advancement but a ball and chain, restricting their ability and their mobility to move and seek out a job at another location.” - Mortimer Zuckerman My wife and I were born in 1956, members of the generation referred to as baby boomers, raised by parents who grew up in pre-World War II America. In their day, your word was your bond and a handshake was as good as a signed contract. A young person who lacked experience or an advanced education could find a job simply by being ambitious and showing a bit of initiative. In their America hard work and dedication was enough to allow you to rise from the bottom and work your way to the top. Our parents never purchased anything on credit (with the exception of perhaps a house) and if you really needed something, you simply saved your money and bought it with cash, after all “what was worth having was worth waiting for”. Their plan for retirement was simple and did not require an advanced degree in finance. They simply worked hard, spent as little as possible, and saved the rest. They paid off their mortgage and when they reached 65 years of age they retired on a combination of social security, pension funds, and their savings. While our parents were busy working, raising their children, and living their lives they paid very little attention to the economic, political, social, and moral changes that were occurring around them. In later years when I asked my mother about her recollections of some historical event she would say, “I don’t remember I was too busy raising you kids at the time.” They didn’t receive an owner’s manual to accompany the birth of their children, so they did the best they could by following the advice of their parents. This included treating us with home remedies, as my mother administered the concoctions she would say, “This will either cure you or kill you.” This revelation didn’t fill me with confidence. The approaches that worked they kept and the ones that didn’t they discarded. In turn they passed on these lessons in life to us. Once we entered adulthood and ventured out into the world freeing our parents from the responsibilities of child rearing, they now had the time to look around and see how the world had changed. Our mothers, now free from the obligations of parenthood, started to ask themselves “what now?” Upon reflection, our parents decided to ignore the limitations of their youth and enjoy the fullness of the second half of their lives. They accepted the new, relaxed morality which contradicted their notion of marriage and relationships. Our mothers, no longer satisfied with the role of dutiful wife, searched for new meaning in their lives. They yearned for financial independence, romance and adventure. The marriages which were able to adapt survived, while others tragically ended in divorce and a division of assets including their hard earned retirement funds. Houses were sold, lives were disrupted and future plans were scrapped. Our parents’ divorce taught us that “Till death do us part” no longer applied and staying together for the rest of your life was no longer a given. This was the first of our parent’s principles that simply faded away. For us, this was just the beginning of a long period of reexamination of our parent’s belief system, one they held so dear, which they attempted to pass on to us. Though we quickly embraced “the new morality,” our parents, many of whom were now single and feeling alone, slowly accepted this new way of thinking. Our parents tried to balance their principles with the open lifestyles of the time. Second marriages and retirement gave our parents a completely new perspective on life, and as the years passed and the infirmities of old age began to take its toll, our generation discovered that we were not only caring for elderly parents we were also continuing to support adult children who were still trying to “find their way in the world.” We went from simply being baby boomers to becoming the “sandwich” generation caught in the middle between our parents and our children. My parents were affectionate and nurturing people who tried to do the best for their children, but their approach to life didn’t translate well to my life. I discovered that following their rules, which were supposed to bring us happiness and success, propelled me into a cycle of unhappiness of buying, spending, and debt which seemed impossible to escape. Now I’m not suggesting that you read this book and then, in turn give away your savings, walk away from your house, or join a monastery, on the contrary if your possessions bring you joy, so much the better. But ask yourself do you own your possessions or does your possessions own you? If you love what you do and life is grand and glorious, then you are truly blessed, but if you find yourself dreading Monday morning (or the start of your respective work week), if you find yourself spending more money and buying more things in an effort to find happiness, then perhaps you will find this book insightful.

In 2013 my father fell seriously ill, as his life changed so did our relationship. As I watched his life slip away, I began to re-examine my own life. That’s when I decided to chronicle my journey through this period of change. The traps that I fell into while trying to live up to the ideals he had passed on to me. Feeling lost, I tried to buy happiness, only to find that I was caught up in a cycle of spending, debt, and deeper unhappiness. I was spiraling downward into an emotional abyss. Then, after years of riding this “unhappiness cycle” I realized that I had to reinvent myself. So I adopted a way of life that brought me peace and contentment and a way out of the unhappiness cycle. Only then did I realize who I was and who I wanted to be.

John Marshall Schreiner, M.S., is an author and teacher. For years he lived as he had been taught to live, until he discovered he was trapped in a cycle of unhappiness. Through a series of self-revelations he reinvented himself and became the person he wanted to be.