Dreams, Fantasies, and Visions of a Feminine Nature 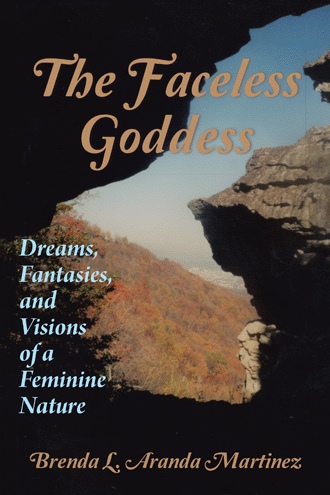 As I began to slowly develop a different perspective on reality, one thing stuck out for me the most - and that was that the One Divine Consciousness had been with me, and had been guiding me, throughout most of my life. I began to realize that it had been Divine Consciousness that had visited me in the guise of a monk when I had been fifteen years old. I knew that it had been the Divine Consciousness within me making Itself known when I had dreamed about turning into Spider Woman when I had been in my late twenties. It had been Divine Consciousness that had spoken to me the night the golden liquid had flowed into the center of my being. In all three of these experiences I had come face to face with the Divine part of myself that had the wisdom, the knowledge and the power to help me to change and to grow and to become more aware of the Divine being that I was. Eventually I would encounter the idea of archetypes and begin to understand how important they were in my personal development, not only as a spiritual being, but especially as a human being.

Within everyone’s personal story is the presence of the Divine making Itself known. In The Faceless Goddess: Dreams, Fantasies, and Visions of a Feminine Nature, the author tells the story of her own life experiences, which is really a personal journey in search for the Divine in her own life. As a child and an adolescent, the author is not aware that the journey is taking place. As an adult though, she begins to realize that something extraordinary is taking place when she begins to ask questions such as “Who am I?” and “What purpose and meaning does life hold for me?” Over time, and with much introspection through dreams, fantasies, and visions, as well as with her work with the archetypes, the author begins to realize that her search for the Divine is really a search for her True Self. She also discovers that by finding her True Self, she will also find the purpose and meaning to the life she is living. Eventually, she comes to the conclusion that life itself is an expression of the Divine in the living world. And that humans’ experiences are a living testimony that the Sacred and the Divine are ever present in the world around them and within their very being.

Brenda L. Aranda Martinez is an LCSW with 18 years counseling experience. She lives in Southeast Louisiana with her husband, Paul, and two dogs, Woody and Cinnamon. Brenda has had a lifelong passion for writing and art, and a deep interest in the search for meaning and purpose through spiritual and psychological development. Brenda has a degree in General Studies from the University of New Orleans, with a focus on psychology, sociology, and health education. She received her Master’s in Social Work from the Southern University at New Orleans. After Hurricane Katrina, Brenda received training through the Center for Mind-Body Medicine in a holistic approach to counseling people with trauma. The Center for Mind-Body-Medicine was established by Doctor James Gordon. The center is located in Washington, DC. Brenda has worked extensively with people who have experienced trauma — including populations with chronic mental illness; mental, physical, and sexual abuse; chronic and terminal illnesses; and death and loss; as well as with veterans of war. Brenda’s other interests include studies in comparative religions and spirituality, Jungian psychology and philosophy, metaphysics, anthropology, archeology, quantum physics, and ecology. Besides art and writing, Brenda’s other hobbies are reading, gardening, and genealogy.