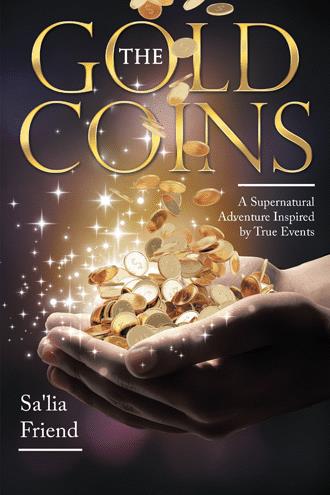 The lady smiled at me as she watched me process and consider my own life, “You believe, but you do not live as a believer. You forgot one of the earlier conversations we had.” “What talk was that, and when did we have it?” I asked with a bit of annoyance in my voice. I realized even as I said it that I was more annoyed with myself than with her. I knew that this spirit had been a special part of my life for a long time, but it had been a while since her last visit. I was getting older now, and I was not particularly happy with our current conversation. I wanted to blame someone for my restlessness and irritation with life, and the lady seemed as good a scapegoat as anyone. “Daughter, as you think of time, it was a little over thirty years ago. You were pouting because you felt like you didn’t receive any personalized attention when you went to Toronto.” She smiled at me. “Do you remember that?” I didn’t have to think hard. I remembered James and I taking many trips to Toronto hoping to tap into the “Toronto Miracle,” as it was sometimes called. I remembered many church folks going and even more coming back and speaking poorly of the happenings there. Whether right or wrong, I wanted my own personal connection with my Maker, and while it didn’t fit into any religious structure that I knew of, I also believed that if God wanted to show up in a little hole-in-the-wall church and start to do crazy stuff, then He could. I also knew that if crazy stuff started to happen, it would attract crazy people. I didn’t consider myself crazy. I just wanted a personal encounter. After going a few times, my husband and I took some friends. We had interesting experiences while we were there, including not being able to walk or just feeling drunk in the place. We also saw some really out-of-this-world stuff happen. When we took our friends, though, I felt nothing. I was really disappointed that God had deserted me. By the time we drove back home to Pennsylvania, I was really in a funk as I listened to our friends excitedly discuss their experiences. I put on a great face, but inside, I was stewing. I had a one-way conversation with God, telling Him how disappointed I was that He chose to ignore me. When we got home, I walked into our house and received the biggest, most special hug from the air! It felt like my mother had run a thousand miles to reach me, and when she did, all of her energy went into hugging me. The hug was so fierce, so unexpected, I fell against our living-room couch. Just as I hit the couch, my inner ear heard, This is just for you.

The Gold Coins is based on real event. A few names have been changed. Some of the places have been renamed. Much happened exactly as described. In other cases, I fictionalized some of the details to provide clarity. I also took liberty to fill in the blanks of my brain whenever I forgot some details. It is my hope that you will accept there is more to our existence than what we can see with our physical eyes. We tend to be skeptical about things we do not understand. That is healthy; however, I hope, you also possess a healthy curiosity and vivid imagination. Both are powerful tools that can open up a new world for you to explore. I am blessed to be connected with many people who proudly embrace woo woo-ness. These are every day, ordinary people. Some are wealthy. Some are working class. Some live hand to mouth as the spirit leads them. All live life to the fullest. Likewise, I am connected with religious people – Christians, Muslims, Buddhist, Hindu, Jewish. And, then I am connected with those who only believe in the science. Most of the time I only understand a nth of what they are saying but I appreciate that nth because it shows me yet another aspect of the Universe. It is because of the teachers in my life that I was finally able to write this book. I am a woo woo Christian that also believes in science. We only know a small portion of all there is to know and by connecting with each other, accepting each other, loving each other, forgiving each other and supporting each other will we be able to continue to exist as the human race. Be well and enjoy this gift of life!

Sa’lia Friend works in higher education as an administrator and instructor. Her life’s work has been focused on public service, resolving conflict, improving communications and building bridges across divides. She is a strong believer in the mystical nature of life, the healing power of forgiveness, the life-changing gift of faith, hope and love, and the interconnectedness of all creation. A proud veteran of the U.S. Army, Sa’lia loves to read, enjoys writing and is an avid watcher of cooking shows, especially The Kitchen, Chopped and Beat Bobby Flay. She also enjoys experimenting in the kitchen sometimes with dreadful results. Sa’lia spends her time playing with her German Shepherd, dreams of starting a garden, traveling with her husband across the country and around the world, visiting animal sanctuaries, attending food festivals and enjoying the best wine while listening to jazz. She is proud of her kaleidoscope family including all of the family-friends, adopted children and grandchildren.