How I Healed My Life

From Crises and Cancer to Self-Empowerment 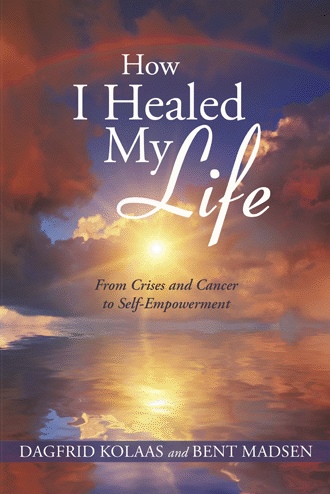 "Then you must accept chemotherapy, radiation and hormonal treatment" she told me. In the meantime I had read about the side effects of those treatments so I politely turned down this offer as well. The doctor obviously found me to be an impudent patient and began to get agitated and I began to cry. Things were getting really wild. She ran out of her office and after a while she returned with a typed piece of paper. Tears were still welling up in me. The young doctor had written a document I had to sign. It claimed that I had rejected all further treatment and that I had to take 100% responsibility for my own life. Additionally she screamed hysterically to me: “Now the alternative therapists are going to cheat you and take all your money. You will get a full spreading and you are going straight to your death!” Then I felt she had gone too far and told her, I felt this abusive. She laid the document in front of me. Something strange happened in that very moment. A power was welling up inside and filled me up as I signed…I was taking responsibility for my own life! From that moment on I knew, this was going to be all right. Yes, quite simply, I was feeling happy. Very short interval between feeling catastrophic to feeling powerful.

Are you curious about new knowledge about health? Are you not satisfied with the usual explanation to cancer? Is there something that the doctors don’t know? What can I do myself to heal my cancer? Is there a connection between my life situation and my cancer? In How I Healed My Life, Dagfrid Kolaas seeks to answer your questions and put the topic of cancer in a whole new light. You will be deeply touched by Dagfrid’s history. She candidly shares her journey from divorce, crisis and subsequent cancer diagnosis to her finding her own strength and complete healing. Inspired by Louise L. Hay and Brandon Bay, she let herself be guided by her own inner voice. Much of what she found on the journey may be of great joy and inspiration to others in similar situations. How I Healed My Life shows how cancer can be understood at a much deeper level than most people think. The heartwarming storytelling style makes the book easy to read and informative. The fear of cancer becomes to hope of healing. How I Healed My Life also contains a comprehensive mind-body encyclopedia in which you easily can find what emotions or situations that cause your particular disease or cancer. It is a home pharmacy that deserves to be in every home.

Dagfrid Kolaas has worked many years as an integrative medicine therapist. In recent years she has been a META-medicine master trainer in Norway, Denmark and Estonia, and has been a member of the Advisory Board for International Meta Medicine Association. She lives on an organic farm in the mountains of western Norway. Bent Madsen is educated as an electronic engineer. In the last thirty years, he has used his innovative skills to bring integrative medicine to a higher level and to understand the mind-body connection in new light. He lives with Dagfrid Kolaas in Norway.