The Wall of Secrets

Memoir of The Almost Daughter

by Claire Hitchon & With Janice Harper 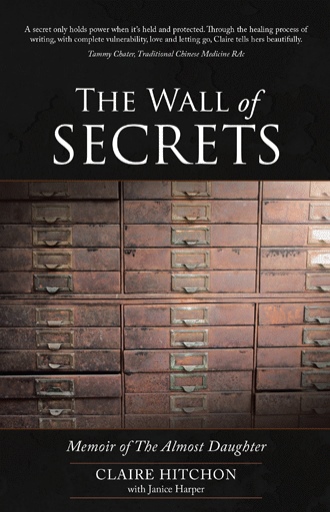 Chapter 1: On the Outside Looking In

The last time I saw my mother, she told me I was dead. “Dead to us,” was how she put it, leaning over my hospital bed, my wrists bandaged and bloody and my head hurting so bad it felt like someone had hammered nails into my brain. That was from all the pills.

“I’m so embarrassed,” my mother wailed, followed by a barrage of insults before telling me I could never come home.

Why would I ever want to go home? I wondered. I hadn’t been home in years, not since I ran away when I was fifteen and ended up living on the streets of Toronto. Those were the wild years, the years of playing guitar, smoking pot, and running with Satan’s Choice. They were a pretty rough motorcycle gang, but they were good to me. That’s when I got addicted to heroin and things really got weird. After I got out of prison, I started turning my life around. I couldn’t have done it without my friend, Daryl. She was an amazing woman, and an amazing musician. We made such wonderful music together.

But then she got sick and died.

I just couldn’t handle anymore shit in my life, so when she got really sick I got the pills. I don’t remember swallowing the whole bottle, and I sure don’t remember cutting my wrists.

But I sure do remember waking up in the hospital to find my mother leaning over me, her red lipstick smeared across her mouth as thick as frosting making her lips look like a gashing, blood-drenched wound, like the severed flesh of my arms.

“As far as we’re concerned, you’re dead to us,” she hissed, then turned around, grabbed my dad by the arm and walked out.

I first began to understand the terrible secret of my birth when I was eight years old. I didn’t clearly understand it, but the truth started tickling my brain, like truth does sometimes.

I had this cousin, Sherry. Sherry was a mean girl, and she always let my cousins know they were adopted. They were two girls on my mom’s side, and they’d been adopted and my cousin Sherry liked to point that out.

“You’re not even real family!” She’d taunt them, “Your parents gave you away!”

I always bit my tongue when she said that. I didn’t quite understand it completely, but I knew that they were real family and that my cousin was just being mean.

Then she started saying it to me.

That’s when I knew just how mean she was, and that her words were just lies. She just said that about any cousin she didn’t like, I decided. My other cousins, the adopted ones, said she was right, that I was adopted, too, just like they were. But I knew they were only saying that so they wouldn’t feel so alone. Obviously, I wasn’t adopted. I had baby pictures to prove it.

But that’s when it started to tickle my brain.

What if I was?

So I asked my mom, a few times, but she just ignored the question or simply changed the subject.

She probably thought it was a ridiculous question. 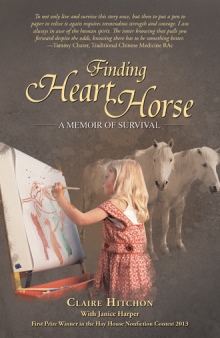 Do you feel you belong; that you fit-in in this world? Have you experienced abuse, adoption, loss, and grief? The Wall of Secrets was how I survived those feelings of not belonging, not fitting-in; not being wanted or loved. Each drawer holds one of my traumas, one of my secrets. Not only do adoptee’s struggle with these feelings, but perhaps everyday people like you do as well.

My first memoir, Finding Heart Horse, led me to a place where I was able to open my Wall of Secrets one drawer at a time, and heal the many traumas. I go from being the “street kid” in Finding Heart Horse to a nurse and mother experiencing a near death experience, uncovering demons from my past, and after thirty-five years of searching, finding my biological family. The journey is not without many twists and turns as painful discoveries are made and truths revealed.

The Wall of Secrets proves that people can change; that our thoughts do affect our daily lives and the direction we take. That inside, deep inside, your heart and soul you can find the diamonds of your authentic self.

We all want to belong, to be loved, to trust and be our true selves. Inside these pages you will find inspiration to push through your fears, to get to the other side where peace lies waiting. There is always hope and healing. If you dig deep enough, you too will find your diamonds and discover they were there all along just waiting.

A portion of the proceeds from this book will go to Covenant House Vancouver, British Columbia, Canada.

This memoir, a sequel, follows her along in her journey of self discovery and the twists and turns of facing the demons of her past and the finding of her biological family.

Having worked for many years as a Registered Nurse, Claire now resides on Vancouver Island, Canada surrounded by the mountains, oceans and nature that she loves. She battles daily with a Rare Mast Cell Disease yet continues to write and advocate for adoptees and youth.