The Sweetness of Life

An Exploration of Life, Death, and Self-Discovery 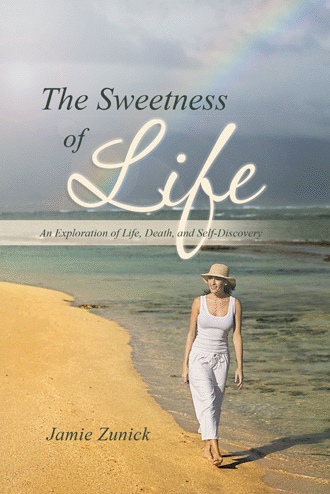 My crime was simply the inability to speak correctly. I had a debilitating speech impediment that consisted of a slight stutter and an awkward pronunciation of certain letters. My r’s always sounded like w’s. My s’s slid into an annoying “th” sound. I also tended to speak in my own gibberish language that no one could decipher. Sister Alvera, my first grade teacher, found this situation intolerable. She notified my mother that I was "retarded" and should be removed immediately from her class. Mom refused to take me out of school. I remained in Sister Alvera’s classroom for the full academic year. Mom may have won the battle, but I was losing the war. Sister Alvera was convinced there had to be some cause for my verbal disabilities. She believed I was lazy, which happens to be one of the Seven Deadly Sins. Sister Alvera decided my penance. Whenever I was called to answer in class, she would hit me for every word I mispronounced. One afternoon, Sister Alvera asked me to read a paragraph from our primary reading book aloud in front of the class. I stood up reluctantly and held the book close to my face, trying to hide behind it. I tried to focus on the words but the sound of Sister’s hard-soled shoes clapping against the tile floor as she walked towards me broke my concentration. My hands shook so hard the black printed words appeared to dance on the page of my book. My knees quivered so violently I was afraid I would lose my balance and fall defiantly forward. I opened my mouth slowly and forced the words out. “Once upon a time, a little boy and girl…” The second “girl” escaped my lips as “giwl”, I knew I was in trouble. Sister Alvera’s thick, hard covered book came crashing down on top of my head. “Read it again,” she demanded. “Once upon a time, a little boy and giwl…” “Wrong!” she yelled as her book punctuated the word by slamming against my head once more. “Again,” she demanded and I promptly spoke “giwl” at her request. “No! GIRL! G-I-R-L!” Sister spelled out the word, hitting me with her book with each letter and emphasizing the “r” in particular. “It is pronounced GIRL! Read it again.” The room was deathly silent except for the sound of Sister Alvera’s labored breathing. Humiliated and terrified, my knees buckled and I leaned against the side of my desk for support. “Stand up, you lazy girl,” Sister screamed as she grabbed the collar of my blouse and yanked me back to my feet. Out of fright, my knees locked stiffly in place, but that was the only thing I was able to accomplish. “Girl” continued to come out of my mouth in a variety of forms. “Giwl.” “Gwil.” “Gril.” “Gill.” After each one, Sister Alvera’s book hit against my head as she screamed, “Again!” I never did get it right and Sister was finally forced to give up. She laid down her weapon and decided to turn the matter over to God. Placing her hands on my shoulders, she pushed me onto my knees while saying, “You stupid, lazy girl. You are a sinner. Pray for God’s forgiveness.” While the other children were dismissed from the classroom for recess, I remained kneeling on the cold, concrete floor. I forced myself not to cry as I listened to the laughter, smirks, and hateful comments of my classmates as they filed passed me to the door. Once recess was over, Sister Alvera decided my situation was too much of a distraction to the other children. Her solution was to lock me in the supply closet away from the other students for the rest of the afternoon. I was ordered to pray during my exile, and I did. I continually asked God what was wrong with me. I received no answer. My situation and shame kept me locked away from my peers who continually teased and bullied me during my grade school years I soon learned it was much safer not to talk. I would not utter a sound. I refused to say a single word to anyone at school and soon became known and bullied as the "mute/retard".

Wrongfully misdiagnosed with a mental disability as a child, Jamie Zunick finds her only solace in endlessly wandering though a remarkable world. While searching for a home, a place to belong, Jamie, a self-determined seeker and explorer, suddenly finds herself on a path of forgiveness, understanding, and endless self-discovery. Traveling opens Jamie up to surprising encounters with nature, people, God, angels, and her own true spirit. After traveling throughout the world, in 2002 Jamie comes up with a plan to drive through every state in America. She won’t be traveling alone this time, though. After forty years of domestic abuse, Jamie’s mother, Leslee, decides to abandon her own life of tragedies and regrets to search for places of love and happiness. Mother and daughter soon embark on a journey that offers never-ending lessons in relationships, compromise, empathy, insight, and compassion as they travel through America, enjoying the many pleasures and frustrations of being lost on the road to salvation. After searching and exploring for several years, Jamie and Leslee soon find the true meaning of home when death becomes an inevitable part of the journey. Join Jamie and Leslee on their exploration of love, death, and The Sweetness of Life. Discover that the most beautiful places worth exploring are within our own hearts.

Jamie Zunick’s extensive travels have enhanced her work as an energy reader and healer. She has been a reporter for The Los Alamos Monitor and continues to write articles and poetry. She currently lives in Palm Springs, California, where she teaches English and continues her energy healing work.