Love, Lust, and Other Complications 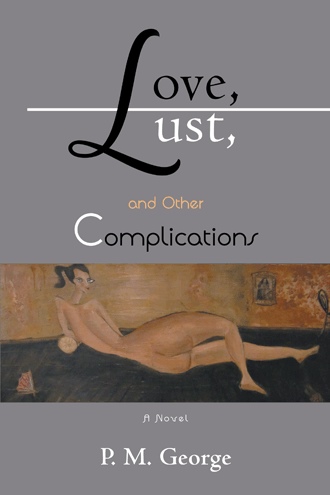 Sue felt so full of love for Mike that she doubted herself. The more she was cognizant of his good points, the more she felt insecure about her own. Despite getting to know him better, Sue still found that she struggled to read his emotions, particularly how he felt about her and their relationship. She wanted to know if his feelings had deepened, as hers had. She felt driven to ask him more about how he felt:

“What is it that you like about our relationship, Mike?”

“Mmm. Everything seems like nothing to me. I wish you’d tell me something more specific.”

“No, I really mean what I’ve said. I like everything about you and our relationship, Sue.”

“Sue, how can I say it so you get the message? I like everything we do together. I like everything about you. It’s like fruit salad. I like all the individual fruits put in it and I like how the combination tastes as well.”

“Like, like, like! It’s a bit pale. What about love and passion?” The words reverberated in her head. Sue sighed, but did not continue, changing the subject to talk about something else. The next day, there was a long e-mail from Mike. Despite appearances, it seemed that he had picked up on her dissatisfied sigh and had taken the trouble to respond more fully.

It does amuse me somewhat that you can't quite manage to accept the answer I keep giving you as a completely satisfying answer to your question. What do I, Mike, like (gradations, please!!) in our fucking encounters? My answer truly is my complete answer. EVERYTHING! There's nothing I don't like. If there were, I would say so. Definitely! I am a sexual simpleton. Give me an enthusiastic woman, not just a willing one but a hot-blooded participator, and I’m up, up and already half away. I love the to-ings and fro-ings of each and every wrestle. I know where I'm going, and I will do my darnedest to get there, but I really, really, really enjoy journeying there with someone who also delights in whatever the moment offers. I like it that you like it, the more so when you show that you like it! I'm happy to lead AND be led. Sometimes I want to take you; sometimes I'm happy to be taken. I mostly want to please you before I decide to please myself. That is always much more satisfying, thinking, knowing, that I am pleasing you! I don't really care what we do, so long as we are both into it. All the things that you currently do, I LOVE! I simply like the obvious things - kissing, touching, sucking, tasting, and humping with an enthusiastic reciprocator who chats and laughs and urges and grunts and groans throughout a long, steamy, energy-charged entanglement-entwinement-of body parts. Nothing boring there!

Mainly, I enjoy rolling-rolling-rolling in the hay for as long as I can last, or you can endure/enjoy, simply because I want to prolong the delightfulness of the coupling. What more can I add? Hey, it’s just like I told you yesterday…I love most fruit. Sometimes I want a banana, sometimes a peach, or your plums, but always, always, and above all, it's the fruit salad I crave!

Clear enough? Do you happen to know a woman like that? UM… I actually do. Fortunately!

Sue smiled to herself as she read the e-mail. “No doubt about it. He never does anything by halves,” she told herself. “He is so full on in every way. It’s one of the things I love about him.” Despite the pleasure she took from his words, she noted the emphasis he placed on the physical aspects of their relationship. She e-mailed back in a similar vein:

I really appreciate you taking the time to spell it out for me. I know you like a fuck, it’s evident when we’re together, but I’m pleased that you like what you call the obvious things—‘kissing, touching, sucking, tasting,’ as well as ‘humping’—and that you like doing it with me. What you have written is so much more than the ‘everything’ answer to my question you gave me when I first asked. It’s so clichéd to say you’re a stud, you are much more than that, but you have a wicked cock. I get to orgasm every time even if you don’t touch me in any other way. Although you do, of course, so the pleasure is multiple. Yes, and I love the taste of you in my mouth. That’s a turn on for me. I can’t wait to see you again so we can do it all again. It makes me feel like a teenager, but then sex was never as good as this when I was young.

Next time Sue saw Mike, she asked him did he get her reply e-mail. She was surprised to hear him answer in the negative. When she checked the Sent box on her computer she found that she had inadvertently sent the e-mail to Kate.

“Oh hell. I just know this is going to be a big issue,” she told Mike after her discovery, “I’m almost too scared to phone her.”

When she did phone, Kate did not broach the topic. She left it to her mother.

“Kate, I’m sorry,” Sue said hesitantly. “I’ve sent you an e-mail by mistake. It was meant for Mike. I hope you’ve deleted it.” She gritted her teeth as she spoke.

“Well yes, Mum, I’ve deleted it off my computer but I can’t seem to delete it out of my mind. It’s not something I really wanted to know about.”

“Look Mum, I know I helped you get started on Looking4Love.com but I guess I was thinking about company and someone to go out with, not sex. Old people and sex. It’s a bit gross.”

“I don’t think anyone is ever too old to make love, Kate.”

“You love this man then? What’s his name? Mike? It’s not just sex? Even if you love him, it’s still hard for me to think about my mother being into sex.”

“Yes, I know what you’re thinking,” Kate continued, almost as if she could see her mother’s reaction at the other end of the phone, “that I wouldn’t be here except for that. I’ll tell you something. I can remember asking you about how babies were made when I was really young. I can’t remember how old I was, but I do remember asking.”

“Whatever. What I remember is being horrified when you told me how it happened.”

“You asked whether your dad and I were doing it and looked so shocked when I said ‘yes’. You know, after that, you never asked any more questions about the facts of life until you were much, much older.”

“I think I feel a bit like that now,” Kate said with a tiny laugh. “Sex is for movie stars and young people.”

“And, what if I told you that I think sex gets better the older you get. You become confident enough to let yourself go. Kate, you don’t have to be one of the beautiful people for sex to be thrilling.”

“Ooh, Mum, too much information! I hope this man can make you happy. I really mean that. I’ll just have to try and forget the details of how.”

They left it there and Sue changed the topic to talk about more mundane things. That night Sue told Mike about the conversation she had had and her daughter’s consternation at...

Sue is looking for male company to add something extra to her life. On the advice of her daughter, she works up the courage to dabble in online dating—but she’s not convinced it’s the right approach for her. After a lifetime of unfulfilled expectations, she’s still wrestling with her own insecurities and lack of confidence. A proudly independent woman, she is unwilling to sacrifice her identity or happiness to be with a man just for the sake of having a relationship.

Mike is on his own quest for a meaningful connection. Even after all these years, women remain a mystery to him. Is loving a woman the same thing as lusting after her? He hopes to find a soul mate who inspires both, but his own insecurities keep getting in the way.

A chance encounter on a coastal walk could provide the answer they’ve both been seeking, and an unexpected and passionate affair ensues. Now both must face their conflicting views about love and sex and about age and connection. Their sexual relationship is intense and unfettered, not hampered by age or the late-life expectations of others.

Can you find love—or does love find you? Are desire, sex, and obsession possible at any age? For Mike and Sue, two strangers on parallel quests for late-life love, life after sixty becomes lovelier, lustier, and more complicated than either could have previously imagined.

P. M. George was born and educated in Melbourne, Australia. A significant career as a psychologist, educationalist and coach has provided George with insights about relationship and human connection; those insights have informed this debut novel.