You Can Stop Smoking in Forty-Eight Days

Using the Law of Attraction 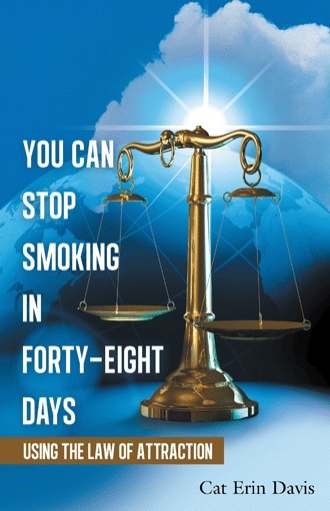 This fascinating book is how Cat Erin Davis quit smoking cigarettes after thirty-eight years of being addicted to them. It takes you on a spiritual path while you transform into a nonsmoker. She shares with you a way that can completely change your life. Once and for all, you too will feel like and be a nonsmoker. Included is a forty-eight-day workbook guide, along with tips for your first year. What we seek, will seek us. Cat says, “If I did it, then so can you.” Cat has been on a lifelong path with ascended masters, Jesus, and angels. Through Spirit and teachings from archangels, she has been guided to write and share her knowledge with others. She has deep compassion for animals and nature, and she seeks to guide people to love and respect themselves, as well as others. This book also helps those who have already quit smoking to avoid nicotine urges.

Cat Davis grew up around nature in Houston, Texas. She has been in the working class with accomplishments that include: Building muscle cars, Auto Mechanic, Professional Dog Trainer, First Class manual Machinist, Paint Contractor, Class A Truck Driver, and an Author.