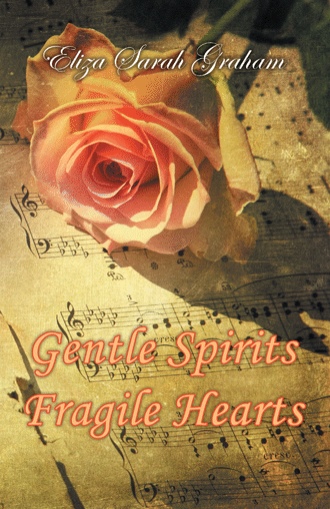 My nose bumped against the cold metal railing each time the boat listed left to right. The smell of fish filled my nostrils. I could very nearly taste them. Beneath my galoshes a shimmering layer of iridescent scales glistened on the rutted wood planks that were now sopping wet and slippery. The boat heaved, and a fine spray of water bathed my face. I licked my lips. Salty.
One of my hands gripped the pole, and Mother gripped the other so tightly I couldn’t feel my fingers.
Above me I heard her soft voice gasp, “Oh, dear Lord protect us,” and my father’s booming voice shout, “Head’s up, children, he’s breaching now.”
They cradled me between them, their bodies buffering me from the other passengers who were pressing to see the sleek bolder-shaped back of the gigantic whale. Mother’s fearful voice converged into Father’s boisterous one just as the humpback rolled rhythmically in and out of the deep green ocean, spouting air and water as it ascended. Then it glided soundlessly back into the depths.
I counted from one to forty-five before I saw the whale emerge once again, and I tried to hold my breath with it. I could only get to twenty, and my eyes bulged at that. I expelled it loudly.
“Isn’t this a glorious sight, Essie? Aren’t they grand? You’re very lucky to be able to see such glory.” With that, Papa hoisted me up onto his broad shoulders, and my legs wrapped around them for ballast. I teetered headlong over the railing and clung to my father’s hair for support.
“Put her down, Henry. She’ll fall in.” Mama reached up to steady me and just as I was weaving backwards, the whale breached, appearing to rise horizontally, as tall as a building, and for an instant the eye of the whale met mine. I froze, unable to scream; the terror ran down my back and into my shaking legs.
“I want down, Papa. Please put me down!” I dare not cry, for Papa never abided crying from his son or his daughter and certainly not on such an exhilarating occasion as this one.
He laughed heartily. “This is being alive, Essie. You mustn’t fear it. Look the monster in the eye and show him who’s boss.”
There was no doubt in my mind who the boss was. I was six, only tall enough to reach my mother’s elbow. That fish down there was taller than our church steeple if you stood him on end.
“Mommy, down.”
I leaned to my left and fell into her waiting arms, my terror hidden by her dark hair. The boat arced along a rolling swell, and the entire group of passengers sang in chorus, “Whoa.” Someone said, “That was close.”
Too close for me, I was thinking as I pressed my face into Mama’s coat. Peppermints and lavender replaced the smell of fish. Her arms around me steadied my trembling. Then the crowd stilled, as if in awe, and I braved looking out again, just as the water buckled.
My eyes leapt at the sight and crazily scanned the spot where the water swirled. Watching as closely as I could, I saw it, like the shadow of a mountain gliding beneath the boat. I counted the length of it in seconds. One one hundred, two one hundred, three one hundred and when I got to ten one hundred it picked up speed, and I watched it rise once more and crash loudly onto the surface of the water that shot into the air like a geyser.
I held my breath. My heart pounded nearly out of my chest and then to the whoops of the passengers, the great tail rose fully, looking like a gigantic anchor. It suspended there against the sky briefly, until—with one flowing motion—it flicked so harshly that I felt it through my mother’s arms.
“I want to see, Papa,” Bobby tugged at Papa’s sleeve. “Can I sit on your shoulders and see the monster’s eye?” He was nine, little for his age but brave, or so he wanted Papa to think.
“It swam away, son. Next time.” Papa turned fully and pounded his chest with both fists. “Ahh, ocean air. Who wants cocoa?”
“I do, I do,” I chimed now that the worst was over.
“Me too,” Bobby said skipping across the deck in front of us.
I slid down to join him and mimicked his skip. My braids slapped my back with each lift of my leg. Then I turned to look back one last time. My heart had stopped hammering, but the image was burned into my soul: the size of the monster, the bottomless sea, the swaying boat, and my father’s fearless stance against all of it. But more than the size of the ocean or my father’s stance was the great question inside of me: what else loomed unseen beneath me? 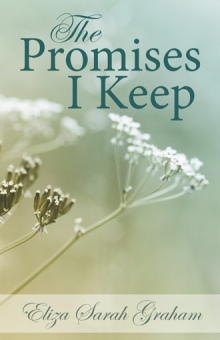 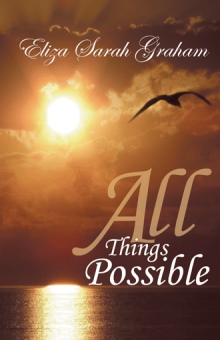 German-born Essie Kroecker is a precocious and talented child, raised in bucolic Salamanca, New York. She is the apple of her father’s eye, the bane to her overly religious grandparents, and sidekick to her rebellious older brother. But the world is changing in confusing ways for a child. The rumblings of the First World War are beginning to infiltrate her peaceful and secure life, and she has more questions than there are answers. Why have her family, her German neighbors, and even her pastor-grandfather, suddenly become people of suspicion? Why are they on the outside looking in? Gentle Spirits—Fragile Hearts is a story of history’s impact on a child, then a young woman, born with an uncanny wisdom and perceptive insights. The question is, will she be gentle of spirit and frail of heart like her mother, or will she garner an inner strength and overcome these times into which she was born?

Eliza Sarah Graham is a retired marriage and family therapist and the author of seven novels. Drawing on her psychology background and extensive world travels, Eliza explores the complicated, ambiguous emotional and spiritual lives of women. Growth through life’s challenges and intergenerational dynamics are her hallmark themes.


Eliza lives in Newport Beach, California, with her husband.