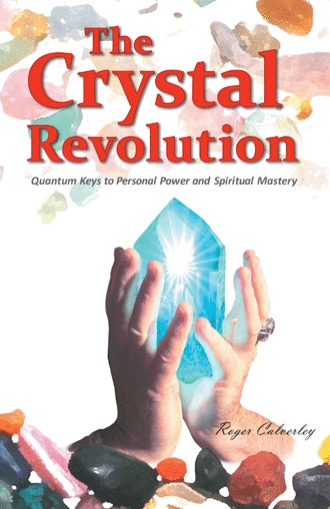 You were made to interconnect with every aspect of the universe, and in fact you are a holograph of that universe. You are a set of light frequencies actualized in 3D time-space through crystalline light-architecture. In essence, you have unlimited potential. Just as a fractal contains every aspect of the whole, so you embody the macrocosm within your body-mind microcosm. If you can model your mind on this reality, and put the Laws of the Universe to work, you can actualize your dreams in this very life! This is the basis for your Crystal Revolution. In The Crystal Revolution you’ll learn: Universal Laws and Master Keys for realizing and expressing your full potential A seven step method, clear and simple, for putting these laws into practice The nature, origin and importance of the crystalline lattice in the human microcosm, in Mother Earth, and in the universe The role of crystals in co-creating the new possibilities and actualizing humanity’s full potential How to release old mental conditioning and genetic programs that no longer serve our highest good Visualizations, energy exercises, breath-work and crystal practices for self-transformation The Crystal Revolution is a decisive turning point for us as individuals and for our world. This is what we were born to do and become.

Roger Calverley has authored more than a dozen books on various aspects of self development. He has taught and lectured at various universities and made numerous guest appearances on radio and television, exploring the journey of Self Awareness. This is his fourth published book on the role of crystals in evolving consciousness on earth.