Confessions of a Melbourne Commuter 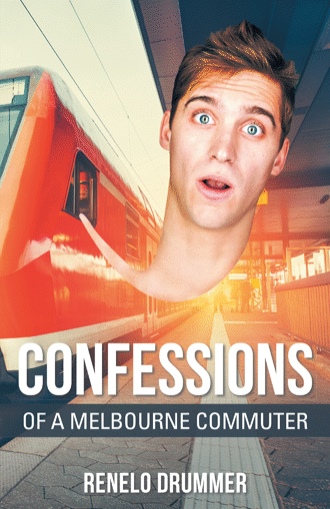 1st December 2014, Monday Mesmering eyes, disgusting phlegm I got to the train station early to catch an early train. It's the first day of the month and a Monday. Nice. I thought it was a good place to start something new. I started listening to Anthony Robbins that I downloaded. He was talking about finances and the power of compounding. After that, he starting talking about relationships. Normally, I would pick a book or Google a video about inspirational or motivational talks that I like or would be relevant to me. I don’t think relationships and love would be relevant to me right now. I was almost going to stop listening. After a few minutes of listening into the relationships topic, I realised I stood next to a girl with very attractive eyes. I couldn’t open my mouth. I was just mesmerised by her eyes. Okay, Mr Robbins, maybe I should listen to this topic right now. Go on. My trip home on the train was a bit disgusting. I was reading the mX paper when someone coughed out his phlegm and spat on the floor in front of another passenger. I could not believe what I saw! Absolutely disgusting! I thought I was just dreaming. But nah, it was real! Someone just spat his phlegm on the train! 18th December 2015, Thursday Three lockings I have never taken a morning nap on a train before. I mean a proper nap − where you don't know what's happening around you. Today was the first time. I must have been really tired that I didn't have time to pick up my morning caffeine fix. Well, the nap sort of fixed me because I felt good after it. Although, it was only for about 16 minutes. It was worth skipping the coffee. On the tram home I also had a nap. Tram takes a bit longer to get home than the train so it was hard not to nap. I don't know what's on me today. Full of napping. I'm not even pregnant. Today was also full of locking eyes with people. Three girls to be exact. First. When I caught a tram from Collingwood. When the tram door opened, I saw this pretty girl who I assumed was already looking at me while the tram was still moving. I could tell. I felt a little bit uncomfortable because she was still looking at me once I was inside the tram. Someone call the cops! I don't want to get followed. Second. On the tram home. This time the girl looked like she haven't had sleep for three days. She had big, red eyes. I tried not to look at her for too long. She might think that I like her. We only locked eyes for about a minute. Third. There was this girl at the back of the tram who looked like a man. When she got up to get ready for the next stop, our eyes locked for about nine seconds. She definitely looked like a man but she was wearing a skirt so I assumed she was a woman. I was confused. I think I better stop right here. 23rd January 2015, Friday Give me money Yippee, it’s Friday! Though, I was running late for my radio this morning. So once the train doors were open I ran and climbed two sets of escalator and in less than three minutes I was out of the train station. I saw the tram which was about to turn left had just stopped at the traffic lights just a couple of metres from the actual tram stop. I tried to get the driver's attention to get him to open the door for me but he ignored me. I was so desperate to go to the studio that I knocked on the tram door. The driver didn’t budge and continued to turn. I walked to the tram stop and waited for the next tram. After radio, I rushed to catch my tram when this homeless guy asked me for some money. I didn't have any cash with me so I apologised to him. Sometimes I question the integrity of these people asking for money on the streets whether they're genuine or not. The reason I say this is because I was a victim of a scam. One night while I was walking on Swanston Street a guy stopped me and asked for money. He said he needed money for his bus fare so he could go back home to Sydney. He looked very sincere so I gave him some money. I was glad that I was able to help someone. However, an interesting thing happened a few weeks after that night. I was walking towards Starbucks to do some work when a guy stopped me to ask for some money to buy for his bus fare to Sydney. To my surprise, it was the same guy a few weeks ago who asked me for money. He obviously didn't remember me but I remembered him. He used the same script. At that moment, I realised I was a victim of a scam. He should have come up with a different script. 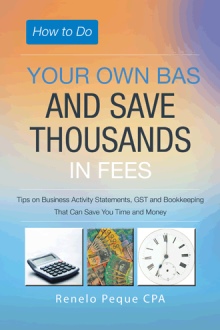 How to do your own BAS and save thousands in fees
Renelo Peque
$13.99

Each entry has its own title based on the highlights for that day. For example, one entry is called Phlegm. There was this guy who coughed out his phlegm and spat it out on the train floor in front of another passenger. Another example is entitled B.O. A guy who was standing next to Renelo, put on his surgical mask and looked at him. Renelo thought that he was sending him a message that he had B.O. Renelo was pretty sure he showered that morning. He just ignored him.

During the writing of this travel diary, Renelo realised that he was trying to force himself to be someone he’s not. He doesn’t like watching other people’s activities on the train. He certainly doesn’t like to listen to other people’s conversations. He was doing it because he promised himself to complete this project. He doesn’t want to start something that he can’t finish, unless there is any plausible excuse.

Discover how Renelo went through the most embarrassing, disgusting, funniest and weirdest train travels.

It’s been a while since RENELO DRUMMER used to catch the train to Melbourne for work. When he accepted a new job in 2014, he knew that he would be commuting to Melbourne again. Pictures of people doing different things flashed in his mind. Yelling, chatting, sneezing, staring at other people (crap!), picking their noses (what the!), scratching their __ __ __ __ (unbelievable!), among others.

During his travels in the first couple of weeks, he noticed other passengers do strange things on the train. A lot crazier than what he initially thought. The conversations people were having, became more interesting. That’s when he decided to create a travel diary on his phone and started writing down what he saw and heard on the train and tram.