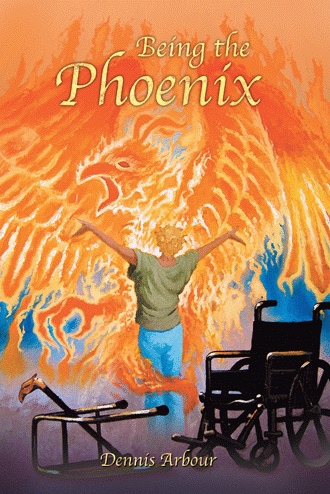 Having been through a near death experience, I often have found myself stricken with awe again when it floats into my mind even as a memory. After a period of months, some things that I remember as “dreams” and detached from the initial vision now are seen as a very importantly part of the vision. Whereas one could speculate that as time passes things would seem more muddled and forgotten, the upwellings of memory would suddenly surface a forgotten part and be very clear. For this reason I carried a voice recorder to catch these sudden recollections. Yet a question arose as to how one could remember such a grouping of dreams so vividly and retain them in the face of a non-functioning body in coma. In spite of being biologically curtailed from functioning in the physical world, consciousness and sensory ability still continued on, but on another level of reality. This is a fascinating aspect of us that clearly shows that consciousness functions above and beyond the body, revealing that consciousness is not a creation of it. And so the separation of dream from “vision” became compelling to understand where I had gone, what I had seen and what the ”vision’s” content meant, as well as it’s credentials as an experience of a higher reality. A Near Death Experience leaves the individual in a state of recognizing higher levels of reality while also living in this one. It makes one feel that others are “blind” while one can “see”. It makes it a subject hard to broach unless there has been some true and unusual experience previously had by a listener. The sudden but short experience of the return of a “dearly departed” loved one, dreams of flying, precognition of events beforehand, hunches that prove to be absolutely correct and many other experiences draw our attention to that inner and upper existence we impinge on. In the telling of such astonishing stories to others, it often happens that many things “come together” to form a greater understanding in the one who was the listener. Their speculations on their own personal experiences that have happened to them suddenly make sense, especially when another reveals such things have happened to them also, in spite of the fact it does not conform with the world at large. Internally, a switch gets flipped that increases our awareness to more subtle levels impinging on this world each and every day. Odd occurrences begin to be noted not as mere “coincidences” but as something “sensed” at a new and deeper level of ourselves. Science deals with the physicality of existence but can only go so far, for the spiritual is not of a physical nature. We can live in the deeply material nature of the human animal, or we can discover the greater part of ourselves waiting to grow beyond that human animal we “think” we are. That is the very meaning of life as a human being, to grow towards a place we call the “heavens”. I broach no religious beliefs, but rather a deep spiritual conviction from inner “eyes that see and ears that hear” in a way that the reader will certainly recognize. And if so, you have found the doorway within yourself to a greater creation than can ever be imagined. Of course there are some aspects of a near death experience of which I found hard to rectify and caused me to question their content. One such thing was certain envisionments, dreams that were of a decidedly negative nature to see, and made me doubt at times their value. One day, as I pondered the nature of these negative envisionments, I had a sudden and unexpected “coincidence” occur that offered explanation as to their inclusion. I came into the knowledge of the existence of “the Gospel of Mary Magdalena”, where Jesus explained to Mary the path in death arriving to heaven being fraught with both demonic and divine beings. One’s choice and reaction to this is, seemingly, noted by those who constantly watch over us, the content of our heart steering where we end up. That I would be pondering such a thing and then have such a hint surface to me was, in my eyes, far more than “coincidence”. It suggested also that the “heavens” is a state of being rather than a place, although there is such a place. To think and dwell in the negative will attract, and attract you TO, the negative. To think and dwell in the positive will attract, and attract you TO, the positive. We attune ourselves to the level that we are personally creating by choice. This was the lesson learned by “coincidence”, the Universe seemingly answering a question of profound depth “out of the blue”. It is one of the things that happen daily that a renewed sensitivity will “see and hear”. So now I shall go forward with the course of events that brought me to a life defining moment. Perhaps the reason such events occur is to remind not just the individual, but also all around, that we are invited to reclaim great and divine things.

The phoenix—is it a legendary bird or a state of existence? This is a fully documented story of a near-death experience while under severe medical duress. The entirety occurred in a period of less than three months and entailed cancer, its hard cure, a permanent paralysis, and succumbing to a fatal illness while in a coma. No one believed this man would live, let alone recover. But this became the spectacular stage for miracles of the most astounding kind that still, to this date, have no medical explanation. The medical efforts were of a towering and exceptional nature, yet all seemed to lead to a dead end. And then the gateway of another reality showed its very loving hand toward us as individuals in the giving of miracles, visions, and a final spellbinding triumph over all. Inlaid in the floor of the rehabilitation center was a phoenix, the sign of death and resurrection, saying one’s life can be rebuilt from mere ashes. Although not noticed at first, it became an obvious coincidence and a footnote direct from the heavens. The author’s journey runs so parallel to the phoenix that he became one. In returning from death, he was new and brought great treasures, as opposed to things and possessions of the world. Although many professionals are highly interested in this material, it remains a story of all of us and for all of us. Ponder, laugh, cry, wonder, despair, and finally triumph in this story. It is truly miraculous and breathtaking.

Dennis Arbour would like to be considered pretty normal, but the dead giveaway is when he opens his mouth. He knows something and hands out thoughts like treasures to all.