I Know You're in There

A Memoir of Loss, Healing, Farming, and Adventure 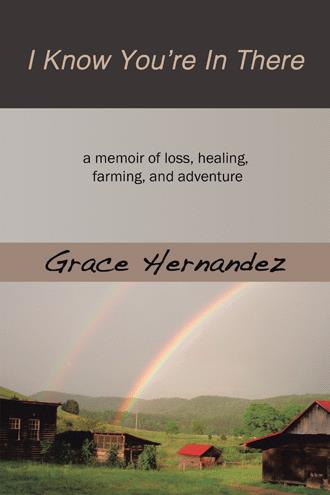 
I Immediately fell in love with the southern California climate. Having access to both the mountains and the ocean was a remarkable combination. The consistent sunshine along with living at the edge of the sea inspired me. There are many compelling reasons for living in Los Angeles, but what I immediately appreciated besides the weather was the diversity of people and the arts. I was introduced to creative, open minded, talented, and interesting people. Worldly people. Strong successful women. Women who transformed their personal stories and lived from a deep place of knowing who they are. Self-actualized women. Pioneers.

I wanted that. I wanted to live from my center. I wanted to feel confident. I wanted a rich inner life. I felt capable of so much more than I knew in Ohio. I enjoyed teaching, but I wanted more. I had ideas of traveling, exploring nature, meeting a host of different people from all over the world. I was young, curious, eager, and terribly naive. I could feel the longing I’d carried since childhood had the potential to be fulfilled out West. I was ready to broaden my understanding of life and meet people I could relate to from all walks of life. In California, I felt the promise of a better future. The West Coast became my canvas.

My Midwest upbringing was obvious to everyone I initially met. My face and body were very round. Before moving to California I waged war on my body with binging and tried hiding under frumpy clothes. I didn’t have any sense of what my body was really for, until I moved out West. I had no connection to being a woman. Even in my drinking days, my body was off limits. I was a foreigner in my own skin. I had zero sense of beauty, style, and design. My hair was very thick and wavy. As a kid, Mom insisted I keep it super short like a boy. I never wavered from that style until I moved to California. Then, I let my hair grow long, and then longer, until I discovered I had a gorgeous head of hair. In California, I was free to let it flow!

The contrast between the Midwest and California was substantial. On the coast, I was surrounded by people unafraid of their bodies. People who respected and enjoyed their bodies. Some even treated them like temples to be revered and honored. I was totally unfamiliar with people comfortable in their skin, and amazed at the confidence they carried within themselves. It seemed like everyone I met was unafraid of their sexuality. Around them, I felt prudish and inexperienced. Even though I wasn’t your typical well-behaved teenager, once I got to the West Coast, I felt repressed as if I had been living under a rock.

I studied to be a teacher in college because I wanted to positively influence young people, but when I moved to California, I realized what I had to give students was sketchy so I dismissed a career in teaching and immersed myself in the healing arts.I dove right into New Age philosophies. I studied breath, movement, massage, energy alignment, acupressure and aromatherapy. I gravitated toward people who knew the wisdom of integrating body, mind and spirit. I spent time studying with mentors and masters who introduced me to the chakras, the light body, metaphysics and meditation. I also studied acting, writing, dancing and the performing arts.

I got a job waiting tables in a beautiful Italian restaurant on Ocean Avenue. There was an outdoor patio that provided excellent views of the water and sunsets. I was stimulated by that view every time I worked and I made more money waiting tables than I would have teaching school full time. Plus, I had plenty of time to explore beautiful California.

Everyone on the West Coast, including myself, seemed to be looking for something. Whether it was stardom, wealth, spiritual experiences, finding one’s soul mate, or expanding one’s consciousness it didn’t seem to matter. We were all seeking and expectant of something great. I went skydiving, hiking, rafting, and scuba diving. I hiked, biked, and traveled all over California. It was a deeply creative, fulfilling time. Even though I enjoyed all the physical stimulation, there was also something happening deep within. I began to develop an understanding of living from the inside out.

Not only did I have a twelve-step program, I also found a therapist to guide me towards self-empowerment. The combination of metaphysical studies, therapy, and AA helped me better understand my body, my story, and where I needed healing. I carried the problems of the world on my shoulders, like the rest of my family. It was a heavy burden that clouded my psyche. Once I moved across the country, away from my roots, I realized I owed it to myself to change this story. Personal empowerment became my intention.

Growing up Catholic in a conservative Midwestern town, Grace makes a dramatic lifestyle shift by moving to Los Angeles, where she meets the man who will become her husband, and begins to study with a Master Teacher and various mind-body practitioners. Mourning the deaths of her beloved siblings and struggling with health challenges, Grace discovers that farming the land and tending livestock animals are key elements for personal restoration and renewal. How she and her husband leave the West Coast to manage Polyface at Buxton Farm, a 1,000-acre satellite farm to Joel Salatin's family farm in rural Virginia, is a fascinating, multifaceted adventure. In this lively and honest memoir, Grace describes her—at times harrowing, but always life-affirming—journey that reflects her courageous intention to never give up, Grace finds empowerment by cultivating the many gifts that living close to the land and nature can provide.

A teacher, massage therapist, avid gardener, farmer, writer, and marketer, Grace graduated from college with a B.A. in education. Her desire to write began with a commitment to self- development. She is currently writing her second book about her intimate experience with death and rebirth while living in New Orleans.