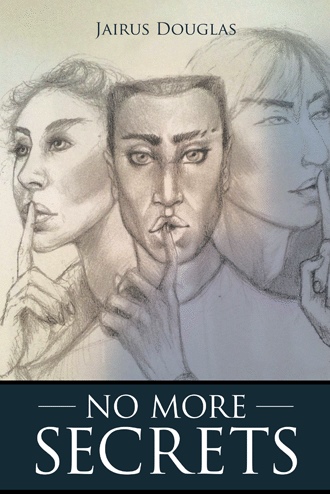 THE LESSON - Ignoring the Red Flags: To Every Guilty Bystander

In the previous chapter, I demonstrated a principle that is at work in every sex addict’s life. During my formative years, I was considered a normal adolescent boy, interested in the opposite sex, obsesses with sports and valuing the acceptance of my peers, but that is just a surface observation. Under the surface was a fermenting sex addiction gradually developing in hope of one day reaching a life-threatening state of maturity. If one were to ask me, at that time, if I were a sex addict, I would have either become outraged and offended, or take it as a joke partly because I didn’t really know what sex addiction was and the conception that I did have of sex addicts was grossly inaccurate. If many people only knew the definition of sexual addiction, they would realize that they too have an erroneous conception of what a sex addict is. Sexual addiction is defined as sexual behavior that has a negative effect on one’s life, constituted by four components. Those components are:

1. Compulsivity: Loss of Control of Sexual Behavior. This component is manifest in the incapability to disregard sexual urges, as in my tendency in high school to leave school to have sex, unable to resist the urge until school ended. A more commonly accepted animation of compulsivity though, is the serial rapist who upon seeing a sexually attractive woman, fails to resist the strong urge to have sex with her immediately. Although that is one good example, the definition of compulsivity is much more far-reaching. It also includes the onetime date rapist. When he becomes intimate with his date, he becomes aroused and begins to experience an urge. When his attempts to engage in intercourse are denied, he, instead of accepting the declination and resisting the urge, decides to rape his date in his unequalled desire of sexual gratification. Another less severe example of compulsivity is the man or woman who satisfies their irresistible urges by masturbating. This includes the ones who, when denied sex with their spouse due to a schedule conflict, waving of spouse’s sex drive, or some other inconvenience, masturbates to satisfy the urge piqued by their attraction the their lover. It also includes the employee who, after having a sexual thought, becomes aroused and masturbates at work. The list goes on.

2.The Continuation of Deviant Sexual Behavior Despite Negative Consequences. This component was also present in my life when , after falling behind in school, complicating my life by having a child, and contracting an STD, I continued to engage in indiscriminate, unprotected sex.

3. Preoccupation or Obsession. My mind was constantly preoccupied with girls and sex, which is why I was constantly daydreaming and fantasizing about girls in class. Preoccupation also takes on other forms, such as extensive pornography collections, membership in sex clubs, and generally excessive sexual activity as a practice of leisure or recreation.

I like many others today, knew my sexual behavior was unnatural and morally wrong, but didn’t realize the destructive nature of it and therefore saw no reason to address it. I certainly didn’t view myself as a sex addict, someone who is driven by sex, but I possessed all the components of sexual addiction at an early age, though to a small degree. Many people are at a stage in their sexual addiction that allows for them to easily be cured, but given that they are ignorant of the fact that they need to be cured, the addiction is allowed to fester and worsen. In order to be healed of such an unobtrusive sickness as sex addiction, one must first recognize that there is a problem. Because of the ego and sheer ignorance, that is not always easy to do. It is easier for others around us to see the negative effects of our behavior. Does that mean they are responsible for our actions? Most certainly not. Nonetheless, the people around us play a critical role in our development.

No More Secrets takes you inside the mind and life of a former full-blown sex addict, as well as the history of sex addiction from its origins in biblical history to the present, highlighting its prevalence in every institution of modern society with vivid narrative accounts. The accounts are followed by practical lessons in which the reader sharpens his or her understanding of the life-saving principles depicted by the accompanying autobiographical narratives.

Jarius Douglas is devoted to debunking the commonly held romantic notions of unbridled sexual impulse by exposing to the church and to the world the inconspicuous symptoms and imminent spiritual dangers of being sexually addicted. He believes the secret of sex addiction has spiritually infected the lives of many for far too long, but now this spiritual ailment and long-held secret must face its demise.

No More Secrets lists all the commonly and uncommonly known forms of sex addiction and divinely instructs the reader through eight biblical principles that guide the reader to a well-tried and proven antidote: Jesus Christ!

Jairus E. Douglas is the founder and pastor of BBH Ministries (Broken But Healed Ministries) for the homeless and addicted men. He earned an associate’s degree in biblical studies at Divine Inspiration Bible College and Seminary. He has three children and three grandsons. He lives in Birmingham.