How to live more fully in the Spirit 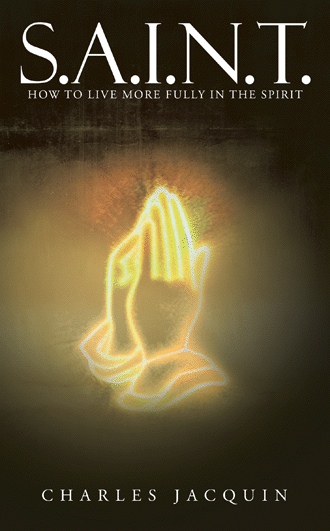 What do you think of when you think of a saint? Do you think of some figure from the Bible or a modern-day saint like Mother Theresa? Any of them can serve as a model for you. The important thing to realize about all of them is that they were just ordinary human beings who found exceptional grace. There is no need to create a false separation between them and yourself. They simply committed themselves to their path with complete devotion. When you do that, miracles will happen. Mother Theresa is a good example because she lived in the modern era. We know she was real because we have seen news footage of her work, and unless you are very young, you lived on this planet during the time she was alive. She is your contemporary. Yet, most people believe that her level of commitment is beyond them. Mother Theresa is a common example of a saint mentioned in casual conversation. But why not be a Mother Theresa? Perhaps you cannot imagine yourself walking among the poor of Calcutta as she did. Yet this in itself is not a deficiency. No saint’s path has ever been the same, and your calling will be unique to you, according to God’s plan for you. Unless you are called to it, you do not need to go to Calcutta or any other place burdened by disease or poverty. In fact, our Western culture, beset by its own sort of spiritual poverty, may be greater than the physical poverty of third world countries. You can easily find your own Calcutta in your own backyard. When looking at the lives of saints, we often make the mistake of thinking that their works are what make them special. Journalist Malcolm Muggeridge, in his book Something Beautiful for God, wrote about Mother Theresa and the impact she had on people. He wrote, “I was watching the faces of people—ordinary people listening to her. Every face, young and old, simple and sophisticated, was rapt with attention, hanging on her words—not because of the words themselves, which were quite ordinary, but because of her. Some quality came across over and above the words. A luminosity seemed to fill the hall, penetrating every heart and mind.” It was her presence among the people, her being, that really made the difference. She once said, “Not all of us can do great things. But we can do small things with great love.” All Mother Theresa ever did was meet people, person to person, with great love, something they hungered for far more than bread. Love of this kind is a state of being, not an expression or something you do for someone. It is not dependent on a person being “loveable” in the ordinary sense, nor does it require anything in return. The S.A.I.N.T. method is meant to help you cultivate this same state of being within yourself—not just for a moment of transcendence, but as a habitual part of life. In this state of being you will be able to open what I call the “invisible window,” a portal connecting this limited physical world to the infinite spiritual dimension. It only requires the determination to shift your mindset away from self-service toward the service of others. When you open this “window,” the sense of separation between yourself and God will disappear. Likewise, any sense of separation between you and the people you interact with will disappear. Just as air flows freely inside and outside a window once you have opened it in your home, so too will the energy of your life and the world around you begin to flow. This is not about religion as we normally experience it, and it does not require any theological knowledge. Rather, it is about peering between the layers of existence into the realm of absolute divinity, beyond the three-dimensional world of limitations. For me, opening the “invisible window” begins each day with a simple prayer. I pray, “God, please put in front of me this day the people You choose for me to meet and the circumstances I should embrace that I may serve You.” Automatically, this prepares my mind to view everything and everyone I encounter in my day through the lens of divinity. I have seen countless wonders arise in my life as a result. Recognize God in the person before you and the possibilities for a spiritual connection will emerge. Here is one example of what can happen between people when the “window” is open.

Is it possible to be a saint in this life? The answer is yes! S.A.I.N.T., a new practice, describes in specific detail how to reshape your perceptions and behavior to do just that. This is not about becoming a saint proclaimed by church authorities. This is a lifestyle, a way of functioning in this world. There are five specific steps required. Each step is illustrated and explained, so that you can fully experience God working in your life, just as historical saints did. Sainthood does require commitment to heavenly standards. Explore how you can see the world you live in through the eyes of a saint. S.A.I.N.T. opens you to the possibility of miracles happening every day. By applying the principles outlined in this book, you can open the window to the divine. Find your inner peace. Fear, rejection, or lack of personal self-esteem can no longer hold you back from being who you really are. S.A.I.N.T. invites you to recognize the saint that you are. If you are tired of the same old drumbeat of life’s ups and downs, read how to live more fully in the spirit. The method is here! It’s time to shine your light to the world.

After experiencing a life-changing spiritual experience in the late 1990s, Charles Jacquin has served as a bridge for thousands of individuals who sought a deeper spiritual meaning in their lives. His extraordinary intuition, wisdom, and knowledge—gained from his personal experiences—have helped to reshape the paradigms and create new realities through the experience of living more fully in Spirit.

Charles lives with his wife in Sedona, Arizona.