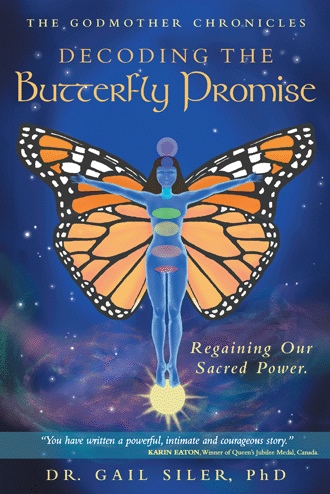 Preview
David arrived and we immediately got down to the task at hand. I had little interest and no experience with trance channels although I knew what trance channeling was. Curiosity again got me over my fear bridge, and David proceeded to prepare to open himself to channel my guide. But by the time he was ready to channel, I was scared again.First David showed me what to do in case something bad happened or an invisible someone other than my guide tried to take over his body while he was out. Like I was going to know that? Anyhow, should I need to quickly bring him back from his trance state, I was to press on his head in a certain way and remember to count several seconds or something. Oh yeah, I was nervous as hell!But I got more nervous when he stretched out on the sofa and unbuckled his belt. “Oh shit,” I thought, “he’s going to take his pants off!” I flushed red from the top of head straight down to my toes. I could feel it. He followed the belt loosening by telling me that sometimes he pees his pants while he’s out of his body channeling, but he hoped he wouldn’t do it on my nice white sofa! My answering giggle helped me switch from total fear to part fear and part worry at his embarrassment upon waking up with peed pants. He said he had to get back to a business meeting, so my imagination at what he would do with peed pants at his business meeting gave me a little inner giggle. That, in and of itself, eased my distress.At last he settled, closed his eyes, and rested his hands gently at his waist. It felt both strange and intimate to me as I watched him do this. He began to breathe deeply, and then, oh my god, a strange sound started! It was like a whistling or hissing sound that started at one end of his body and traveled from his head down to his toes, or maybe it was the other way. I couldn’t make it out. At first I thought it was another trick and perhaps his cell phone was emitting that weird sound. Then there was an instant where I thought some evil demon was taking over his body, and, like Frankenstein’s monster, he was going to stand up, flop his arms awkwardly at me, and chase me around the room. I’m sure my blood pressure doubled! I know my heart was thumping loudly in my ears!But just as that fearful thought of a monster on the loose in my office entered my mind, the hissing became quieter and David’s arms started to move slowly. They crossed over his chest and touched his opposite shoulders, complete with the Spock ‘Live long and prosper’ finger split in the famous V sign. He looked like an Egyptian mummy, and I remember wondering how in the world he got his arms comfortably all the way up onto his shoulders with his elbows flat on his chest. Silly thing to wonder in the middle of it all, I know. But I did.While I was still trying to decide how much longer before Frankenstein’s monster started to walk, and whether I should push on the emergency ‘bring back’ button on his head, the crackling stopped altogether and suddenly a voice very different from David’s began to speak in another language. It continued to speak and I didn’t know what to do. I had no idea of protocol in this type of situation. Did I talk to this voice or just let it go on? I was nervous but decided to speak and ask it to speak in English. It stopped and then I started to hear words I could understand, but way too softly to hear clearly so I also had to ask it to turn up the volume. The voice got louder and with a strange accent it began to speak what it referred to as ‘The Benediction of Atlantis’ and something about the throne of Isis and uniting our hearts and minds together. I couldn’t keep up but I got the first couple of lines of the Benediction.I am that which I am. I walk upon the big waters and upon the earth…My throne is in the heart through which I manifest. Come forth and let us harvest…gathering fruits for thee and all mankind, Isis, my sister.I was too nervous to ask it to repeat itself, and it didn’t seem like the right thing to do at that time. It was a very formal affair in my mind and it felt like I was having an audience with some powerful pharaoh or something. It was certainly someone who was quite used to power. I was unsure of protocol and didn’t want to offend it. Sounds preposterous, I know, but that was what was happening inside my own head at the time.For an instant, I thought he was calling me Isis and referring to himself as Osiris, and then as he talked on I didn’t have time to wonder anything. I had a notebook and pen along with my list of questions I’d put together to ask the guide, so I wrote in the fastest shorthand scrawl I could muster.He (by now I assumed it was male) went on to say that we were twins and family in many lifetimes and that he comes to me also “through dreams – and through other channels.” At that point, I assumed the channel that he referred to was David, but soon the ‘other channel’ was to appear on the scene. I wasn’t sure what that was about and I definitely didn’t like what I heard next.It is imperative our connection be clear and open… no channel soon, as soon the vehicle will not be available.
Written by Gail Siler

Haunted by an urgent voice she hears each time she reads a book by Carlos Castaneda, Gail seeks out Castaneda’s apprentice, and she finds herself catapulted into a strange world of shamans, metaphysics, and ancient beings. She is thrust forward onto a dangerous path that takes her from the safety of her everyday world into the radiant landscape where true power lives. Here, she is introduced to an ancient couple, who have lived and loved beyond time itself. She offers up her heart to become a co-conspirator with them in an unbelievable task. She must journey into the ancient records and retrieve the knowledge that broke this ancient couple and humanity itself apart. The death-bed promise this ancient couple made to each other eons ago is also the key to humanity’s own resurrection. It is this—the Butterfly Promise—that will return us to our true powers and to our wholeness once again.

Gail Siler, PhD, has been a social scientist and change consultant to governments and corporations for over two decades. She creates programs and workshops to help people navigate change in their personal lives. Midway in her professional career, Gail became connected to an unusual group of beings who, for over twenty-five years, have been teaching her what the real world offers us once we take our blinders off. Stones have also been Gail’s teachers. She specializes in finding heart-shaped “talking” stones along White Rock, British Columbia’s beaches.