We Are Of Eternal Love 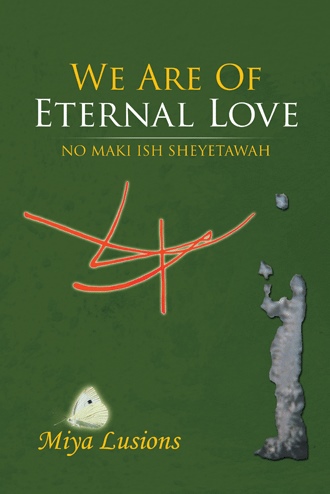 I begin my story with great feeling. We are of love. We are of Eternal Love. One from the beginning. Though we change, Eternal Love never dies. We are Eternal Love. One with the first and the last, yes. We Are Of Eternal Love... My energy came to form a long time ago, in a faraway place from whence I speak now. But in that time, its significance is made known within this time. I bring to you a place of unfathomable being; a place of contentment within this realm of universe. A place that gave me a precipice from which to launch my being into this realm. I was a Child of the Universe, so to speak, in that I relished in each moment. For each moment existed in eternity. A constant moment, unlike what we now perceive on this earth-bound realm. I existed in a moment of all. Every moment was a constant awakening, unlike this one we now share. A beautiful rainbow of openings into the deeper aspects of-what the mind would call-consciousness. All was united in a vast scope of existence, which encompassed the magnitude of creation, and all that Was, and Is, and will ever Be. It was a dance of energy, so to speak. A play of light that frolicked to and fro, and made itself known to all without hesitation. A mark on existence-in the realm of consciousness. There were no words to describe the vibrancy of all that was, as everything displayed itself in frequency-sound and light were one. Dancing in a melody of unison, energy-pure energy-transferred itself into form. And so...I became-form!

We Are of Eternal Love is an adventure through time and space. Compiling daily channeling over the course of a year, the author shares with us her discovery of experiencing multidimensional, parallel lives. She presents a remarkable and thought-provoking description of three entities, how they are connected, and how they influence each other’s lives. This is a “living” book that the author continues to experience, for as the author discovered, it is in the unlimited flow of the Spirit that resides within us, that has no boundaries, no limitations, no conditions to meet. It simply is, and it flows freely without restrictions. But in order for us to recognize and experience the same, we must put ourselves within that flow to allow it to be so. We must let go of the rock on the river bank, let go of our conditions, and allow ourselves to flow freely down that river of life. In doing so, we will round the corner which is currently out of sight, but which will present us with all that we have ever dreamed. We are never alone. We are of eternal love.

MIYA LUSIONS has one son and currently resides in Fort Worth, Texas. She works as an office manager and accountant for a CPA firm, which she loves. She is currently working on other writing projects.