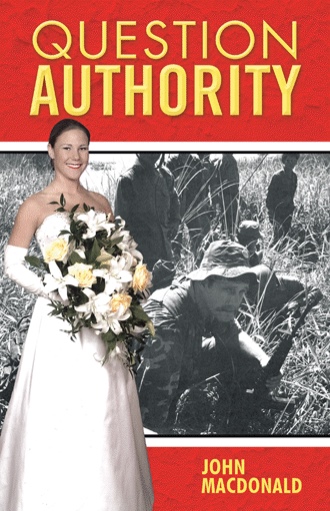 Susan’s best friend from work disappeared. They both worked for the President of the United States. Susan learned her missing friend may have uncovered a black market in Vietnam that was financing the President’s 1968 re-election campaign. When Susan’s life became threatened by the people she believed abducted her friend she took action. Instead of succumbing to her adversaries, as a woman of privilege might be expected to do, Susan boldly took steps to uncover the black market and expose those involved. She traveled to Vietnam with a Navy SEAL to find the evidence. She came close to being killed while exposing the black market. When Susan returned home to St. Louis, after experiencing combat in Vietnam, she was a changed woman, one who her mother could not accept.

Susan, a young White House staffer, becomes suspicious when one of her colleagues disappears. The colleague’s sister informs Susan that her brother suspects the administration is raising money on the black market in Vietnam to help finance the president’s 1968 re-election. The colleague’s sister also informs Susan that four Navy SEALs were killed in Vietnam when they intercepted the president’s campaign money. A car is reported burned, with an unidentified body inside, the day Susan’s colleague disappears. Susan suspects her friend was murdered. When a man Susan believes to be involved with her colleague’s disappearance approaches her, she escapes. Susan travels to Vietnam, with a Navy SEAL she knew from home, and uncovers evidence exposing the black market. Susan gets caught in the Tet offensive of 1968 and kills a Viet Cong. At the time her colleague disappeared, Susan was dating a member of the administration. Part of the evidence she uncovers in Vietnam proves her boyfriend is involved in the black market. Susan and the SEAL travel back to the United States and turn the evidence over to a former boyfriend of Susan’s who is an FBI agent. The result of uncovering the black market has a devastating effect on the 1968 presidential election.

John Macdonald is a dentist in St. Louis, Missouri. He graduated from Underwater Demolition Training Class 43 in March 1968. He was assigned to Underwater Demolition Team Eleven (since recommissioned SEAL Team 5), and completed two tours in Vietnam. He is married to Katy, a physician. They have three children, two boys, and a girl. To stay busy John throws in an occasional Ironman triathlon.