The Old Man in the Mountain and Other Stories 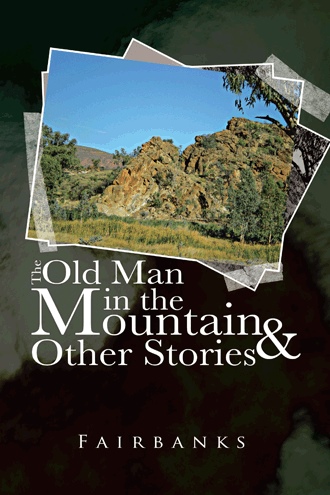 The Old Man in the Mountain

The old man began softly singing in traditional Aboriginal way, a whining chant, melancholic, ancient. He sat a distance away from the others by a small fire, facing into the darkness away from the glare of the camp lighting. Most of the tourist group was still noisily bustling about the brightly lit camp area, chattering, laughing, washing up the dishes and dealing with the aftermath of a hearty bush dinner. They hadn’t heard the start of the singing, and indeed had forgotten about the old man. He had politely, if a bit arrogantly, kept separate from the tour group for most of the day, since they had picked him up.

The old man had been sitting along the side of the road in the shade of a large desert oak, in what many of the foreign visitors considered to be the middle of nowhere. Yet it had been obvious when they stopped to collect him that this was not a chance meeting but pre-arranged as part of the ‘authentic outback experience’ they had paid for. A young dark, sleek-skinned boy accompanied him.

It was hard to tell the age of the old man. He was thin and wiry, with an appearance rather as much like a stick insect as a man. He wore no shoes, and his dark leathery feet were like the slender footpads of a desert gecko. His lanky dark-skinned arms were speckled with fine grey-white hair, and wisps of the same poked out from under his wide-brimmed bush hat. The well-worn bush hat and his scraggly beard covered much of his face but didn’t obscure sunken, gaunt cheeks and an overall impression of a skull covered with wrinkled, dry, brown parchment; the nose was flat and wide and looked like it had no form, no bone or internal cartilage. Thin, withered lips easily and regularly broke into a wide engaging smile which revealed but a few broken teeth and many gaps. In daylight one could see that one eye was clouded and milky, result of cataract or injury, and indeed the old man was legally blind. In the night, this sightless eye caught moonlight or firelight and reflected eerily.

The old man’s speaking voice was high-pitched and a bit shrill, but his singing voice, though subdued, was strong and resonant, emanating from deep within. As it grew in intensity, the primeval singing seemed to mix with the rising smoke from the fire and drift across the dark riverbed. The boy began to quietly tap two carved sticks together in accompaniment. This drew the attention of some in the camp, and soon the group began to settle around the small fire – tonight’s tour entertainment. They sat respectfully, quiet, entranced. The increasingly insistent singing was not especially pleasant to listen to, rather a strident dirge, and of course any content meaning was completely lost on these foreigners. With a final drum-roll from the boy’s clap-sticks and a high-pitched crying shout from boy and old man, the chant ended. The appreciative audience clapped politely.

“Thank you,” the old man began in broken but clear English. “No need to clap for Anangu songs, but ‘dank-yous’ anyways. He’s a very old song which I learned from my grandfather, and which he learned from his grandfather for many generations. It is a song for that Old Man in the Mountain across the riverbed there. You can see ‘is face in the rocks. The song be for that Old Man, to tell ‘im that we been come to sit with ‘im, and to remember ‘is story.”

Exploring widely diverse settings—from the wilds of the Australian Outback to urban adventures to biblical lands—this collection of short stories, poems, and other writings celebrates what it is to be Australian. It encompasses love, revenge, debauchery, wonder, loss, and uncertainty, but a common thread of hope emerges from the colourful and eccentric writings of bush author Fairbanks.

An elder Aboriginal storyteller regales a group of eager tourists with an ancient story of betrayal, loss, and clever deception by “The Old Man in the Mountain.” In “Tjamiti Ngunytji,” an American youth is rescued by a character living in a remote outback Aboriginal community. After the devastating Black Saturday Bushfire destroyed his Victoria home and manuscripts, Fairbanks was inspired to capture the fleeting reflections of such an experience in “The Smouldering Stump.”

Life is, has always been, and will continue to be a complex thing, shaped by friendship and love bonds, ugliness and conflict, anticipation and uncertainty, comedy and joy, tragedy, mystery, and more. Above all, there is hope and beauty for those who look for it. The Old Man in the Mountain and Other Stories celebrates the many threads in the colourful tapestry of life with the quirky, sometimes irreverent Aussie sense of humour.

The author was conceived in Fairbanks, Alaska, and honours his place of origin with his pen name. Born and raised in the American Pacific Northwest, he immigrated to Australia in the 1970s. He has enjoyed a full career as a teacher, including work in remote Aboriginal schools in central Australia. Currently, he operates a remote campground in the outback.