Gems of an overseas adventure 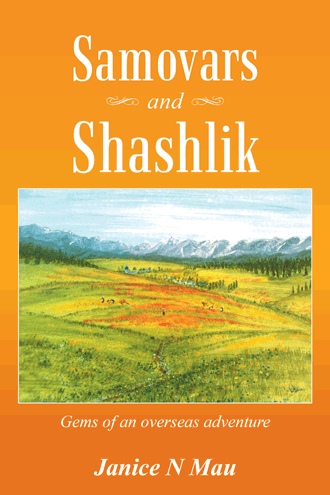 The empty cement-block building was set well back from the street. Brown paper was taped to the inside of the large dust covered plate-glass windows. Chain and padlock sealed the heavy entrance doors. We were standing quietly in the shadows, watching street activity in the distance. The sun was hot. The shadows cool. Our contact had agreed to meet us at 1 pm. It was now 1:10. We didn’t know who he was or what he would look like. We’d simply responded to a phone number in a single line ad on a Tbilisi website. Our car was parked down a side street a couple of blocks away. Footsteps sounded. A tall, lean man in scruffy blue jeans, hands shoved deep into the pockets of a grubby zip-front jacket stepped round the corner of the building. He nodded, greeting us in Georgian. “Gamarjoba.” He mentioned the item we were after. “Diakh” we responded. (Our knowledge of the Georgian language was limited but we knew enough to get by.) He indicated with his hand that we were to follow him behind the building. He strode ahead purposefully, head down, shoulders hunched, hands still in his jacket pockets. We had to move quickly to keep up. We were led down a broken cement driveway to the rubbish strewn rear of two tall grey apartment blocks before ducking through an opening and beginning a climb up worn stairs. Garish graffiti decorated the walls. Rusty railings leaned precariously. Nobody knew where we were. We didn’t know where we were. We silently trailed him up two floors. The building was clearly abandoned. Dust and rubble filled shadowed corners. Faint sounds of the city wafted in, drifting up the stairs in muted murmurs. I braced myself. It was just possible that we’d placed ourselves in a high risk situation. I ran some scenarios through my head. Then decided I’d rather not. Finally our contact stopped at a doorway. Beyond him, we could see an accumulation of building materials, junk, odds and ends. It was clearly a hoarding place. We wound our way through the maze of materials, following close behind him. Our guide suddenly stopped and waved us forward. We found ourselves in a tiny corner that held a small wooden table at which sat a couple of worn wooden chairs. One of them was occupied by a burly bloke with a shaved head. Hands the size of meat platters clutched a newspaper. Nearby was a chipped ceramic sink, a solitary brass tap hovering, anticipating possible use. A bare light-bulb clung forlornly to a frayed cord that looped across the grey cement ceiling. Our contact was now standing behind us, blocking the only way out. Burly put down his newspaper and cracked a smile. (That’s if you could call it a smile. Blocks of granite aren’t known for their sunny dispositions.) I glanced over at Pete. He was keeping his eyes on the bloke sitting at the table. I turned slightly so I could keep the other guy in my peripheral vision. I don’t like surprises. Had we made a terrible mistake? 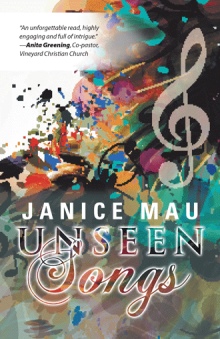 Hilarious, challenging and heart-warming. Enjoy the personal adventures of two Australian volunteers, living and working in the former Soviet State of Kazakhstan.

Born in New Zealand, Jan emigrated to Australia in the early 1980's and became an Australian citizen. She lives on acreage in the Granite Belt of Queensland with her husband Pete. Family live in Ipswich area. Being an avid writer, she has written articles for bulletins and brochures, short stories, poems and such all her life but is now a committed fulltime Writer. Her first book Samovars and Shashlik was published in 2014. She currently has other books in progress. Having lived a life full of hilarious adventures, challenges and dramas she likes to draw on these experiences, weaving them in to her writing in her own style and lacing them with humor. Jan is a member of the Stanthorpe Writers Group and is a member of the Stanthorpe Chamber of Commerce.