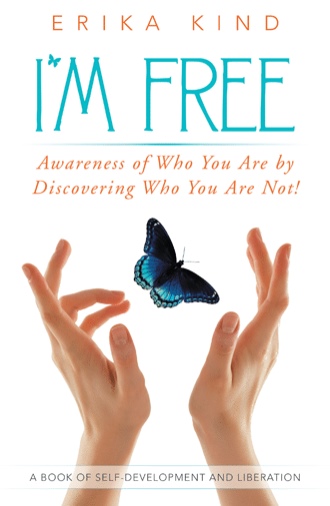 “A life in happiness and well-being begins with a decision”.

“In my opinion this book is a must for anyone who is interested in spirituality and also for those that have lost their way or are looking for their reason for being here in this incarnation. A great book well worth the reading.”
-Chris Gaydon, Medium and Healer

Are you yearning for the fulfillment of your dreams and wishes? Do you label them as unrealistic, unreasonable, or too risky and put them into the drawer of unrealized dreams? What is holding you back from following this clear call?

It is our thoughts, which through time developed and grew into doctrines. Many of them do not originate from ourselves but were taken from our surroundings. Nevertheless, we own an unfailing monitoring centre inside of us. This instrument enables us to recognise the kind of thoughts or actions which match up with our True Self and which ones don’t. This instrument is our feelings!

I’m Free will be a light that illuminates the path through the jungle of illusion and distortion back to your True Self. We did not come here to suffer, but to live a happy life in which we are the creator of our circumstances and not victims.

Erika has a practice for aromatherapy and self-development and also works as a singer. She was born in Vienna, Austria, in 1970. Today she lives with her husband and their three children in the Principality of Liechtenstein in the heart of Europe.
More about Erika: www.erikakind.com