How to Create Lasting Fulfillment in Life, Love, and Intimacy 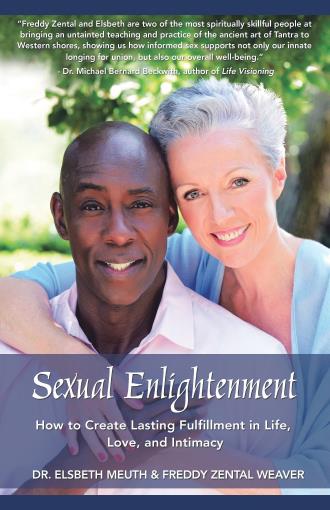 
Fortunate, indeed, is the person who has discovered to give sex emotion an outlet through some form of creative effort, for he has, by that discovery, lifted himself to the status of a genius. —Napoleon Hill, Think and Grow Rich


In his 1937 classic Think and Grow Rich, Napoleon Hill identified a number of principles of success for those who are inclined to study and practice. One of these principles he called “sex transmutation,” by which he meant the changing or transferring of one form of energy into another form. According to Hill, sexual desire may be the most powerful human desire that can be “transmuted” with imagination, willpower, and persistence into creative endeavors such as art, business, and the accumulation of wealth. His insights were particularly forward thinking at the time when he wrote his book, which focused on business leaders and what makes them successful.

Just like Hill, we consider sexual life force energy to be the spark of life in all of its expression. Sexual energy and life force energy are one and the same. This energy is an undercurrent that has always existed; it is part of the universal intelligence that has been present forever and everywhere. It is joy and pleasure; it is creativity.

Life force energy is the fuel for creating life in many forms from procreation to building and sustaining relationships, to running a business or even decorating our home. It’s transparent—most of the time we’re not aware of it, but it’s always there. We may feel sexual energy in sensations and emotions that don’t appear to be sexual; we may feel it in just the simple pleasure of existing. Sexual energy is the spark that’s creating life as we know it.

When we bring conscious awareness to our sexual energy—a capacity that is unique to human beings—we can use it to turbo charge the integration of our physical, emotional, and spiritual selves. This in turn allows for more fulfilling lives with expanded creativity, joy, and pleasure, and for more fulfilling relationships with our significant others, our friends, our families, our business partners, our communities, and finally the world as a whole.

Lisa was an accomplished international management consultant. Curiosity brought her to TantraNova, which—as it turned out later—was the beginning of a turning point in her life. Her career was a major focus for her, and continuing education in formal and informal settings had become part of her life. While she considered herself successful as indicated by external measures, she knew something was not fully expressed in herself and her work, yet she was unable to pinpoint what was missing. Lisa’s journey at TantraNova assisted her in becoming aware of her energetic body, her proneness to automatic emotional reactions, and the rampant conversations and interpretations that preoccupied her mind. While she had sharpened her intellect through her doctoral and consulting work and attended a leadership program on emotional literacy, it was not until she experienced a freeing of her life force energy in sexual and intimate ways, that she was able to clear old stories and imprints from childhood and adolescence. Freeing herself from some expectation of who she was supposed to be to embracing her unique gifts and authentic self opened the door to reconnect with her aliveness in a whole new way. As a result of setting free her creative self she began to reinvent who she was in the world. She left her corporate career and went on to found an authentic leadership institute.

When we say universal consciousness, we speak of the ever-present force that exists—and has always existed—within and around us throughout the infinite universe. Sexual energy is a manifestation of universal consciousness that has been creating, sustaining, and expanding life for billions of years. Evolved from single-celled amoebae to multi-cell organisms, we have become aware of this creative universal intelligence as a life-giving aspect of our biological existence as well as the fuel and foundation for living a creative, fulfilled, and inspired life. Developing a listening for this creative universal intelligence in terms of sexual life force energy is at the core of sexual enlightenment. This allows us to deliberately acquire new awareness and behaviors to create satisfying lives.

The state of our awareness of sexual life force energy at this time in the process of human evolution can be compared to the state of the world prior to Einstein’s theory of relativity. Before his discovery, relativity was a principle by which the universe had been operating all along, yet we were not able to recognize it. Einstein opened a door to a new understanding that altered science and the way of life for the human race. Practical applications of relativity theory include the capacity to produce nuclear energy, alleviating a portion of our reliance on nonrenewable resources for our energy needs; synchronizing global positioning system (GPS) satellites around the earth; or acknowledging philosophically that there is no universal truth, only a relative truth based on a person’s or community’s perception of the world.

Bringing light to the principle of sexual life force energy in the way Einstein brought awareness to the principle of relativity is our intention. The shift in awareness holds the possibility of altering the way we feel about ourselves, the way we create our lives, and the way we relate to and coordinate effectively with others in our intimate, familial, and professional relationships.

Sexual Enlightenment provides a guide for anyone—from couples to singles, from parents to students, from professionals to entrepreneurs—looking for bringing lasting fulfillment into their lives, relationships and work. Introducing cutting-edge principles and inspiring practices on how to access innate creative energy, listen to the wisdom of the heart, and connect with the power of the conscious mind, Dr. Elsbeth Meuth and Freddy Zental Weaver offer a road map that can alter and enlighten the way you look at sexual energy, love, and your conscious self. They provide practical advice on how to • access peace and joy anytime and anywhere by calming the unending chatter in your mind; • circulate your life force energy within for achieving greater physical health, increased emotional well-being, and deeper spiritual connection; • feel confident, grounded, and vital in yourself by accessing and training your love muscle; • experience an instant love connection with your partner, avoiding debilitating fights and mutual accusations; • come into balance of your yin and yang nature for creating the life and relationships you always wanted; • release blocks from the past that no longer serve you and keep you from experiencing fulfillment in life, love, and intimacy; • bring pleasure into your daily life by tapping into your creative life force energy; • enjoy reawakening your feminine joyous self as a woman; • cultivate sustaining your masculine pleasurable energy as a man; and • draw on your life-giving sexual energy to infuse your wishes and realize your dreams.

Dr. Elsbeth Meuth and Freddy Zental Weaver are the founders and directors of the TantraNova Institute in Chicago offering workshop retreats throughout North America, Europe and Australia. They are the producers of the bestselling DVD Series Creating Intimacy & Love and were featured on Showtime’s documentary series Sexual Healing and the Emmy Award-winning NBC show Starting Over.