A Path to Happiness 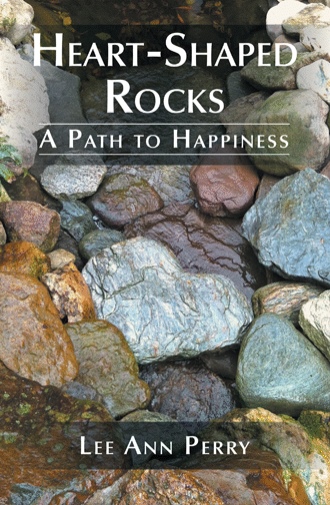 If you slow something down enough, you can watch it without feeling any emotion at all. All you see is a stream of details, the little pieces that make up a moment. That is more or less what I noticed as I watched my husband of 25 years drive away. My heightened awareness fascinated me, and I wanted to hover in that untroubled state, indulging only my curiosity. I had the idea that if I could maintain that detachment, making choices would become effortless. But it was like trying to stay in a dream after you realized you were dreaming. Just the effort of thinking about it distorts it, and even as you try to reconstruct it, you feel it disintegrating. The magical detachment was dissipating. I looked out the window waiting to see if some powerful sentiment would swoop in and fill the void. The seconds ticked on. Good so far. I loved the way thoughts seemed to drift into my awareness slowly and rhythmically. Emotions fanned out before me like a hand of cards. It dawned on me that, at that pace, I could make deliberate choices and influence my outcomes. Good. A subtle hint of eagerness wafted into my awareness. Perhaps I had crossed that fine line between anxiety and excitement. On the one hand, I was relieved that my circumstance lacked the melodrama of a teenage break-up. On the other hand, there had been something exciting about having a girlfriend grab diet cokes and tissues, and rush to my side to comfort me as I cried over the yearbook. I knew Ree or Weez would drop whatever they were doing to be with me through this ordeal, but that option did not appeal. I was pleased to recognize both my reluctance and a kind of inclination. A compelling idea was brewing in my mind. Viktor Frankl said, “When we are no longer able to change a situation, we are challenged to change ourselves.” If I could pull it off on my own, make it through that night without self pity, somehow some way, there would be a great payoff—and bragging rights to my success. A shadow of doubt crossed my mind as I considered that my ambition might be just a spike of bravado; it might be followed by a desperate craving for sympathy later on. Not good. Over the course of my life there had been plenty of times when my positive attitude alone had altered outcomes. Okay, obviously my formula was not infallible. That situation warranted something more than a cheerful tone; it called for more substantive props. I needed a plan, and I wanted to communicate while I was in that open frame of mind. Given my circumstance, not feeling like a victim was a big deal, and I wanted to share my success with someone. From counseling I knew that by sharing my feelings I could re-experience them, and self-empowerment was a feeling I definitely wanted to prolong. I did not want my wave of optimism to collapse and slosh me up on the beach of self-pity. I had already put Ree on standby for the occasion, so I knew I could phone her on my slightest whim. When I called, she answered on the first ring. I skipped the usual pleasantries, and dove straight in with my progress report. Ree set constraints on our conversation: no reviewing what led to the break-up (“If only...”), no jumping too far ahead (“Will I ever find true love?”), and no mentioning Seth (my vanished husband). I agreed to her terms. Reviewing what had happened would probably have taken me down a path of negative emotions. That was a critical night for me; I needed to stay present. Eckhart Tolle said, “Your power is in the now.” That would be my mantra. Analysis is not in the now, nor is speculation. Ree and I brainstormed ways I could flood myself with pleasing sensations, distract myself, and keep my focus positive. I kept thinking of water analogies to describe my experience—beach, wave, storm. (I liked that tears were not part of it.) I thought of planning a “date” with myself for that night, considering what would comfort and distract me.

For more than twenty-five years, Lee Ann Perry has been counseling others out of anxiety and depression. When faced with the emotional trauma of the breakup of her own marriage, Lee began her ascent to happiness by reaffirming her fundamental belief that there is always a way to overcome adversity. Through the years, Lee observed that some people recover quickly from setbacks while others linger in pain. She resolved to be like the former, moreover, she was determined to discover the most direct path back to thriving.

Over her lifetime, Lee has been a seeker of inspiration and enlightenment. Given her interest in spiritual evolution, her marriage ending was compelling evidence that something was off in the way she had interpreted and applied what she had come to believe. That disconnect impelled her to a rigorous examination of the evolution of her spiritual and philosophical path—which beliefs and practices had contributed to her overall happiness, and which had not.

Lee was convinced that both staying stuck and moving on were choices; she recognized that she did not have to be a victim of her circumstances. She sought an empowering alternative and tapped into profound happiness in the process. Her experience went far beyond confirming her belief that adversity can be turned into opportunity. She discovered that her capacity for happiness expanded with her self-awareness. People began to notice how joyful she was, and their eagerness to learn how to get similar results inspired her to write down the details of her process. This book recounts Lee’s journey from despair to elation in thoughtful, lucid, and sometimes amusing anecdotes. You can follow this unfolding and apply these insights to expand your own experience of happiness and well-being.

“Insightful and inspiring. The heartfelt tale of a counselor’s journey from pain to self-acceptance and the transformational power of living a life of love.”

Lee Ann Perry has been a counselor for over twenty years, and in her work helping those overcome life’s challenges, she has been fascinated with what makes some have a remarkable resilience to adversity. A believer in the Law of Attraction, that we are the creators of our lives, she was compelled to write down her own formula for overcoming adversity and finding the path to happiness.