How I lost one hundred pounds with marijuana therapy 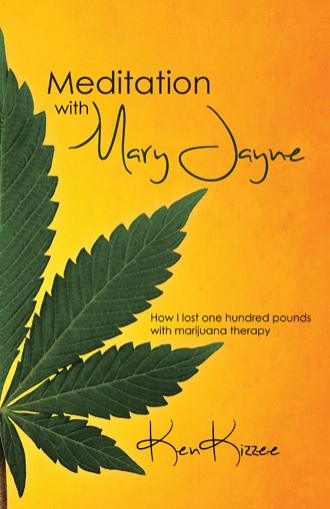 Introduction
“I was surrounded by love and miserable. I was unhealthy and the size of my waist told the world. A great and unique company that I was a part of was just purchased by a corporate vacuum cleaner.
Change was in the air; it was 2012 after all.
I of course had no idea what change was coming. As a matter of fact, I didn’t even know who I was anymore. The world just wasn’t making sense and I was starting to seriously worry if maybe, just perhaps, I may be losing my mind. I was horribly out of shape and thinking that this may be the beginning of an early end. My mind’s incessant chatter was to the point of driving me crazy until after one particularly bad day when I finally said to myself “I’m going to do whatever it takes to avoid being taken away in an ambulance.”
Its 2013 now, my blood pressure is in check, my cholesterol is normal and I’m more than 100 pounds lighter. Weight really isn’t as important as much as how I look and feel, and what I can now accomplish seemingly effortlessly. I do however, really feel great and look much slimmer. I’m constantly buying new, smaller clothes and I feel as if this is a permanent momentum. I use the word love more liberally in my everyday conversations and I’m off on an adventure that I had put off over twenty years ago. The concepts in this book aren’t new and they are not mine; even if presumed to be original. This is the answer to that question that so many people around me have been asking. “How are you doing it?”
This short book is a story of awakening; finding myself and using that knowledge to change myself. It is not some secret recipe for brownies. It’s a cumulative story-lesson that is best read through once in its entirety and then used as a reference. This story-lesson is how I went from unhealthy and negative to being relaxed and groovy in a very short amount of time with seemingly little to no effort; but with the assistance of marijuana therapy. Cannabis alone will not bring about change in your life. You have to set your intent; overcome your fears and declare that you will ______________. Cannabis can help you to not only relax, but also to regain your balance, focus, and seemingly energize you; but only if the person is open and aware enough to notice.
Fair warning, I am the son of a repressed hippy. Reader caution is advised.

I come from what I would think of as a normal New Jersey, middle class broken home. I couldn’t wait to join the Army; and neither could my mother. I was the last of three children that she raised, but the only boy, and the last to leave the house. Having two older sisters, I was subject to all sorts of humiliation growing up that I’m sure in no way influences my homophobia; like being dressed up in a communion gown.
At seventeen, I had already held a job reliably for a couple of years and was promoted due to it (not a very high bar when working under the table). I was making good money for that age; I thought. I bought a Yugo on my own after all; but that’s how we were raised. Hard working, reliable, always think of the other person first, humility, honor, integrity, loyalty, your place of work is like a temple you worship in every day; my Grandmother was fond of quoting that. Basically, you work within your means to do what you have to do. I really felt as if I were ready to tackle the world and I thought I had proven it to my mother; she let me enlist in the United States Army at the ripe old age of seventeen. I was to learn later however, from the time I started boot camp, she wouldn’t leave the recruiter or the Army alone; acting like a drill sergeant herself. You see, if I didn’t write home, my mother would worry and start calling people until she heard the answer she wanted; which was of course, for me to write a letter home periodically. I had been through basic and advanced training and was stationed in Germany when my commander summoned me to his office. He wasn’t happy, as it appeared that he was under orders from HIS commander, to personally instruct me to write home.
My mother was of course a saint in my eyes but she was a New Yorker, a large woman in every aspect who knew how to throw her weight around when she needed to. If I can believe a childhood story, her dream was to run off to the Alps and become a nun like in The Sound of Music; she was very Catholic. The path she chose instead left her alone and broke, after having raised three children through some very rough times. I was the last child out of the house and I think the focus of her mental angst while she sat home alone in the dark. I believe she was a repressed hippy, always doing what she was supposed to do instead of doing what she wanted to do.
My mother died while I was in the service. She was obese. She had Phlebitis. Cause of death was a blood clot from her leg that clogged in her lung. She died in her sleep.
I remember my last days at home before joining the service. My mother appeared to be suffering from a condition but nobody knew what. In the evening, she would listen to music and spiritual teachings through headphones. She would cry for no apparent reason. She would nervously scratch her head to the point of creating a bald spot.
Flash forward twenty five years. At the office one day I suddenly had all the symptoms of a heart attack. I was in a meeting and my chest got tight, I started sweating, my arms went numb to my elbows. I stood to catch my breath but instead I lost it.
At 41 years old, roughly the same age that my mother was when I left for the service, I weighed in at 325 pounds and stood 5’ 10” tall. I was a smoker. My blood pressure had the top of my head feeling like a percolating coffee pot, my cholesterol results were all the bad numbers; not enough of the good. My diet wasn’t good either, but it wasn’t all junk food; I was a typical meat and potatoes kind of guy. Very few people realized I was so out of shape because my frame carried it well but I knew; and I decided to seriously think about changing that. C’mon, you know what I mean. Let me hear from all of you fellow procrastinators who take just a big enough step in the right direction to plant a seed and then feel miserable for not following through. Drives me crazy too; or at least, it used to.”

After having an apparent heart attack and living on pharmaceuticals for months to lessen the symptoms of hypertension, author Ken Kizzee describes how an alternative treatment resulted in weight loss, a focused mind, and relaxation, which in turn corrected the various symptoms of the ailments that the pharmaceuticals were trying to address. Marijuana therapy, which is a combination of meditation, breathing exercises, and cannabis, is the alternative treatment that changed his life forever. This story-lesson is how Ken Kizzee went from unhealthy and negative to being relaxed and groovy in a very short amount of time with seemingly little to no effort. This short book is a story of awakening; finding yourself and using that knowledge to change yourself.