A Weekend with Emma 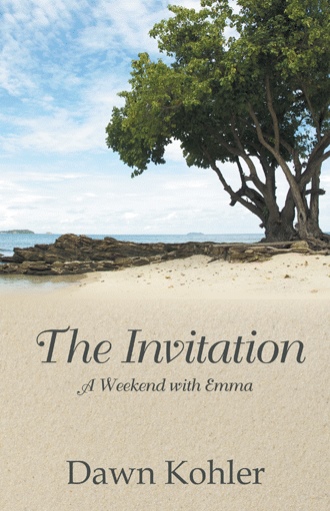 
Rain pelted the tarmac as the final passengers boarded the flight. I climbed over a young couple, nibbling at each other’s faces like they wanted to eat each other alive, to take my seat by the window. The woman excused herself and her husband as newlyweds, then resumed the smacking of lips and groping of thighs. I settled in and buckled my seatbelt, listening to their moans wondering if I would ever feel that way about David, so much in love with him that I wanted to breathe every inch of his air. On some level I yearned for those feelings. On another, it looked to be completely suffocating.
I put on a pair of earphones to distract myself from the whispers and heavy breathing and thought about the cabin we rented in Maine. David had taken me there for my 28th birthday, just a few months after we were introduced by a mutual friend. We spent the days sitting on a warm porch, watching the ducks swim through the tall reeds, reading to each other from our various books wondering out loud about the author’s point of view. David would always make a comment about what would hold up in a court of law while I reveled in how much he knew and the subtle ways he would find to move his body closer to mine.

Despite having a loving fiancé, Kate Edwards is haunted by a feeling that something is missing in her life.

After losing her job as a reporter, a sense of inspiration is ignited by an invitation to spend the weekend with Emma Daines, a retired professor of social anthropology and the former US ambassador to Germany. Kate has long admired Emma’s accomplishments and for years has attempted to obtain an interview. Yet Emma Daines is known to be deeply suspicious of journalists, as she holds a secret that reporters have wanted to get their hands on for decades.

A thoroughly mesmerizing novel, The Invitation takes us to a beach community in Northern California, where through a series of outdoor adventures Kate struggles with her internal conflicts over love, ambition, and her need to gain Emma’s trust. Little does she know how her life will change when she stumbles upon Emma’s hidden memoir which exposes the underbelly of her determination, her relationships, and brings to light the walls that keep us separated from one another.

This riveting, insightful, and unpredictable story brings us into the heart of two women who ultimately learn from each other what’s important in life and the real and powerful meaning behind receiving The Invitation.

Dawn Kohler is an author and master level executive coach who works with clients to manage changes within themselves and their organizations. She previously published a memoir and now uses her extensive experience in human development to create compelling characters who struggle and ultimately triumph in these times of accelerated change. Dawn lives in Laguna near her three adult children.