Shooting Back From the Heart 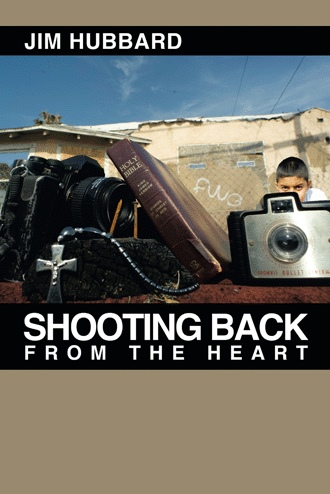 By the time I turned twenty, I had little hope. I didn’t consider myself very smart, especially since my dad judged me off my report cards and he would compare me to my older brother, who was academically brilliant. I don’t remember ever taking an IQ test, but I suspect I would have flat-lined the score./ Had there been a test to measure street smarts, however, I’d have tested off the charts.
My senior year in high school, I was assured my doom. Mr. Schumacher, the principal, said sternly, “You are a retard. You will be dead or in prison by the time you’re twenty.” Then came his final words to me before my expulsion from Detroit’s Cody High. Looking directly across his desk, his eyes peering over his glasses, he said, “You are our worst student in a school of 4,000 students, a hoodlum, and you are never to return. Goodbye, Jim.”
But my fate wasn’t sealed that day in the principal’s office, and decades later I was still among the living, not imprisoned and, in fact, had even seen a little success.
In 2010, I boarded a plane headed to Amman, Jordan, to launch a project with thirty Palestinian youth. Completing the project, I travelled to Hong Kong to consult with the Ho Family Foundation about youth projects they were planning.
After arriving at a hotel in China I collapsed onto a soft chair and looked out the floor to ceiling windows from the 25th floor of a hotel, onto a panoramic view of the Hong Kong harbor, thinking it a far cry from prison. “How did I get here?”
I reflected on how far I had come, from a tiny brick house in working-class Detroit to a city in China with a lifetime of adventures around the world in between.
Memories swirled in front of me. Contrasted to the condemnation of my high school principal, I thought of what Oprah had once said when she featured me on her show. Smiling, looking into the camera she said, “Shooting Back is one of the most interesting projects that caught my attention, and a very special effort in our nation’s capitol. Way to go, Jim Hubbard.” Without meaning to or even knowing how, I became a “media darling, a mini-celebrity, a man with a great idea.”
When I was a little boy, I knelt every evening at my bedside, my mother next to me, and we prayed for the “sick, needy and afflicted.” Then we prayed, “Now I lay me down to sleep, pray thee Lord, my soul to keep. If I should die before I wake. I pray thee Lord, my soul to take. Amen.” Now I have no doubt, and any idea denying God’s existence seems bereft of joy and imagination—the terror of a meaningless void. Happiness could only be achieved by being thankful to something higher than the self. “To whom or what do nonbelievers say thank for their being alive and being fed?
In this rare moment of solitude I could bring to the surface anything to which my mind had returned to again and again over the years, all the sore points of my life
A corpse in a casket in the dress she’d worn on Christmas day, and the blinding darkness that had followed.
I thought about personal pain and the pain of others. As a photojournalist, I had witnessed events that had made humans suffer through horror and darkness, as well as the heights of human glory and joy. I’d seen the richest and poorest equally good and evil, only ever human beings. Tragedy is not something I wanted to see either, but I did, and on a much grander scale than I ever imagined possible. Death and life are sewn together, akin.
When I was a little boy perusing Life Magazine and the Detroit News, studying the photographs that depicted war, famine and natural disasters, I was captivated. When I became a photojournalist such scenes became vivid for me. I saw bodies burned, cadavers laying in water for days. People butchered by knives, guns and bombs.
Is there a God, or is it all meaningless? How are we supposed to find any answers, especially after having taken photos of not only the victims but the monsters who had murdered or raped innocents, leaving haunting images as indelibly affixed in my mind as the layer of silver salts on the film in my cameras. These are permanent memories, not the kind I could repress.
What better place than the seminary, where I eventually landed, to ponder meaning and sift through the paradoxes of good and evil, to wonder why good existed in the same seeds of human nature as evil? But life absent meaning—and God—is an assumption without appeal.
When the consultations had concluded, I flew back to Los Angeles, but the memories weren’t nearly through—from my youth, my struggles with work and faith, the time spent abroad and at home with every kind of person—it all kept rushing together as one surprising story.
A writer for the Washington Post called one day and said he’d like to write a story about my work with the poor and homeless. “It’ll be a long story, seven to ten pages, including some of your photographs. I’d like to spend a few days with you, meet your family, accompany you when you’re on the streets taking pictures.”
“You want my whole story from childhood to now?”
“Yes.”
“That’s a major story, seven to ten pages. Me?”
“I read some other stories about you and thought you’d led an interesting life. Besides, my editor thinks we should check you out. You’ve done something quite unusual, Jim.”
“What’s that?”
There was a pause. “You left one of the cushiest jobs in your field to attend a seminary and work with the homeless.”

“Shooting Back is wonderful and should be supported in every way possible.”
—Hillary Rodham Clinton

“Jim and Shooting Back gives … us all hope.”
—Maria Shriver, NBC news

“His photos are powerful. His theme is strong and honest. Jim’s faith story is compelling, enabled by the grace and love of God. There is a human joy. Jim Hubbard is a very special person, and I am proud to know him.
—Martin Sheen

“Jim Hubbard’s photos are a worthy continuation of the tradition of American documentary photography that has tried to give voice to the voiceless. Through his sensitivity we feel that these are people and not just a problem.
—Peter Howe, director of photography, LIFE magazine

“Jim Hubbard reached a position which any photographer would envy. He has embarked on a task which is difficult and rarely lucrative. Jim spends his time in our ghettos, our poverty-filled streets. He is an artist photographing the poor, impoverished to heighten the public’s awareness. Jim should serve as an example to us all.”
—US House of Representatives Majority Whip Tony Coelho, D-CA

“I was very moved and touched by your book. God has redeemed, is redeeming, the searing pain of your loss. Your story greatly encourages me.”
—Rankin Wilbourne, senior pastor, Pacific Crossroads Church, Santa Monica, California

Jim Hubbard, Bio Website jimhubbardphoto.com Email jim@venice-arts.org Jim Hubbard is an acclaimed documentary photographer who, in 2007, was the first photographer to be the recipient of the prestigious Lewis Hine Distinguished Service Award given by the National Child Labor Committee. He also won the Leica Award for Excellence in 1988 for series on Homeless in America. Jim began his career as a photojournalist in Detroit during the tumultuous 1967 Detroit riots one of the first major international stories he covered. Jim’s photographs have been published in most of the world’s major print publications and he has covered many of the world’s major stories including the 1972 Munich Olympics and massacre, the 1979 Cambodian genocide by the Pol Pot regime, the death of 10,000 people in 1971 during a cyclone near Calcutta, India, and the Wounded Knee siege in 1973. Jim also served with the White House Press Corps during his 16 year staff position with United Press International (UPI) and has photographed five U.S. presidents and numerous presidential campaigns including traveling with Bobby Kennedy shortly before his death in 1968. Hubbard has been nominated three times for the Pulitzer Prize for his homelessness series 1987, Rapid City 1972, SD flash flood and Wounded Knee coverage 1973, and has won over 100 awards from the National Press Photographers Association (NPPA), White House News Photographers Association (WHNPA) and United Press International (UPI). His work has been exhibited nationally and internationally, featured in print and television media. Named a Fellow in 2007 at the USC Annenberg School for Communication and Journalism and a co-founder of the USC Institute for Photographic Empowerment (IPE) he joined USC’s Faculty in 2008 and offers a ongoing popular classes titled Visual Communication and Social Change and Visual Communication of Death in the Digital Age. After 25 years as a professional photojournalist, Hubbard founded Shooting Back in Washington, D.C. to empower disenfranchised youth with the ability to describe their world: with the camera they “shot back” as the experts of their lives rather than the subjects of a professional’s work. The inspiration for Shooting Back came while Jim was studying for a three year Master of Divinity (M Div) degree at Wesley Theological Seminary (WTS) in Washington, D.C. Hubbard also authored four books; American Refugees, Forward by Jonathan Kozol, University of Minnesota Press (1991). Shooting Back, Forward by Dr. Robert Coles, Chronicle Books (1991) and Shooting Back from the Reservation, Forward Dennis Banks, The New Press (1994) and Lives Turned Upside Down, Simon&Schuster, (1996). Shooting Back’s photographs have been among the most widely viewed and publicized images in modern photographic history. Jim has lectured at over 100 colleges and universities. Jim holds both Master of Arts and Master of Divinity (MDiv) degrees. He is the father of four daughters and resides in Los Angeles, CA. Jim is a member of Pacific Crossroads Church (PCC) in Santa Monica, CA.