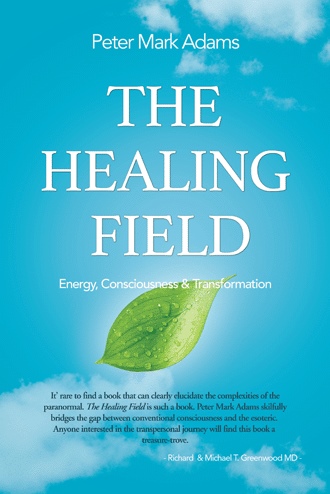 Ten years ago I was diagnosed by a medical doctor and acupuncturist with an enlarged liver. His diagnosis involved the use of a micro ohm-meter, a device that monitors variations in the skin’s electrical resistance. He told me that my condition could be healed but this would require weekly treatments for the next 8 months. A day or so later my wife, Gulcan, and I met a Russian bioenergist who offered to demonstrate her healing skills. Since neither of us shared a common language we couldn’t discuss my health issues, or anything else for that matter. Instead she passed her hands around me at a short distance from my body and quickly diagnosed the same liver condition as the acupuncturist. This impressed me, and I decided to undertake a healing session with her the following week. The session started with her bringing her own energy into ‘focus’. She asked me to breathe deeply and rapidly a few times. I am familiar with various sorts of breathwork so I recognized that this would quickly increase the level of my inner energy. She then massaged my liver, and this marked the last second at which my awareness could be said to be operating within normal bounds. She inhaled sharply, and as she did so her hands pulled some manner of invisible ‘blockage’ from my liver and into herself, as though ripping a plant, roots and all, out of the soil. She then exhaled powerfully over my head. Right then my whole mood and energy shifted. I felt weak and light at the same time. Although these actions describe what happened, they completely fail to do justice to the intensity of the process that I experienced. When she ‘pulled’ the problem out and into herself it showed quite clearly in the pain and sadness that were etched into her face. A moment later she lifted her face upwards and powerfully blew out, permanently and completely releasing the problem. I felt weak. I lay down. I was completely overcome by what I can only describe as ecstatic bliss, pure and endless joy, a sense of the unutterable, perfection and humor of existence itself. I dissolved in joyful laughter – a level and depth of laughter that I have never experienced before. I was ecstatic and laughed uncontrollably for half an hour. About a week later, I visited the acupuncturist who checked my liver once more only to find, much to his amazement, that he could no longer find any trace of the liver problem. When we told him about my session with the bioenergist he said, “I must meet this woman!” Ten years later I am still completely free of the liver problem. This account touches on many of the themes that we will be exploring through the first-hand accounts of gifted energy healers. In particular it illustrates the intimate connection that exists between our natural energy fields, our health and the quality of our awareness. It demonstrates our innate ability to intuitively understand the deep, emotional roots of ill health. And it shows how natural processes can affect fast and effective healing by changing the dynamics of our energy field. The reality revealed through energy based healing is quite different from the world of most people’s day to day experience. Like most of us, I have been raised to believe that what you see is all there is and everything in the universe, without exception, can be reduced to and explained by the particles of matter that we have catalogued bumping into one another. These beliefs mark the boundaries of conventional wisdom. But the accounts of healing gathered here, drawn for the most part from our case files, reveal that this picture is incomplete. Reality is far more diverse, multi­dimensional and connected than we imagine. The practical implication of this is that each and every one of us, using only natural methods, can realize a level of healing and positive personal transformation far beyond conventional expectations.

THE HEALING FIELD examines remarkable cases of healing and personal transformation made possible by a range of natural energy based healing techniques. The anomalous experiences arising in these contexts throw fresh light on the timeless issues of the nature of consciousness, reality and selfhood.
Through the unique lens of the energy healer we are able to discern a far more expansive, positive and empowering view of our place within the larger web of life. The experiences recorded in The Healing Field are based upon live cases derived from over 15 years of professional experience. The insight and understanding arising from people’s lived experience goes far to relieving the anxiety, fear and doubt that otherwise overshadows the vast majority of people.
Back Cover Text:
The Healing Field presents a collection of real-life cases drawn from intensive energy healing work. For over 15 years, Peter and his wife Gulcan have been practicing and teaching energy psychology methods such as Emotional Freedom Techniques, Tapas Acupressure Technique, Reiki and breathwork to thousands of people. Their research reinforces the idea of a healing and morally self-correcting field of consciousness.
This concept is compatible with Rupert Sheldrake’s “Morphic Field”. The Healing Field illustrates how transpersonal fields of consciousness connect all life forms and provides powerful leverage to heal the vast range of issues not addressed by conventional medicine and therapy.
These issues often relate to:
• Contracts made in the womb
• Merged identities
• Problems inherited from ancestors
• Past life traumas
• Near death experiences
• Interactions with deceased persons
• Spirit and entity attachment
• Spiritual experiences
• Encounters with higher order beings
Each section carefully references scientific research, making this book a unique bridge between science and energy healing. Using simple, natural techniques we can heal our emotional and physical issues. In doing so, we contribute towards healing the fields of consciousness that connect us all. The Healing Field provides a reliable roadmap to help you chart a new course towards realizing your full potential in life.

Peter Mark Adams, a Philosophy graduate, has been researching energy, consciousness and healing for over 35 years. For the past 20 years he has worked as a professional rebirthing breathwork facilitator, mindfulness teacher, energy therapist, Usui Reiki teacher and author.

Peter has written a range of practical manuals covering Mindfulness, Reiki and Rebirthing Breathwork. He has contributed numerous articles on complementary and alternative medicine, mindfulness, Reiki, breathwork, energy, esotericism and altered states of consciousness to a range of journals. Peter is a contributor to Paranthropology, the international peer reviewed journal of anthropological approaches to the paranormal and ‘The Journal of Exceptional Experiences and Psychology’. Peter has acted as both an advisor and contributor to the Turkish Radio & Television documentary ‘On the Borders of Science’.

For over 15 years Peter and his wife, Gulcan, have been practicing energy healing and teaching thousands of people. Gulcan, an industrial engineer, specialises in emotional and karmic healing. This book is a testimony to their teamwork. They live in Istanbul with a cocker spaniel and three cats.
Peter can be contacted through his web site:
www.petermarkadams.com