How the Internet can lead to Infidelity 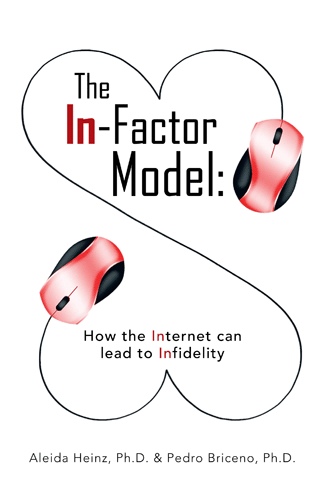 HOW THE INTERNET CAN LEAD TO INFIDELITY

Infidelity is a complex, complicated and controversial issue and cyberspace has become a phenomenon in this decade which has greatly contributed to it by speeding up the process of connection, impacting long term relationships.

Many of us have been through painful situations where a loved one has betrayed us, or where we have betrayed a loved one. In most cases, cheating causes confusion leading to emotional disturbances, affecting individuals, couples, families and society.

Infidelity is deception, treachery and lies where agreements are broken. It seems that women cheat for different reasons than men; women cheat for not feeling happy in their relationship whereas men cheat mostly for sex and variety.

Men as well as women can be attracted to and develop desires for other people, having secret and intimate relationships (with or without physical contact) and they can be equally unfaithful. It is clear that we live in a world of temptations and desires where we can find opportunities everywhere; however, the Internet, as well as the workplace, is the top risky place for cheating.
We would like to present two real-life cases to illustrate how the Internet may lead to infidelity. Both cases are about married couples ended up in divorce because of the falling in love of one of the spouse through the Internet.

After many years working with couples, a very peculiar case suddenly came up. A very desperate man asked for an emergency appointment. The next day, Jose, a young man in his 40’s, with sad eyes, good looking, said "I'm shattered because my wife Isabel is leaving me for someone she met on the Internet"...

After listening to his story about his married life and his mixed feelings, it was clear that Jose was totally oblivious to the needs of Isabel, his wife. For José everything seemed fine as she was always at home, never went out alone, and there were no friends around her. He mentioned that “her evenings were spent behind the monitor of her computer, without a word, without any fuss, without any shame”.

According to Jose, Isabel in a moment of discussion said to him that she had a friend on the Internet with whom she wants to live. She proposed to leave their children for a while in order to meet her cyber friend. Jose only asked for a time to ponder it, he was shocked!
It was easy to understand Jose’s confusion, pain and disappointment at such apparent injustice, but a talk with Isabel was necessary to explore her feelings and motivations as well as this new style of falling in love on the cyberspace.

A few days later, Isabel came and talked about many of the details regarding her cyber friend, how she got involved in the magic of the Internet without awareness, and her reasons to leave Jose.

According to Isabel, all started with an "accept me" on Facebook. "He was my sister's friend on Facebook and it was so easy to be her friend too". It was about a very interesting single, handsome, young man leaving in Miami.

This man seemed to fulfill the empty spaces in Isabel’s life. He was eager to conquer her and available for her at any time. Day by day, Isabel was discovering new possibilities, a new world with new hopes, where this cyber friend listened to her, cared for and valued her even without being able to see her face to face.

Isabel was unintentionally infatuated with this amazing cyber friend. Even though she began to feel some guilt, confusion and anxiety, she did not want to ruin her present happiness by remembering her moments of solitude in her marriage. Every afternoon she longed on to turn on, find affection, attention and love.

Isabel's life completely changed when she realized she fell in love with her cyber friend. She became a happy woman who cared little for her agonizing husband. They lived a dream day after day, where they could not wait to connect, they knew everything about each other’s habits, desires, dreams, secrets and even the most intimate details of their lives, which brought to them the readiness for an off line meeting.

As Isabel dreamed, her wish came true and she finally met her cyber lover. Their lives seemed intertwined to the point of wanting to live together, so she wanted to divorce Jose. Perhaps, it was the end and the consequence of a routine life with little intimacy, where the Internet played an important role and a very convenient tool for Isabel.

Tim and Mary have been married for seven years. They have one daughter. Tim mentioned that he loved his wife and he was a committed husband and father. He was raised catholic and believed in being married forever no matter what; even though he felt a little unhappy in his marriage. He worked all the time so it wasn’t too bad, and then venting his desire through the Internet.

One day, he received a request to accept an old girl friend named Carla, in LinkedIn. He felt a little strange about it, but he told himself that there was nothing wrong connecting with an old friend. It was a professional connection. It was a smart thing to span his net work of people. In addition, Carla was well connected in the media.

A day letter, Carla asked him to joy her in a chat room and also on Facebook. He did it without thinking about too much. He saw it as a normal request. They started chatting everyday about the old good days, old friends and family. Carla was divorced, independent, very attractive, and outgoing. Tim felt that he has done anything wrong so far; they just chatted and exchanged a few pictures. She was too far any way, and there would not be any physical contact at all.

As the days went by, they started to revive the old chemistry that existed between them. Tim listed to Carla, and Carla laughed at Tim’s jokes. They found out that it was very easy to talk to each other about anything and everything. Tim saw the whole deal as harmless and innocent chatting. He felt uncomfortable about no mentioned it to his wife, but he told himself that it wasn’t immoral, illegal or sheathing. In addition, Mary would not understand it.

Unfortunately, things at home with Mary got worse. Mary complained about Tim working all the time and coming home to spend hours in the computer. Tim shared his marital problems with Carla who related back her experience with her ex. So, they made a deeper connection. They felt understood at so many levels. They even masturbated through Skype. Things at home did not get better while things with Carla got more intimate day after day.
One day out of the blue, Tim moved out.

It is clear the role the Internet played on this marriage, leading to infidelity and a breaking up of Tim and Mary’s relationship.

Based on a study of sexual behavior of women and men in open and in closed relationships, The In-Factor Model can show you the unconscious process people follow online.

Our findings seek to make you aware of the risk that cyber-friends and the Internet can bring to a relationship, as well as provide you with a notion of what committed adults are doing online. Moreover, if someone cheated on you with a cyber-friend, this book may help you understand how and why.

What’s more, professionals working with couples and committed individuals can benefit from this book since it shows the process that people follow online. Clinicians can understand, explain, and come up with strategies for each level of the process to help their clients that go through infidelity online in a simple and
clear way.

If you are interested in the magic of the Internet, then this handy book is for you.

Dr. Aleida Heinz holds a Ph.D. in human sexuality and is a board-certified sexologist who specializes in sexual and intimacy enrichment for couples and individuals. She provides counseling and coaching for relationship-building as well as increasing intimacy and sexual pleasure.

Dr. Pedro Briceno holds a Ph.D. in human sexuality and is a board-certified sexologist who specializes in male sexuality. Their private practice is based in Charlotte, North Carolina.