Beyond Medals of Valor 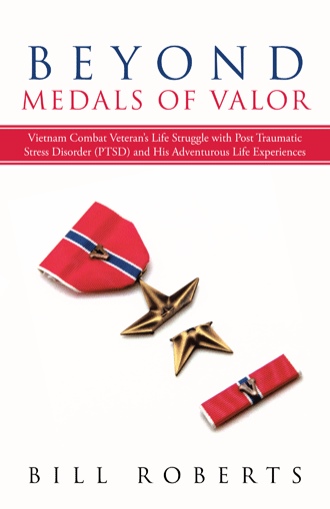 Influenced by patriotic war movies, joining the army and fighting for his country seemed to be a purposeful and honorable endeavor. Bill had been a delinquent kid and a high school dropout and later became a brokenhearted drunk whose girlfriend left him for a responsible insurance salesman. This is his true story and his perceived reality written from his paratrooper/infantryman’s perspective in explicit detail. The reader will be outraged by the immorality, the lies from the top, and the insanity of the Vietnam War. The gripping detail of jungle warfare is riveting, touching, and raw. The author describes his intense search for meaning and his long battle with post-traumatic stress disorder (PTSD) after the war. He details his college experiences during the turbulent counterculture movement of the sixties which deeply affected the country and was instrumental in stopping the war. He recounts his efforts through the years to find himself; he explains the darkest period of his life in the war and its paradoxical connection to his epiphany: a spiritual discovery of service, compassion, and love toward others as a means of preventing his own suicide. He describes his long journey toward healing as he seeks self-forgiveness and forgiveness of others and of God for his stupidity and perverse taking of life. He looks at the sociology of class struggle, both in the military and at a college in California, as a professor and counselor and as a director of a large disabled student services program. He finds peace, purpose, and healing through his work with disabled students and later with those living in his RV park who are among the lowest socioeconomic groups in our society.

This book will make the reader cry, laugh, and become angry at the arrogance of authority and how history continues to repeat itself. The author realized years ago that surviving PTSD meant facing the whole truth. If he can help combat veterans cope with their problems and find truth and meaning in their lives as a result of this book, he will be deeply gratified.

In 1965 Bill Roberts volunteered for the army and served in Vietnam during the Tet Offensive. He later received his AA degree from Pierce Community College, his BA degree in sociology from California State University, Northridge, and his MA degree in rehabilitation counseling from California State University, Fresno. He worked for thirty years as a counselor/professor and director of disabled students services in a California community college, is now retired, and lives with his wife in Tehachapi, California.