Hooligans, Doormen, and the Ten-Metre Walk 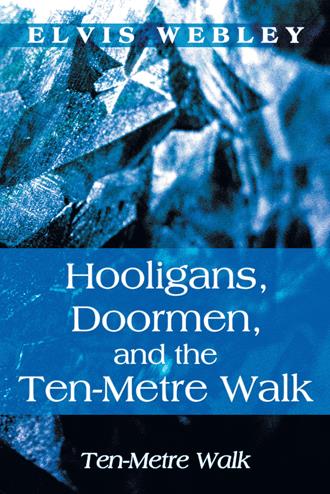 Hooliganism as long been regarded as the match day syndrome. It is as been said; many people conduct themselves normally throughout the week, then on match day they turn into this uncontrollable monster. This is true to a certain degree, but I think it only relates to the part timers.
I remember many occasions, where lads would meet up during the week and sort out problems which weren’t football related at all; and believe me, it would be deal with, with the same zeal and passion as a match day encounter. The ‘bhangra revenge’ episode was a catalogue of events, which ended up with lads being severely dealt with; who at the end of the day cared very little about football.Hooligan culture exists throughout the week, but is only seen on a large scale during football events. To imply a decent person suddenly becomes a maniac because it’s a match day; is a very shallow observation to have. What that interpretation is saying is; if a situation occurred which was potentially violent, then unless it’s a match day the individuals involved will turn the other cheek (rubbish). Or those involved in hooliganism are in fact 100% Jekyll and Hyde characters, with schizophrenic natures. I have never subscribed to this view and, using my past as an example; if you’re very naughty on a Saturday, then you’ll be very naughty Monday to Friday as well.

A similar view can be levelled at certain bouncers. Some bouncers don the black suit and for reasons better known to themselves, react in an arrogant and aggressive manner. I consider this type of doorman akin to the hanger on hooligans, who need a crowd and a vibe to bring out their violent desires. Whereas a hard core hooligan is relatively hard-core through their regular week; and doesn’t necessarily need a crowd.

The bouncers who are blatantly over the top on the door, regardless of circumstance, are often over the top during the week as well. A lot of the doormen I’ve met who constantly act aggressive; are involved in aggressive things out side of the door job. Their conversations are often dominated by violence and scraps. The interesting thing is, the door game hasn’t made them this way, they were like this before they even stared.

When you’ve been involved in the worlds of football hooliganism and bouncing, you can’t help but notice the vast differences; while at the same time respect the similarities. With a genuine hooligan there is no middle ground. When you set out on match day, your soul existence is to have the tear up and be part of the row.
Whether you’ve been a good father, good boyfriend, good boss or good husband, when it comes to the day of battle, you’ve one objective and one objective only and that is violence.
The violent aspect of the hooligan is what separates them from genuine doormen. A genuine hooligan desires violence and war, a genuine doorman desires reasoning and peace. On a match day, from the moment you get out your bed and throw on your gear, you know exactly what lies ahead. The desire to unleash this fury outweighs the responsibility of your job, your income and in many ways your family. Regardless of what the strikers do in the match, your goal is clear and that is a meeting with the rival firm.
The average Joe will ask the question, what makes grown men resort to violence and anarchy?, and the reason though not cut and dry, can be found within the history books of mankind,(TRIBAL WAR FARE)
From the dawn of time mankind as always found a reason to fight, whether it is the country you’re from, or the skin colour you inherit. Any thing that separates you from another person is sufficient reason for war. If you have ten Caucasian men in a room, then the colour issue is negated. If the ten men though being of the same colour enter a heated argument, then country of origin becomes the focal point .i.e. English, Irish, Scottish.
When a catalyst for confrontation as been found, and a reason for assault justified, then mankind’s violent nature does the rest.
Some answers are made more complicated than they need to be. Football hooliganism is no more a mystery than the loch ness monster. Hooliganism exists because war exists and hate exists and in a nutshell the violent tribal nature of man exists. From my limited knowledge of life I consider conflict a simple issue to explain. Governments and psychologists don’t like easy answers. If you studied for 10 years at Oxford University, you wouldn’t feel pleased if it took you months to find an answer, which the man in the street finds in a week. A simple and straight forward observation makes the boffin feel on the same level as the uneducated man and to them that can’t happen.

DOORMAN
Unlike the hooligan a good doorman doesn’t go to work with the hope and expectation of a good punch up. The genuine doorman realises that violence isn’t something to cherish or welcome with open arms. Violence in any form can be frightening, life changing and in some cases fatal. When a doorman goes to work, he knows the risks that accompany the job and based upon his knowledge, he’s wise enough to know war isn’t something to covet.

I was once part of a notorious group that visited football grounds around Britain. Meeting with the opposition fans for—well, let’s just say it wasn’t to share stories over a cup of tea and biscuits! I was also a very well-known doorman working the rave and city centre nightclubs. I have compiled some interesting scenarios that we encounter during our lives, and I will try to offer some help and advice, to anyone who is willing to listen. You’re in a situation where running is out the question and the only means of survival is to fight for your life. This is the situation you’ve been eagerly waiting for; how will you react? Will you stand and battle, which could result in a loss of life, or will you run and risk serious retribution? Whatever decision you make, represents the passing or failing of life’s Ten-Metre Walk. This is the distance between battle and bottle. It also represents the fight-or-flight syndrome, or a possible flatline in the local hospital. The situation faced is met by many doormen as well. “Shall we sort these lads out, or do we let them take the piss?” Either scenario is met with the Ten-Metre Walk. How will you make yours?

Elvis is the father of five children—Christina, Alana, Jaidon, Jacob and Luke. Elvis and his wife, Marlene, have been together for more than thirteen years. He is heavily involved in security and operates as a freelance security officer. Elvis is also very keen on fitness and is actively involved in training for self-defence and boxing.