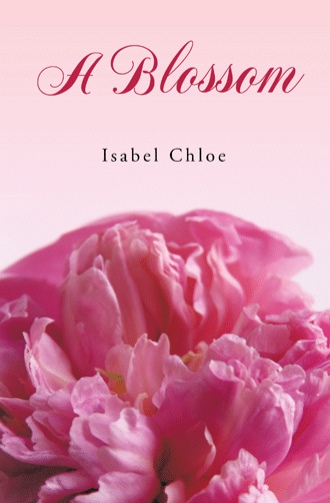 Gina grabbed the device from the agent and walked to a car. “Give me the key, Cooper!”
Agent Cooper threw Gina the car key.
Gina turned to Natt and said, “Tag along! You might be useful!”
As soon as the vehicle sped away, everyone’s tension melted away. They started to talk and joke while processing the scene.
Nate and Gina were silent during the drive.
When they exited the freeway, Natt said, “It’s a she? A woman?”
“Yes, but it’s possible she is the owner of the car—but not the person you saw. It says she’s eighteen.” Gina passed the device to Natt. “Here’s her DMV record.”
Natt looked at the picture; the girl had long, platinum blonde hair.
Natt said, “Maybe she has short hair now.”
“We will know soon,” Gina said.
The GPS flashed, and Gina parked. “We are here.”
Natt and Gina both looked to the right. There was not a single light on in the house.
“Let’s go,” Gina said.
“But.”
“But what?” Gina didn’t conceal her irritation.
“It’s almost midnight,” Natt said.
“So?” Gina opened the door.
Natt followed her to the front door.
Gina rang the doorbell four times before a light turned on in the window.
The door opened, and a petite girl in a nightgown showed her sleepy face. Her face was abnormally pale and smooth. Her eyes were incredibly shining. Her hair reached her lower back. She showed surprise for a second—and quickly cloaked it with an icy tone. “How may I help you?”
The coldness in the voice gave Natt a chill.
Gina didn’t budge. “FBI. I would like to ask you some questions. May we come in?” Gina flashed her badge.
“No. Ask me here.”
“Fine. Where were you between nine and eleven?” Gina asked.
“I drove downtown for a French dip sandwich.”
“And what time was that?”
“I didn’t keep track. I parked, and I didn’t feel hungry anymore. I left.”
“And what time was that?”
Ziarre squinted. “I’m not sure.”
Gina scowled.
Ziarre said, “I left when the clock struck nine. I didn’t pay attention to the exact time.”
The clock struck twelve times behind her.
Gina said, “May I see your car?”
“Do you have a warrant?”
“No,” Gina said through gritted teeth.
“I have to work tomorrow. If you don’t have any other questions.”
“Were you driving a red Audi S8 tonight?”
“No, black,” Ziarre said.
Natt opened his mouth, but no words came out.
Gina’s cell phone rang. “Thank you, Ms. Evans.” Gina turned and answered her cell.
Ziarre immediately shut the door.
Natt felt lost.
Gina hung up and turned to Natt. “Let’s give you a ride home.”
Natt said, “I don’t understand. That’s it?”
“For now. She’s hiding something. This case is more complicated than you thought, Dr. Whitehall.” Gina paused. “Actually, I could use your expertise.”
“What?”
“One of my agents called from the hospital. He found some mucus on the victim’s shirt. Unknown chemicals again.”
“Again?”
“Yes, Dr. Chemistry,” Gina peeked at Natt. She laughed. “I will have samples delivered to your lab tomorrow. I mean today.”
“What?”
“I will explain everything in the car.”

Eighteen-year-old Ziarre had been haunted by secrets related to her birth in Los Angeles. And, greedy monsters in her life had made her into a cold and hostile creature. The nightmare didn’t end there. Human remains found at Malibu Shores forced her to make another sacrifice. An FBI agent, Gina O’Neill, suspected Ziarre’s involvement in these cold-blooded crimes. Agent O’Neill invited her old friend Natt Whitehall, who was a new assistant professor of chemistry, to help her on solving this mystery. Agent O’Neill indeed smelled something. The preying instinct was in Ziarre’s blood. However, the motivation behind these cruel murders was beyond everyone’s imagination. More secrets waited as Agent O’Neill and Natt Whitehall continued their investigations.
Ziarre struggled between her family and the calling of her nature. Ziarre needed to fight for her freedom with all her might. With already enough trouble at hand, another deadly surprise was waiting for her. Can she survive another murderous monster in order to live a real life? Was it too much to ask for?

Isabel Chloe has worked in teens and tweens book publishing in the past. She also cares about child welfare and has participated in a charity project for autistic children.

After living her youth in Los Angeles and Orange County, Isabel Chloe now lives in London to pursue her career in counseling with arts, besides writing. Things she misses most about the States are availability of mocha lattes and her short road trip in Alaska.