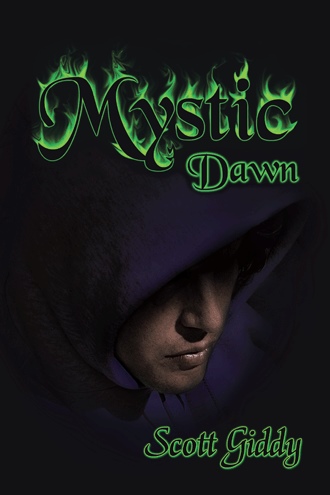 The earth moved with what seemed like an earthquake, and at the same moment Gaia could hear a crackling noise, short and instant.

Quickly opening her eyes she could see a bit of smoke surrounding a figure in the distance, further off closer to the trees.

Gaia adjusted her eyes trying to get a better look at the person. It didn’t help.

The figure continued to walk closer but the sun now glared on the person. Not only could Gaia not see a face, she also couldn’t see if it was a man or a women.

Standing up Gaia hesitantly walked closer to the person. She cupped her eyes with her hand in an attempt to block out the sun to see the person better.

The person stopped moving and stood still with their hands at their side and their feet shoulder width apart.

Finally the sun went behind one of the only clouds in the sunny sky. Gaia took the momentary opportunity to take a closer look.

“Lynxus?” Gaia called. “Oh my god Lynxus It’s really you. You’re back!” exclaimed the excited Gaia as she attempted to sprint towards Lynxus. She stopped several metres away from him and looked at him. He didn’t move. Gaia looked into his eyes, they weren’t their normal brown colour, but seemed black and completely hollow.

“Lynxus…what’s wrong?” Gaia asked as she slowly manoeuvred herself closer to him, stretching out a helpful arm.

It happened so quickly that Gaia couldn’t stop it. Lynxus' eyes briefly flashed red and anger filled his face. He grabbed Gaia’s outstretched arm and reeled her into himself. He put his hands on her shoulders and thrust her body towards the ground. As he did this he forcefully kneed her in the stomach. Lynxus then lifted Gaia up the best he could, created a fist with his right hand and with extreme power punched Gaia on the left side of her face.

Gaia passed out as Lynxus limply let her body fall to the ground. Once it had settled on the ground Lynxus stood on her with one foot, and continued to push down all his weight onto that one foot until he heard a satisfying cracking noise. Lynxus then proceeded to walk over Gaia, and then continued the rest of the way across the field, leaving Gaia’s motionless body lying where it fell. Lynxus never once looked back.

The Guardians—beings with immense and diverse powers over earthly elements such as wind, fire and lightning, and abilities of the mind.

For over a millennia, the Guardians’ sole purpose has been to protect the world from disasters and those who would cause strife, prevailing in many wars and succeeding in peace.

When a wayward Guardian Mez, angry at the world and his family, returns home, he decides to take vengeance on those who sought to protect him and evict the Guardians from their homes and the land of Amara Belle. As dim and dreary as the situation would seem, three young Guardians, Dynasty, Blaze, and Lynxus; all return to the mighty palace to rid their home of the intruder.

As the battle between the homeless Guardians and the rage-driven Mez continues, loyalties will become tested and cities fall from the might of their powers. And as the final dawn approaches, the true aftermath and devastation becomes very evident.

SCOTT began writing Mystic at the age of eighteen, and currently at the age of twenty-five has decided to share his work. With aspirations to be an author, Scott’s aim is to share Mystic with the world and find one person who enjoys the story as much as he does.