God’s Creation and Men and Women Who Followed Christ 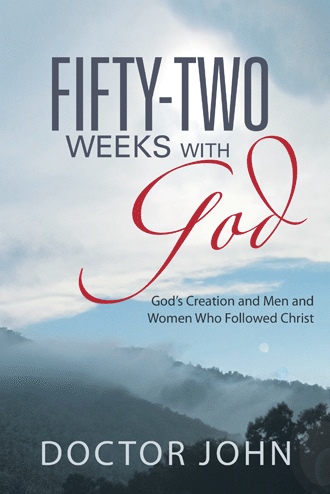 Sometime when it was raining, we went into the living room and listened to the radio with Daddy and Mother. We heard abut money banks closing and some people loosing all of their money and getting in debt. A lot of people lost their jobs and had no way to make money to buy things. This is what they called the Great Depression. Some people were even jumping off of bridges or out of windows to kill themselves. We could not understand that. We didn’t have very much money but we had everything we needed. Daddy talked to us and told us that we were really rich with everything that was important. He got the Bible and read what Jesus said, “Lay not up for your selves treasures upon earth, where moth and dust doth corrupt, and where thieves break through and steal. But lay up for your selves treasures in heaven, where neither moth nor rust doth corrupt, and thieves do not break through and steal” (Matthew 6; 19, 20)

While we sat around eating taffy, Mother had us tell the group what we wanted to be when we grew up. Bobby said that he was going to sail on ships and see the world. Pauline said that she was going to be a nurse. Mary Elsie said that she was going to marry a successful man and raise a family like Mother. I remembered the chicken, whose leg I had set, and said that I was going to be a doctor like Dr. Allen. One boy surprised me when he said that he wanted to be like Johnny Lawrence. It shocked me to think that anyone would want to become like a little skinny guy like me. That night I asked God to help me be a good example for others because I never would know who might be watching me. Daddy was right when he told us to always tell the truth no matter what and to love and respect everybody.
After we left Cherokee we drove up the mountain in The Great Smoky Forest. We came to a parking place at New Found Gap. The retaining walls were made from local stone by the WPA, a public works program started during the depression by congress while Theodore Roosevelt was president. As we drove down to Gatlinburg, Tennessee the bridges and retaining were also made by the WPA workers. We were told that they were very proud of their work.

Fifty-Two Weeks with God is composed of fifty-two meditations on God, God’s creation, and men and women who gave their lives for others. The book begins with New Year, the time we think of what we have done before and repent and resolve to correct ourselves. We sit in awe at God’s magnificent creation and what He has done for us. We meditate on the lives of others who felt the call to follow Christ and care for those in need. We meditate on the innocent children whose characters and beliefs we mold as we care for them by word and deed. We meditate on the spirit of God, the spirit of love and truth. We meditate on God’s promise for us to be with him in the warmth of his love for eternity if we follow His example and teaching.

Doctor John was born in 1931, during the Great Depression, in Citronelle, Alabama. He and his six brothers and sisters grew up in the family of a Methodist preacher and his wife. They learned to love themselves, their neighbors, work, and God’s good earth. After finishing high school John entered Huntingdon College in Montgomery, Alabama, to become a Methodist preacher like his father.

During college he changed his major and became a premedical student. He earned his MD degree from Emory University. He did his intern and residency training in pediatrics at Georgia Baptist Hospital in Atlanta, Georgia.

After retirement, John began to meditate on God, God’s magnificent earth, God’s magnificent creation, religious holidays, and men and women who gave of themselves for the needs of others and the betterment of the brotherhood of mankind. These meditations have been incorporated into this book.