From Gut Feeling to Bottom Line in Challenging Areas of Business 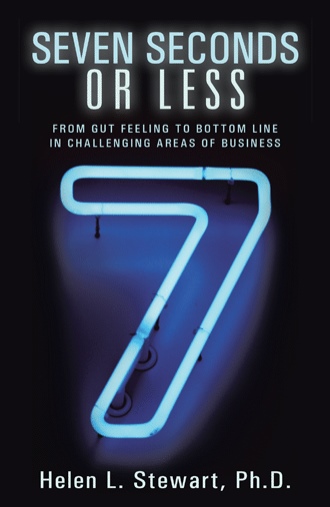 “Intuition does not denote something contrary to reason, but something outside of the province of reason. –Carl Jung”
For a time I was on the speaker’s bureau of a national organization that supports the personal and professional development of CEO’s. In one of those workshops I asked if any of the somewhat skeptical participants were working on a new product that had not been shared outside the company. One man in particular raised his hand and agreed to play along with our little intuition game. I’ll call him Robert. This happened near the beginning of the workshop, so no one in the room had received any training at all from me or anyone else yet on business uses of intuition.
I asked the other members of the group to describe the product Robert’s company was working on. “Just start babbling,” I instructed them. By the way, each CEO support group is constructed in such a way as to avoid placing possible business competitors in the same group. In this way members could be as open as possible in their discussions with each other.
Right away people started throwing out descriptive phrases, feelings, words, and images. We eventually filled up several sheets of butcher-block paper with descriptions of this very secret new product: how long it would take to complete; what marketing or production challenges the company might be facing with the product; how the company would be doing two, five, and ten years from now; and what one piece of advice each member would give to Robert. One group member even jumped up spontaneously and drew a picture of what he thought the product looked like!
When we finished, our volunteer Robert was free to tell us only what he comfortable with talking about in feedback to the group members. By the time this little exercise was over, not only he, but also everyone else in the room was picking his or her jaw up off the floor. This collaborative effort, this very short game, resulted in an uncanny description of the new secret product under development in Robert’s company, and he ended up sharing enough to prove the point: everybody is intuitive and anybody can tap into that capacity at any time on demand.
There are many additional questions that could be raised about this instance of intuition at work, including questions of privacy and business ethics. There were controls in place so that Robert could not give clues through body language. But for now let’s just say that it is possible for people to get information about other people and companies in seven seconds or less with no formal training. That is my assertion. Whether this latent talent is acknowledged or developed is quite another matter, but the capacity is there.
• “BASIC TIPS FOR SEVEN SECOND DECISION MAKING: TRUST YOUR GUT FEELINGS, even if they don’t make rational sense; then find out later how you know what you know
• Trust the gut feelings of others and encourage their expression in the workplace
• When you frame intuitive questions, avoid leading questions and ask for an open ended best option, whether or not you have already considered a specific set of rational choices
• Accept and trust the very first image or idea you receive; sort out the “why” later
• Describe images or phrases in detail before interpreting them
• Remember to ask if there are additional issues or parties to consider
• Accuracy requires detachment from the outcome: learn simple techniques for discernment and detachment
• Practice
• As we say here in Hawaii, talk story. Communicate non-linear information to each other.]
That’s the Workshop!
What I taught Robert’s group the day they figured out his secret project can be summarized on a 5X8 card, just like the one above. Dive in and trust that the gobbledygook you seem to be coming up with from out of nowhere actually has some meaning. If not for you, then for the person or project you are thinking about. That is the fun and the power of intuition!

Seven Seconds or Less is a book about applied intuition for mergers and partnerships, human resource management, new product development, and other important aspects of business.

Companies and leaders have relied on intuition or “gut feeling” since the beginning of time. The proper use of intuition is a liberal art, not an occult one. This book demystifies the process of learning to use intuition on demand in the world of business. Through the use of intuitive techniques and qualified professionals, companies can have the benefit of hindsight now. They can find out in advance how actual or potential decisions play out in the future and adjust those decisions to avoid undesirable outcomes, while increasing desirable ones. The result is greater productivity, higher morale, lower costs, and better service! The techniques are lighthearted and fun, and yet the implications are significant. Decision making in seven seconds or less may signal a new era in business development.

Trusted advisor to many, Dr. Helen Stewart provides intuitive information to individuals and companies in the US and abroad on a wide range of business subjects. Grounded in mainstream professional training and experience, she calls her intuitive process “Seven Second Decision Making.” Currently she lives on a sweet little hill in Honolulu, Hawaii.

Visit her online at drhelenstewart.com.