And the Love of His Life 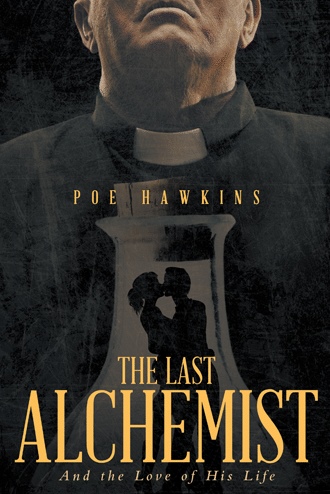 CHAPTER ONE
THE LETTER AND THE LAW

Once in awhile a novel like, “The Shack”comes along and captivates our imagination. Such a novel is, “The Last Alchemist”, a tale involving an ex-priest, a young girl in search of life’s meaning, a Hollywood actor, a cunning detective and an alchemist who has been alive since the ninth century, living in stolen bodies down through the ages. The chance meeting of these characters and their subsequent relationships result in mayhem, lust, murder, love and transcendental magic. You will be shocked over and over again as you try to anticipate what will happen next in this wonderfully twisted story about people trying to hold on to their views of reality. Your own views of reality will be seriously challenged in this paranormal thriller. Visit www.thelastalchemistnovel.com.

Poe Hawkins is a pseudonym for a writer who created an entirely new life for himself after escaping from jail years ago under a hail of bullets. He is the author of several books and screenplays, one of which has been optioned in Hollywood.