Find the Way to Discover Your Own 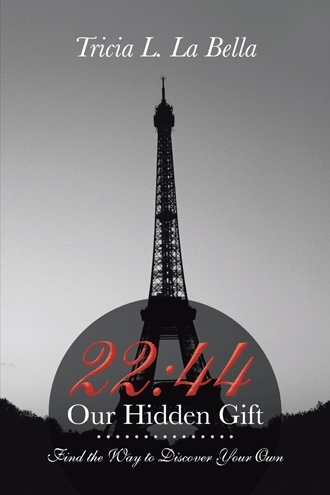 The “Firsts” Are the Hardest

You can never really know the pain of losing people very close until it happens. Keep them close in your memories by maintaining their life story and the mysteries that surrounded them.

Christmas was always going to be hard. I had heard it so many times before from people who had lost loved ones: “You feel it on special occasions and the ‘firsts’”—first Christmas without them, first birthday, first Easter.

I had lost friends, aunties, uncles, and acquaintances, but never an immediate family member. It wasn’t until Dad passed away that I actually felt the deep pain of loss. Before that, my understanding and talk must have been from a distance. Not that distance was a bad thing; distance brought a different perspective, which was often useful. However, distance could be cold, theoretical, and conceptual. I realized distance had protected my heart. When I lost my dad, however, there was no chance of avoiding it. I was in that space where deep intense emotions are felt.

I have since created a bridge between the two—distance and heart, the points I flitted between often at the beginning. Sometimes I was in my heartfelt emotions and sobbed uncontrollably, and sometimes I was at a distance with perspectives that kept my sorrow at bay.

Overall, I found that feeling loss at that level changed how I experienced life. It added another layer to “me” and how I responded to things. It added a layer that was more sensitive and real. I could feel both sad and happy at the same time. I recognized that one didn’t make way for the other; the two coexisted in my world.

To tell you the truth, the loss of my dad was more painful than I ever imagined it would be. I’m not sure why it had such an impact. Was it because I wasn’t expecting it? Or because I witnessed such a difficult final process? Or that I didn’t do enough? Or because it was the first of my parents? Or because I loved him so much? Or because I felt I hadn’t captured all I wanted to know about him? Or the reality that I’d no longer have our weekly chats? Or that there was a lot still to say? Or that I realized how hard and yet how easy it was to die? Or that I was sad for what he would be missing? Or that I was sad for what I would be missing? Or that this would happen again and again in my life? Or all of these?

Whatever it was, it was hard. Fortunately, to parallel these sad and difficult moments, there were many others to comfort and pull me from the sadness.

The day of Dad’s operation, my daughter Danielle confirmed she was pregnant. Even though it was very early to announce, she felt she needed to let her nonno know as soon as possible (she was blessed with a strong intuitive nature). It was in the first couple of days when he came out of his coma that she broke the news. He was so happy. He rubbed her belly and was so proud that he was to be a bisnonno for the first time! Humorously he asked, “How did that happen?” We all laughed. He joyously told the doctors and nurses about the news. The fact that he knew about his great-grandchild brought me comfort.

There were other things that gave my mum, sister, and I comfort during that most difficult time. We felt many were signals of the greater divine’s presence throughout the time of his passing. Some might call them coincidences or good fortune, but they felt like more than that.

My dad was not a very religious man; spiritual yes, religious no. He was a firm believer in the greater God or whatever you’d like to call it, but he did not agree with the all the man-made constructs of the church. He supported those who did well in the day-to-day—that was his religion.

Fortunately, such a person looked after Dad while he was in intensive care—a male nurse, Brett, who Dad trusted and felt safe with and who cared for him on many days in the ICU. You could see he was happy when Brett was around. On Dad’s last day on earth, amazingly, Brett was on duty. It was certainly apt that it was Brett who bore witness to his passing.

Knowing that Dad was in his final moments, Brett (who was a religious man) offered to contact his local parish priest for Dad’s final blessing. He explained this was a wonderful priest for such things. While grateful for the offer, we had already organized someone from the local cathedral. That priest, however, because of last-minute sickness, could not attend, so the cathedral organized another priest who was just able to fit it in before he departed overseas.

As Father Devine walked in to provide the most beautiful words for Dad’s passing, Brett’s face lit up. He was the local parish priest Brett had intended to call. It felt right to have Father Devine for this blessing.

It felt just as right to have a picture of Padre Pio on the front cover of the memorial card we prepared for Dad’s funeral mass. Padre Pio’s name, for some strange reason, was mentioned quite regularly by different people during the final days before Dad’s passing. While we didn’t think too much of it at the time, when it came to choosing a picture for the memorial card, an image of Padre Pio (that I had searched for many weeks earlier) appeared on my phone. It seemed to come from nowhere. We all agreed it was significant, so we chose his image for the card.

Padre Pio of Pietrelcina was a recent saint of Italy. We had known about him for a while. This came about when my mum did her family tree and discovered that we were distantly related on her mother’s side. Apart from that, he bore no significance in our lives … or so we thought.

It was a couple of weeks after the funeral when Mum needed something from my dad’s wallet that she discovered a very old and worn out prayer card with the image of Padre Pio and his healing prayer. This man must have been important to Dad. We all felt comforted that Dad was well looked after.

The week before Christmas, my mum and sister returned to the intensive-care unit at the hospital to give thanks and best wishes for Christmas. They met up with the wonderful doctors and nurses and, fortunately, Brett. His young son had been very sick during the time of Dad’s illness and had become even more critical. Brett informed them that one night, he had decided to pray to Padre Pio—his significance in our life then unbeknownst to him—for help, and it was not long after that his son made a good recovery.

Coincidence or not, we took comfort in this strong Padre Pio connection.

You see I have come to take note of instinctive feelings and coincidences. There were so many over the years. They often guided me.

In June 2011, for example, I got a strong feeling about a work situation. It was while in my lecturing role at TAFE SA (Technical and Further Education South Australia) that I went with my feelings to begin changes that were needed for a new course in 2012. Usually we would commence the course changes toward the end of the year, November and December. For some reason, this urge arrived in June, so I followed it. I was working at a ferocious pace to restructure, redesign, and reproduce all that was needed. What was my rush?

I had learned from past experience that these feelings made sense down the track, so it was wise to just go with them. By the time Dad was diagnosed in mid-September, much of my work was completed. This enabled me to spend the next six weeks or so by his side with my mum and sister. I took the time off work to be fully present at this challenging time. I started to make sense of the urgency I felt earlier.

By the time I returned to work, which was a couple of weeks after dad’s funeral, I was still on track to complete the work needed for the next year. Naturally, things did not feel the same. I was grieving...

In 2006, Tricia La Bella’s life was turned upside down. She heard the word that no one ever wants to hear: cancer. Once she recovered from the shock, she changed her life to save her life. The experience proved to be a valuable teacher, offering life-changing lessons about healing and well-being that reshaped her perspective—and inspired a career change. After twenty-five years in the fitness industry, Tricia used her ordeals to transform her passion for helping others in a new way: she became a life coach, and things started to get back on track.

In 2011, she heard that word again—this time, for her husband, Steve, who was diagnosed with stage four mantle cell non-Hodgkin’s lymphoma.

Here, she shares their remarkable journey back to health and hope, describing how the power of love and support can pull anyone through the darkest days of their lives. They learned that even in times of intense challenge, there is always something special to draw upon—that even when things are at their worst, life has a way of delivering the unexpected.

For Tricia and Steve, their special gift arrived at 22:44.

Tricia La Bella is a life coach who, after twenty-five years in the fitness industry, learned that she had cancer. She then embarked on a personal discovery of healing and well-being, resulting in her present career. She currently lives in Australia.