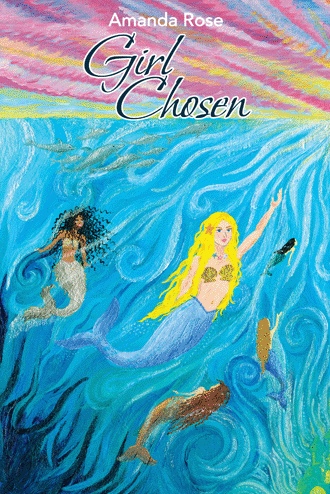 Why did Albert Einstein famously say that ‘Imagination is more important than knowledge’? Because flashes of brilliance are possible when we guide our minds outside of their usual pathways, and imagination is our vehicle to get there. That is why Einstein also said, ‘If you want your kids to be intelligent, read them fairy tales.’ Exploring the territory of imagination is a journey of excitement. And this applies to grown-ups as well – at least to those who wish to live a juicy life until the end.

GIRL CHOSEN is not your typical fairy tale. It does not whisk you to a land of princesses, dragons and enchanted palaces. And don’t expect to find vampires or zombies there, either.

Instead, get ready to go to a tropical beach, through the eyes of the relatable Sara James. Expect everything you would hope for, from a good trip to the beach – sunlight, romance and the thrill of the ocean. GIRL CHOSEN promises action-packed entertainment and expansive story-telling, sure to awaken the imagination.

Amanda Rose has always been an outdoor adventurer. In 2002 she moved to the Hawaiian island of Kauai and spent a decade observing and swimming in the ocean, and writing. She now lives in the Sierra Nevada Mountains with her husband, two kids, and big black dog. She is at work on the sequel to Girl Chosen.