I Healed from My Past and So Can You

Living with a Secret 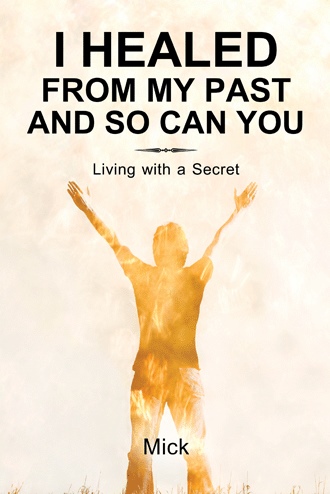 When I first started my healing I was very desperate to change my old behavior and thinking patterns. I knew it was going to be challenging because I don‟t have very many memories of my childhood. I went everywhere to find answers. I went to church, spiritual healers, psychics, I even asked people that I knew or met. I wanted other perspectives and new ideas on how to change my life. The one that really sat with me was if you change the way that you think you will change the way you look at things.

Mick shares how to let go of your past and to learn to forgive so that you don’t live with regrets or resentments. His story has inspired thousands of people to find the answers they are looking for and to lead positive and healthier lives, free from the past. Learning to live in the present moment allows freedom from depression, anxiety, and fears. Inner peace was Mick’s number one focus; once he achieved that inner peace, he made it his life’s purpose to help others find peace as well. Loving and accepting yourself is the key to happiness. No matter where you are in the world or who you are, you can be touched by this inspiring story of how he has taken all of the challenges in his life and turned them into something that is positive and inspirational. Mick believes in you, and now it is time for you to believe in yourself!

Mick was born in Edmonton, Alberta on Jan 15 1969, when Mick was just 2 weeks old, he was taken away from his alcoholic birth mother and father due to severe neglect. By the time he was 12 years old, he had been through 37 foster homes. During this time, he was exposed to severe physical, emotional and sexual abuse. He spent his childhood without a stable, loving family and experienced severe emotional trauma and abandonment from birth. As a result, Mick experienced almost complete memory loss of the first 12 years of his life. To this day, he has only been able to piece together the early years of his life by researching case files from Child Protection Services and recollecting the few memories that he had. Once a teenager, Mick continued to experience severe sexual and physical abuse from his foster families. Living as a transgender person, he had more challenges than most people but he never allowed himself to give up hope for a life of happiness.

In April 2006, Mick was destitute, at the brink of taking his own life, felt he was completely alone, unloved and unwanted, and began a series of failed suicide attempts. Finally he realized that he had to believe in something or he would die.

He began his journey healing by enrolling in Vancouver’s Rhodes Wellness College and completed the life skills course. Because of the severity of his life story, trauma and the extent of emotional, physical and sexual abuse he had suffered from birth, it took Mick several attempts to finish the course, but ultimately, he persevered and became a certified life skills coach.

Mick has over 2,000 hours of accredited counseling education, and he has been coaching since 2008, and has been motivational speaking since 2010.

Mick owns a Life Coaching Business and also has a following of over 37,000 people on his Facebook page, does online counseling through Facebook and receives dozens of emails a day from people who seek him out from around the world .

Micks clients include people from all walks of life, including music artists, professional athletes, children and families and everyone in between.