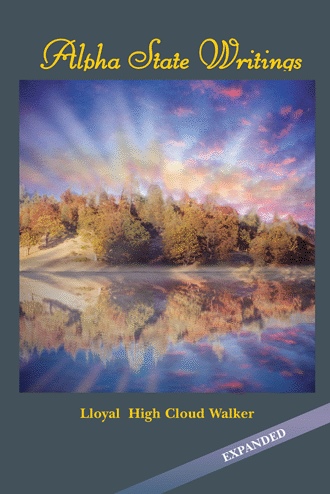 Alpha State is that state often achieved in meditation, wherein the brain produces mostly alpha waves. Think of sailing over a clear, calm lake, of those spaces between asleep and awake, of running through tall grass, seemingly afloat, of breathing effortlessly, fresh air from a clear lake after a thundershower. Now that you are there, enjoy your read.

Author is a Baby Boomer, described as a big blue eyed man, born and raised near Detroit, Michigan. He moved to California soon after coming of age, and started a mobile Auto Repair business. He studied Zen, Transcendental Meditation and various New Age Philosophies starting in his teens. He holds a brown belt in Karate, is a Reverend of the Universal Life Church, a Scientology Clear, Reike Master, Theta healing practitioner, and a multiple prize winning author and poet. He lives in rural North California.