Embrace Your Inner Self

Awaken Your Natural Ability to Heal 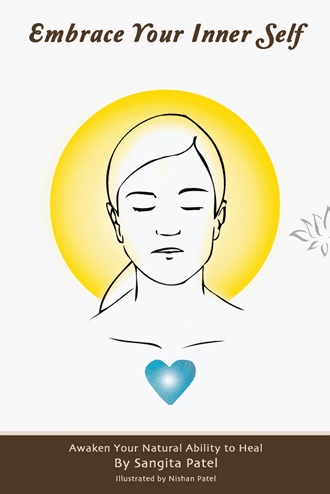 When we embrace our inner child, we awaken our natural ability to heal physically, emotionally, mentally, and spiritually. Many people do not realize their own power.
I did not believe it for most of my lifetime either
but once I had experienced it, I felt like I was reborn again.

In my first 40 years of this circle of life, I was often a victim. I suffered pain and struggle to over come obstacles. I had so much anger, frustration, and sadness inside of me and toward the world. But now my life has changed. In The Journey Within
I share with you my life journey and how my life was completely transformed in
an instant starting with practicing Qigong and using other holistic tools with
the healing power of love, forgiveness, and kindness.

We are all blessed with the natural ability to heal ourselves—
we can unlock this ability once we realize how to embrace our inner child.
We just need to bring that awareness and learn how to use these simple and
powerful tools in our daily life to shine our light.

It is my hope that this book will inspire people around the world
to experience this complete guide to healing for themselves and share it with others.

With this book you will:
-Regain your inner-peace and support awakening your inner-wisdom
-Develop your own ability to Heal, Harmonize, and Organize your life
-Create your own simple action plan to start seeing results

Sangita is a speaker, and energy healer. Her journey began after surviving a car accident and losing her only brother. When Sangita embraced her inner self, she awakened her natural ability to heal. She is committed to help those who are willing to heal themselves to live a joy-filled life.