A Story of Friendship and a Search for Happiness and Truth 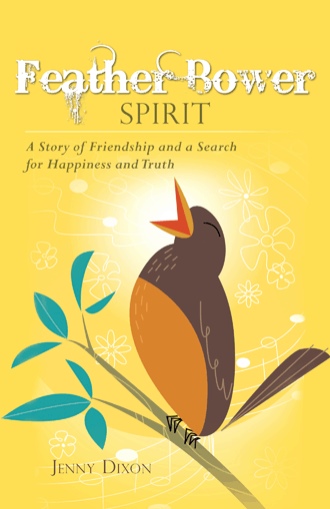 I woke up and wondered, how did I get here? Not for the first time I might add. However, on this occasion I really wondered how I ended up here, in this apartment. Adjacent to a long, meandering, 1850’s, early settler constructed, sandstone wall. It seemed to divide the people on one side, from the wildlife, animals, birds and nature. The other side of The Wall revealed a National Park. Perhaps not so meaningful to some, but to me it meant I could look out through my window on the second floor and see a family of rabbits running about, an Echidna with a pointy nose, a very shy Bandicoot, many varieties of birds, a pretty yellow tree snake, tall grasses, and big shady trees.

It didn’t feel like city living, but here in my little sanctuary, I was a mere thirty-minute ferry ride from the centre of Sydney. I was keen to bridge the divide and bring the Kingdoms together as one. It didn’t take long before I knew that the next step on this spiritual journey was to seek the wisdom and guidance of Nature. I knew the questions I wanted answered but little did I know where this new journey would take me, how exhausted I would become before finding a true sense of freedom and peace.

Several years ago—well almost ten now—I set out on a path of questioning: who am I really? Why am I here? How do I reach my full potential and find my Divine Purpose? Is there a God and how do I find him or her? Along with the old favourite: how do I find happiness? Shortly after I began my spiritual path, the place in which I was living, fell to pieces. It had to be rebuilt from the ground up, and apparently so did I.

Time passed. I had done all the courses and classes I could do. I had meditated almost to death. When I had no idea who I was anymore or what I was even looking for, an Owl showed up on my white privacy board on the balcony, as the sun began to set behind it. I heard this strange noise like a HOOB, HOOB, HOOB. I thought it might have been my refrigerator, as it made odd noises. It turned out, the Owl had returned. He appeared several times during my ten years at that abode. On this occasion the Owl spoke. He said, “You have reached an ending of the old and a time of new beginning. It is done. Look to the East now for rebirth.”

The Owl is my totem animal for the West. He brings wisdom and clarity. The Western compass point, on my Shamanic Medicine Wheel, represents death and rebirth. It was time to let go of the old, release the past and find something new. After Owl’s appearance I suddenly felt very tired, I had to lie down and sleep. It was the same old dream I have had for many years. I am in a hall with dozens of students, sitting for an exam. I open the test paper and have no idea how to answer any of the questions. Not only that, I don’t even know what the questions mean, what they are asking, or what language has been printed on the paper. I just don’t understand or even recognise the words or their meaning. I look around me but everyone else seems okay and I wonder, “What is going on with me?”

Soon after Owl’s visit, all the work was finished on my home, after several years of trade people traipsing in and out and making a mess. It was done. So I left.

Only a week earlier I had no idea where I would be living. I decided it was time to leave and find a new abode. A week later I woke up and saw The Wall meandering down towards the water, bushland beyond it as far as the eye could see, and the rising sun. My totem animal for the East is a snake, so it didn’t surprise me at all the day I saw a snake abseiling down the stone Wall. Snakes mean regeneration, shedding of the old skin, rebirth as well as ancient wisdom. I knew I was on the right track. Well, as certain as I could be on this path of up and down, knowing everything one minute then nothing the next, clarity and fogginess, this daily life of duality and polarity.

First to welcome me was a Magpie. Not the usual type of Magpie because I looked it up on the Internet. I found a completely different description from the bird looking at me on my railing. This bird was agile, smaller than a normal Magpie. It had small beady yellow eyes, a black pointy beak, thin black legs, black leathery feet. Magpie was almost all black but for some white feathers under the tail, at the tip of the wing and the tip of the tail. This bird became my constant companion during the ensuing two years, my dear friend.

He would stand balanced on one leg, on the back of my outdoor chair and look at me, for hours. I thought he was waiting for food, so I would throw him some tasty morsels. He delighted in catching them mid-air, showing off his aeronautical and acrobatic skills. Very agile was he and quick. If I looked out my study window, he would see me from way off in the distance and charge over to a perfect landing on the railing. Then he would hop onto the back of the chair, bounce onto the table or over to another chair. Or he would land atop the divider and crouch down to see if I was approaching. He would swoop towards me as if intending to fly inside but stop short to avoid crashing into the screen door. Sometimes I would see him flying way up high. He is a great flyer, and I would notice his white markings under his wings and tail. 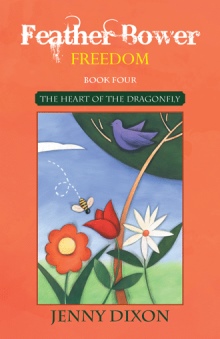 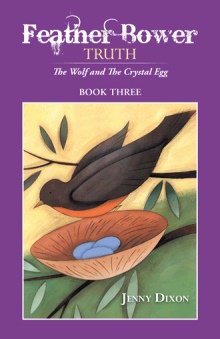 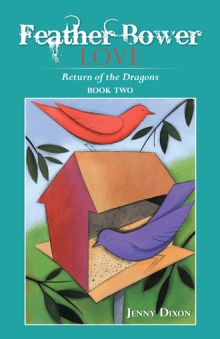 There is a moment in Miss Jay’s life when she stops looking at the world and starts truly seeing it. She begins to notice strange and miraculous things—gifts from the universe to one who would embrace them as an absolute truth.

Birds and animals appear at significant moments, sharing wisdom and messages and allowing Miss Jay to understand how all life is connected. She forms special friendships with three very special birds: Bindi, a rainbow lorikeet with a feathered dot on her forehead; Kooky, a kookaburra with great spiritual insight; and Master Zen, the Magpie who holds shamanic energy and is connected to spiritual elders.

Soon, the birds and animals reveal answers about truth, happiness, purpose, meaning, and even God. Miss Jay’s travels take her to the Red Centre of Australia to meet with the Grand Mother Rainbow Serpent at Uluru and to the depths of the Great Barrier Reef. There, she discovers a Crystal Light City and makes a new friend—Hira the great humpback whale.

Wise souls know that there is a need to balance the elements of earth, air, water, fire, and ether within our own Chakra systems, as well as around us. Isis, Osiris, and Horus appear and bring through words of encouragement and guidance.

Why do all the animals seem to know about Miss Jay? What is her sacred mission? Who is Vargo? Friendships are rediscovered and bonds secured as they all work together to help Miss Jay find the answers to the biggest questions she’s ever asked.

A decade before the publication of her first novel, Feather Bower Spirit, Jenny Dixon left the corporate world of information technology to embark on a journey of self-discovery and spiritual learning. She enjoys life on the Northern Beaches of Sydney, Australia.