The Wonders of Journeying in the Afterlife 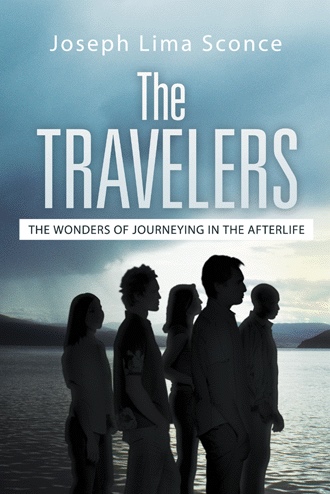 "Yes. That is all true, Christine." Nurse Howard spoke for the first time. "What do you believe happened to create such a situation?"
"Before I answer that question, I have one of my own. How long have I been under sedation?" Christine inquired, the first stirrings of an undefined excitement creeping into her voice.
"Less than 10 hours, Christine." Howard answered.
"Less than 10 hours? Even if by some miracle, Dr. Stokes had found a way to reverse the destruction of my liver by the Hepatitis, it would take months of recovery before I felt this good. Therefore, the only logical conclusion is…" A look that started as fear, but gradually changed to joy and relief swept Christine eyes.
"Yes Christine, go on." Howard encouraged.
"…that I died! I died of the Hepatitis, and I am now in a new... ah, spiritual existence!" Christine said joyously.
"Very good Christine. Yes, you are now in the Spiritual World. Specifically the World of Spirits, which is a place between Heaven and Hell, where all people on Earth come to after their natural bodies cease to function. But you are not dead Christine. What you went through we call 'the transition'. Death has very different meaning here. The REAL you, your mind, and soul are alive and well. And since you are now in the Spiritual World, you are aware of your spiritual body, which as you can see and feel is very much like your natural body. Only that your spiritual body is in perfect health, and except for some possible temporary exceptions will remain so for eternity." Howard explained.
Christine looked her medical team for a while, and then started crying in joy. After a while, she said. "Thank you God! Thank you for giving me eternal life!" And then Christine closed her eyes and started to pray silently to herself.
Howard waited until Christine opened her eyes, and then said. "Excellent Christine, you thanked the right person. If I may ask, when you closed your eyes, were you praying?"
"A rather personal question, don't you think? But somehow, I don't feel any annoyance toward you, or embarrassment in answering it. Yes, I was praying. First an 'Our Father', and then a prayer of my own creation." Christine answered smiling to Howard.
"Personal inquires are much more acceptable in this World than on Earth. Interesting. You call yourself an agnostic, but seem to be quite adept at praying. You use the 'Our Father' prayer, but then also invent prayers of your own. Why is that?" Howard asked.
"Well, the 'Our Father' prayer is general, ecumenical prayer, it is appropriate for anybody that believes in a single deity. But, I don't belong to any organized religion, because none of them show even an attempt at a logical construction of God's purpose and methods. I have researched dozens of religions, and frankly, their belief systems are simple minded at best, completely outrageous at worst. For example, the way the Old Testament frequently depicts God as an angry, vengeful deity is repugnant to me. That is not a God but a devil. So I kind of have my own religious belief system, and have created prayers based on these beliefs." Christine explained.
"What if I told you that there is one religion on Earth that its belief system is based on logic? That this religion encourages questioning and skepticism of its doctrine. That in this religion God is seen as being ONLY Love, and does not have or express any other kind of emotion. That in this religion 'faith' is based on understanding what this religion is trying to tell you, rather than the other way around. In other words, if you don't understand some part of the doctrine of this religion then you should not believe in it." Howard intrigued
"I think I certainly would have read or heard of such a wonderful sounding belief system. I have not." Christine said skeptically.
Howard laughed. "See, I have encouraged your curiosity and skepticism, already. The prophet of this religion was a 18th Century scientist: Emanuel Swedenborg. Heard of him?"

Joseph knew that he was doing it again. What he was saying was logical, but his intention now was to destroy the morale of this infuriating woman. That was his test, and he was starting to fail.
"If I am totally crazy, then why bother talking to me? What, you think you will get closer to your version of Heaven by trying to be nice to me? If that is the case Mr. Sconce, using your 'logic' you just took a few steps closer to your Hell!," Jane said hitting right on the mark.
Joseph took several deep breaths, to try to control himself. She had hit the nail right on the head. But how to help this woman, without making her shake her off her delusion that they were still on Earth? Maybe by sharing a secret with her? A secret he had not even told Christine? It was risky, but...
"Jane, I'm sorry. Look one of the main doctrines of my religion is that every religion has something good to offer for our salvation...Even your Baptist religion and the Presbs also. And I just violated that doctrine. A scientist founded my religion, and his Writtings consist of about 30 volumes, of over 18,000 pages, and more than 95% makes logical sense. But ..." Joseph was cut off by Jane,
"But what, Mr Sconce?" Jane asked irritably but curiously.
"Look, Jane, can you be trusted to keep a secret?" Joseph asked
"I don't know. Do I look like a person you can trust?" Jane asked.
Joseph looked carefully at Jane's face, and decided that he could.
"Okay, I will trust you. As I was saying, over 95% of what Swedenborg has to say is logical. But there is a little 70 page book in the Writtings that if taken literally, is beyond insane. It is without a doubt the most crazy supposed Divine revelation from any religion. The name of this book is 'The Earths in the Universe'." Joseph informed Jane
"And what does this book say that is so crazy?" Jane asked curious.
Joseph summarized what the book said in a few sentences. No more information was necessary to show the literal insanity of that book.
Jane first looked aghast, and then started laughing. "And you Swedenborgians believe THAT?"
"The hard core: 'You shall always take what is said in the Writtings literally' do. Most Swedenborgians don't believe what it literally says, but prefer not to be reminded that that book exists. A few, like me say that if the book is NOT taken literally it gives quite useful and innovative information." Joseph informed Jane.
"And your point of revealing me this secret of your religion?" Jane asked
"For two reasons: 1) Every religion contains items in their holy books that are simply completely unbelievable on any level that is not insane if taken literally. That includes my religion and yours too. 2) That believing in something when all evidence points to the contrary is a type of insanity. For you to believe that you are still on Earth, is coming close to insanity." Joseph bluntly told her.
Jane thought about that. Joseph's revelation of his religion's weak spot showed courage, she could not deny that. Maybe she should show the same courage and admit to him that, yes, her denial that she was in another world was approaching the level of insanity that this book in his doctrines demonstrated. She made a decision.

The main theme of my book is that the afterlife is real and substantial and that all of us, when we arrive there at some point, will soon realize this. Our spiritual bodies are very much like our natural bodies, except that the spiritual bodies are in perfect shape. Life in the afterlife is, at least superficially, very much like life on Earth. People in the spiritual world live in real places: beautiful cities or country locations in heaven, and noisome slums in hell. People there work as they do on Earth—willingly and joyously in heaven, not so in hell. They also enjoy time off from work, which is marvelous in heaven and, within strict limits, somewhat enjoyable in Hell. We are full human beings in the afterlife, up to and including that dreaded word for most religions—sex. But in the spiritual world, time and space function differently, being fluid and connected to our thoughts and emotions; deception is nearly impossible, and the economy is a moneyless one.

I have been a believer in a real and substantial afterlife that is based on the divine writings of Emanuel Swedenborg since 1977. It was in 1977 that the best friend I ever had, Cathy Osuna, died at the age of thirteen. That event introduced me to the wonders of Swedenborg’s magnum opus, Heaven and Hell. I currently live in Fairfax County, Virginia. I am forty-eight years old and have worked for Trader Joe’s for ten years.