- A Dog and His Angels 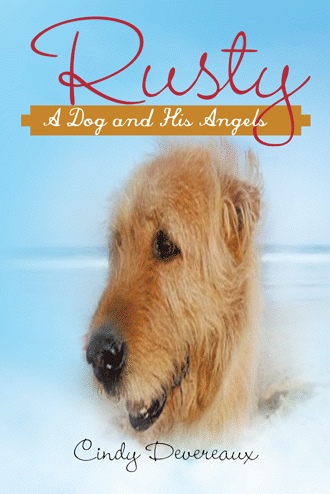 “My little dog—a heartbeat at my feet.” —Edith Wharton This story begins in Brooklyn, New York. Rusty, a terrier-chow mix, could be described as a family member, loyal companion, teacher, best friend, and quite possibly, the neighborhood mascot. If the proverb “it takes a village to raise a child” could be paraphrased and dog substituted for child, it would describe Rusty’s relationship with his neighbors. They looked after him as if he were their own – giving him walks, rides, play dates, and treats. His owners adored him. Children made sure to visit him every day on their way home from school—and on those rare occasions when he ran away, search parties were formed to bring him back home. He was known for his playfulness and sweet disposition. When family members had emotional challenges, he stayed by their sides. A channeled message from Archangel Michael, at an International Angel Day workshop, said: “Don’t worry about Rusty; the angels are looking after him.” The reason for this message became clear two years later when Rusty’s idyllic lifestyle was surprisingly interrupted. That situation was turned around when one of his owners remembered to call on the angels. They answered, saved him, and fulfilled Archangel Michael’s promise. That is why his story is called "Rusty - A Dog and His Angels."

Cindy Devereaux is a vocalist, passionate animal rights advocate, and a student of metaphysics. She is an angel card reader trained by Narmada Akshat and holds a Certified Angel Card Reader certificate from Doreen Virtue, Ph.D and Radleigh Valentine. She has also studied The Four Agreements with don Miguel Ruiz and A Course in Miracles with David Hoffmeister and Tara Singh. Her website is: www.angelnotesonline.com