Healing the Mind, Body, and Spirit with the Help of The Beings of the Light 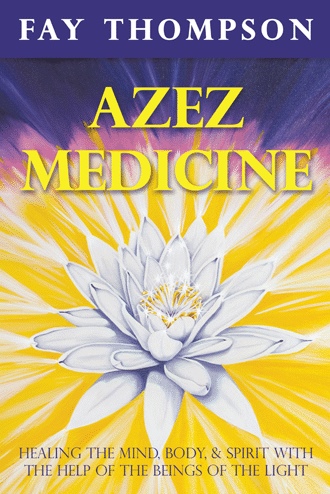 And that was that. I still had some fear to work through, but it was easier somehow knowing why I was different. It was also comforting to know that I was not a misfit, but someone who came from somewhere, someone who belonged somewhere, and someone who was here on purpose.

As I began being more open and confident speaking about The Beings of the Light as a race of beings from the star Azez, others started coming out of the woodwork, just as The Beings of the Light had said. I began mentioning them, then channeling them, in all my workshops and the messages they provided resonated strongly with the participants. In a matter of a couple of weeks, I had met around ten people who felt their soul, too, was from the star Azez. This was miraculous to me. I was no longer alone in my weirdness. In fact, my weirdness was becoming more mainstream everyday. It seemed that my admitting my truth was allowing others to admit theirs.

I have been noticing the magic and miracles ever since. You may think me to be crazy, but if this is crazy, I don’t ever want to be sane again. I have never felt more assured of who I am and what I came here to do.

When Fay Thompson tapped into the star wisdom of Azez, little did she know her life would be transformed with healing messages of love and divine guidance as given to her by a group called The Beings of the Light.
Azez Medicine describes Fay’s very personal journey from emotional pain and self-criticism to one of emotional well-being and self-acceptance. Both a story of a spiritual journey and a reference book, Azez Medicine contains practical and powerful information regarding how to heal yourself easily, using the guidance of The Beings of the Light.
Fay shares what The Beings of the Light taught her about healing the mind, body, spirit, and more—and you’ll see that these loving beings are eager to help you too. In fact, this book will show you how to work with The Beings of the Light and the wisdom of Azez to empower and heal your entire life!

FAY THOMPSON is a licensed Spiritual Health Coach specializing in Subconscious Mind Correction, a spiritual teacher, and channel who offers private healing sessions and various workshops. Her aim is to empower each person to live from a place of truth and realize the immense potential within. For more information on Fay and her work, visit www.faythompson.com.