Connected by The Light

Paranormal Experiences of a Psychic 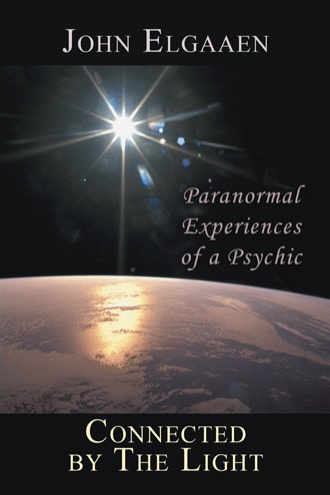 Here is an excerpt from segment 14, "Light from The Other Side."

Walking down the hospital corridor to his room, I was filled with different mixed emotions. It would be nice to see him, but I wondered how he would look health wise and how serious his condition would be. As I got closer to his room, those emotions within me built-up and intensified. It is hard to see a friend or loved one in that situation of deteriorating and poor health, but it would also be enjoyable to have the short visit with him.
After going through the door and entering his room, I was totally taken by surprise at what I saw. Expecting to see an ailing older man in very poor health, I instead saw something that fully shocked and astounded me. He was wearing a standard hospital gown, but my eyes were drawn immediately to his face. The very first thought that came into my mind after seeing his face was "He has the pureness and innocence of a child." In fact, I was so stunned when seeing that quality within him that I stood motionless, quietly staring and trying very hard not to show my feelings of surprise and awe.
It is my belief from personal observation that those in Heaven are eternally in the prime of their lives. Since there is no earth time in Heaven, everyone there is enduringly young. Although they can change their appearance much like we would put on a different set of coths, their natural soul appearance is that of a youthful person in their prime. This is not something based on fiction and some imaginary tale, but rather based on my own experiences with those in the higher realms.
Another feature of these young looking people in Heaven is that they have a great quality of spotlessness and innocence about them, always reminding me of children. In fact, I have nicknamed them the "30 year old children." Children have much purity and goodness within them, and I have also found the same qualities in the people residing in the higher realms. They might appear fully grown and in the prime of their lives, but God's pureness in their souls shines through with incredible radiance.
As I looked at the older friend lying in the hospital, I noticed he had no wrinkles. His face was pure and blemish free, with the wonderful bright glow of righteousness around his face. Needless to say, it was startling when expecting to see a failing person in very poor health, but instead entering the room and witnessing such splendor. Seeing that magnificent light around his face left me feeling totally awestruck.
Why did I see this and what did it mean? I feel the brilliant glow was his aura, the energy field which is around all of us, that was changing. Over the years, I have sometimes noticed before a passing, a person's aura will start to gradually change. As the energies of the physical body become weaker, the energies of the spiritual side start to increasingly dominate. At this time, a person about to pass will actually start becoming more spiritual and less physical, even though they still have not yet left the earth plane. The passing is inevitable and it will happen. However during this process, they are making the gradual transformation from the physical to the spiritual side.
Of course this can't happen when death comes fast and without warning. In those instances, a person can be very vital and alive on Earth one moment, and then they are gone the next. With those people, there is no time to make the gradual readjustment. I have often thought when a person has had a terminal illness that has lingered; they have actually been in the process of "growing to Heaven." They are slowly making the adjustment to their new body, and once the silver cord attaching the physical and spiritual selves is severed, the adjustment is complete.
Although I was expecting to see an older man very sick in the hospital bed, instead I had a glimpse of the wonderful body he was about to have. He was going to have a body that is always young and in the prime of life; a body that is always filled with the pureness and innocence of a child. He did live for another week after seeing him, and then he quietly passed over to the warm glowing light of The Other Side.

John Elgaaen (pronounced Elgone) has a wonderful and extraordinary message to share with you. A psychic since birth, he has experienced perceptions that go far beyond our normal five senses.

His lifelong experiences have shown him that we are not only physical people inhabiting Earth, but we are also spiritual, multidimensional beings, capable of raising our consciousness and connecting to energies of very high realms. These high realms of light that exist beyond Earth are filled with great purity and goodness, having energies that vibrate of unconditional caring and perfect harmony.

You will read about angels and loved ones on The Other Side that act as guardians over us, the brilliantly magnificent energies of light that shine there, a little ghost girl that needed help in crossing over, and many other fascinating and amazing life experiences. He will also explain many aspects of psychic perception, why it occurs, and how you can also increase your own sixth sense awareness and light connection.

It is our birthright to have this uplifting spiritual bond in our lives. We owe it to ourselves to be the best that we can be. Further expand your consciousness and enlighten your spirit, then enjoy the fulfilling splendor of being connected by The Light.

John Elgaaen, a lifelong psychic, received a vision of God. Two days later, John was told by his guide that God wanted him to write about his experiences, sharing them with others. Connected by The Light fulfills that request. Mr. Elgaaen lives in California, close to family and surrounded by friends.