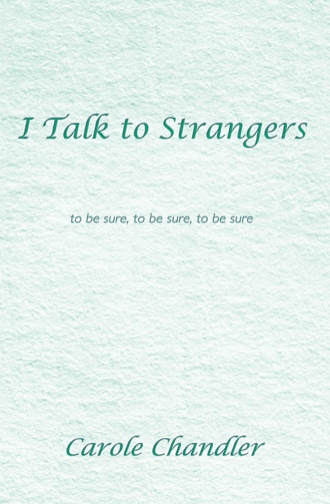 At last I had organised my trip to Ireland and finally the day had come. I had wanted to visit the Emerald Isles for as long as I could remember. Over and over again I had found myself saying that I wanted to go but had never been and realised that there was nothing stopping me but myself. As the year started I made the decision to stop talking about wanting to go and well, just go.

One of the reasons for my excitement was to see if my joy of talking to strangers was limited to my encounters at home in London. I love meeting people and continue to be surprised and delighted by how people seem to find reasons to chat to me. People come and go and I revel in the pleasure of learning something about myself from every person that I meet. I hear repeatedly that our English capital city is unfriendly, yet strangers speak to me for all manner of excuses. I wondered how experiences might compare in Ireland’s capital city. There was only one way to find out.

It was departure day and I woke up with the alarm, which is a rarity for me. I am accustomed to the efficiency of my body clock, now that I have stopped using the unsocial hours of NHS hospital work as my excuse for interrupting my necessary REM sleep. Good grief, no wonder I was ill so often, no wonder I was tired so often, no wonder I was miserable so often. The only issue was that I did not realise it. Sick, tired and miserable were my norm and I had no idea that I could feel different or that life could even be different.

Alarm set for 5.33, eyes opened, bing! Oh joy, I was off to Ireland. It would have been an understatement to say that I was excited. It seemed such a long way ahead when I booked it four months earlier and the day had finally arrived. Yay! I remember booking my trip in January. I sat at my computer and the thought process was clear, where do I want to go, Ireland, what do I want to do, dance, so I searched those two words. Up popped a tango weekend in Dublin in April and after a few minutes browsing their pages, I booked myself on what turned out to be a bit of an adventure. My intention was clear, my primary reason for my holiday was to experience the place and the dancing was a secondary factor.

In the run up I tried to play it cool, tried to play down my excitement and that clearly did not work, for the oddest thing happened the day before departure day, something so very odd that I simply cannot remember the last time it happened. I was late for work. Well I do remember once over twenty years ago, I was late on my first day of a new job, the day after moving home. It was especially annoying as I had done a trial run of the journey the night before, to make sure everything went well, what a pity that plan fell flat on its face. I was late because the clocks changed, thanks to the ever so popular and ever so necessary daylight saving. I was totally unaware, I assume due to my busy schedule in the preceding week.

So, I was late for work the day before my hols. I do not know how and I do not know why. I gave myself two hours for a thirty five minute journey. Admittedly, I made a slight detour to buy a couple of books for my trip but that fails to explain how or why I managed to be twenty minutes late. Anyway, that’s enough about all that.

I wanted to be out and on my way by 6.00 but I was not getting out of bed before completing my morning meditation. Why do I meditate every morning? It is my good feeling way to start the day. People tell me that they do not have time to meditate. I suggest that there is value in making time for it. Meditation puts the ‘to do’ list into perspective and changes priorities. Often seemingly urgent things do not need doing at all.

Just for fun, I had given myself a challenge of doing the same meditation every morning for a month before getting out of bed. This month I set the goal of doing a laughing meditation. Yes, a laughing meditation. I figured that if laughter is the best medicine then I would self-prescribe, self-medicate and treat myself to a jolly start. From the first day I felt myself enjoying the benefits. I started by inhaling deeply, then on the out breath, laughed and laughed, complete with shoulder rolling, stomach grabbing and rib hugging. Well obviously I had to go through the motions, it would have seemed silly without it, right? Seriously though, the more I did it the easier it became. Of course it felt weird at first but it was worth the effort. For thirty three breaths I would just keep going and sometimes my eyes watered and my jaw ached. Funnily enough, it was occasionally hard to stop myself. It proved to be a jolly fun way to start the day. Anyway, with the laughing meditation over, I had other matters to concern me.

I was ready in a flash and left a message for my eighteen year old son in the form of an A5 sheet of paper with a smiley face on it in red felt tip, leaving it in a prominent position i.e. in front of the television, where he would obviously find it. The smiley face encompassed all I wanted to say. There was no need for a ‘remember to...’ or a ‘don’t forget to...’ I was leaving him alone for the first time and had every confidence that he would be fine and enjoy the break as much as me. Surely, it was only going to do him good to not have me around. It would do him good to wash up occasionally. It would do him good to throw away his empty food packaging. It would do him good to ... you can fill in the blank.

I did not want him to worry. I had been asked the question, “Won’t people think it is a bit weird seeing you walking around on your own?” Perhaps it was a fair question but I was not going to worry about that. All I knew was that I was looking forward to my adventure. He was used to me telling him about strangers chatting to me around the town on buses, in the street, in shops, just about anywhere. Would it be the same in Ireland? I had no idea. I shrugged off any concerns. They were unfounded and I have rightly or wrongly never been one to allow such thoughts to cloud my judgement. I was going and that was all there was to it. 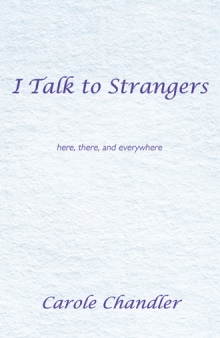 I Talk to Strangers
Carole Chandler
$18.99 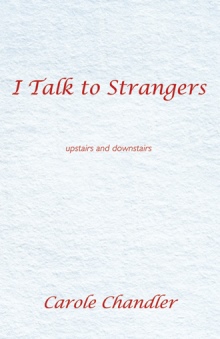 I Talk To Strangers
Carole Chandler
$18.99

I talk to strangers because they talk to me, and a tango holiday in Ireland inspired my first book.