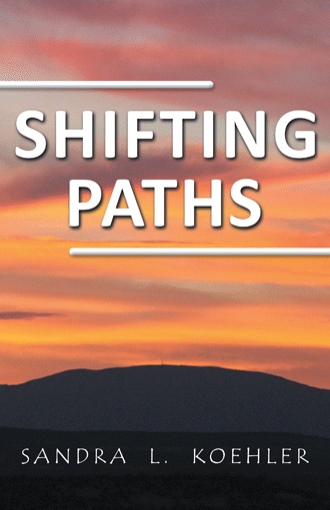 Dillon rubbed the aching bump on the side of his head then tried to sit up. His head banged the inside of the trunk with a sharp thud. "Shit!" Conscious enough to be aware that he was in an enclosed space, Dillon opened his hazel eyes to the darkness of the trunk. Feeling the vibration from the car as well as the frequent bumps as the tires rolled over the rough terrain, he moved his left arm to touch the interior walls. Breathing in exhaust fumes and dust into his lungs, he coughed, then wrinkled his nose in distaste. Dillon's mind raced with thoughts. "Don't panic. Stay calm. Think! How can I get out of here?" Feeling for a release mechanism along the back edge of the trunk, Dillon scratched his finger on a sharp piece of metal. His eyes squeezed shut as the pain radiated up his finger while blood dripped onto the gray carpet covering the floor of the space. Dillon pressed his injured finger against his tongue to stop the oozing blood as a low moan escaped his throat. He squirmed his body around to face the back seats of the car. Muffled music could be heard over the constant rumbling inside the trunk. The edge of the gray carpet ripped as he pulled it away from the seats. Smooth, cool metal felt good against the skin of his hands. Dillon's body flew into the air and landed hard as the vehicle bounced along the dirt road. Air in his lungs exhaled as the pain from the jolt radiated along his right ribcage. Both hands pushed hard against the back seats as he tried to pry an opening. Nothing happened. Dillon used his elbows and knees to squirm closer to the corner. Shoving his left hand into the crevice between the side panel, he slid it up and down searching for a handle to move the seat forward. His fingers touched a metal bolt that fastened the seat to the frame of the car. Damn! What else? What else? Grabbing the carpet edge, he pulled it to expose the metal cover over the spare tire. Adjusting his body around the opening, Dillon twisted the latch and pulled the cover to the side. Reaching inside the space, he pulled out the jack and the crank. Breathing heavily, he twisted his body so that he could place the jack upright near the rear trunk latch. A sharp pain moved down his shoulder as he tried to insert the crank over the knob on the jack. Bouncing roughly, Dillon placed his hand on the lid of the trunk to stabilize himself. Licking his dry lips, he positioned the crank onto the jack. The crank pulled up and down easily until the jack touched the lid of the trunk. Dillon took a deep breath, then slowly released it as he pulled down on the metal crank. His muscles strained as he continued moving the handle in uneven, short bursts until he heard the click as the trunk popped open. Adrenaline pumped through his aching muscles as Dillon grabbed the outside edge of the trunk and hoisted his body out of the trunk and into the wall of dust billowing behind the vehicle. Keeping his arms and legs near his torso, his body collided against the dirt roadway and flipped over as the momentum pushed him in a rotating motion. Coughing dust and exhaust fumes out of his lungs and throat, Dillon blinked dirt out of his eyes while orienting himself to his surroundings. Sitting up, he saw through the dusty haze the outline of cactus and shrubbery on each side of the dirt road. As he watched the brake lights glow through the dust, Dillon stood up and ran toward the desert. Thorny branches scratched his face and arms as he raced through the moonlit landscape.

Crashing through the desert shrubbery, Dillon raced for his life as watchful eyes peered down from above. The secret of his fate remained unknown until his older sister, Suzette, made a three-day hike into the Superstition Wilderness with her good friends, Timber and Doug, and four high school students.
The challenges the teenagers were dealing with seemed minor in comparison to what they faced in the wilderness. Nate had been frustrated with his mom, her boyfriends, and a threatening drug supplier. Marcie lived with an alcoholic dad and her abused mom. Jonah had to fend for himself as his parents lived the life of the rich and self-indulgent while Markus risked an athletic scholarship to protect a teammate.
Attacked and threatened by wildlife and cataclysmic events out of their control, they had to work together to survive. Forced to shift paths, each of the hikers faced adversity and unexpected challenges to make it back to civilization.

SANDRA L. KOEHLER has a Master of Environmental Planning and a Bachelor of Landscape Architecture. She loves to explore nature and participate in activities such as scuba diving, hiking, backpacking, canoeing and rafting. Sandra lives in the Phoenix area and enjoys creative writing and photography.